Cyclone Hudhud is landing near Visakhapatnam 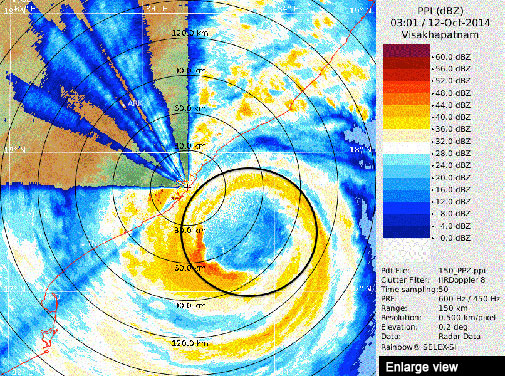 This image from Doppler Radar of Vizag (taken 8.31am IST) shows Vizag at the (+) mark. The black circled region shows eyewall and eye (where the yellow ring inside black circle is the eyewall—place where strongest winds and heaviest rainfall takes place. So, the eyewall is about to hit Vizag and coastal areas around it. By 12 noon, the eye is expected to approach the region and cross the coast during the afternoon hours. This will be the period when the rains will be stopping, almost (image below shows blue shaded region which is the eye where rains vanish), and winds will also decrease until the eye passes. People usually think that as the weather has become less intense, cyclone has passed and so they venture out. However, just after this eye passes, weather once again turns severe with a complete reversal of wind. 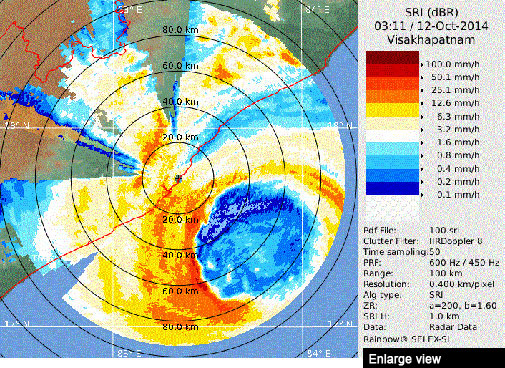 Maximum winds at the moment should be close to 200km/hr gusting as high as 250km/hr.

The weather conditions will be relaxing in Vizag and surrounding areas by late tonight.