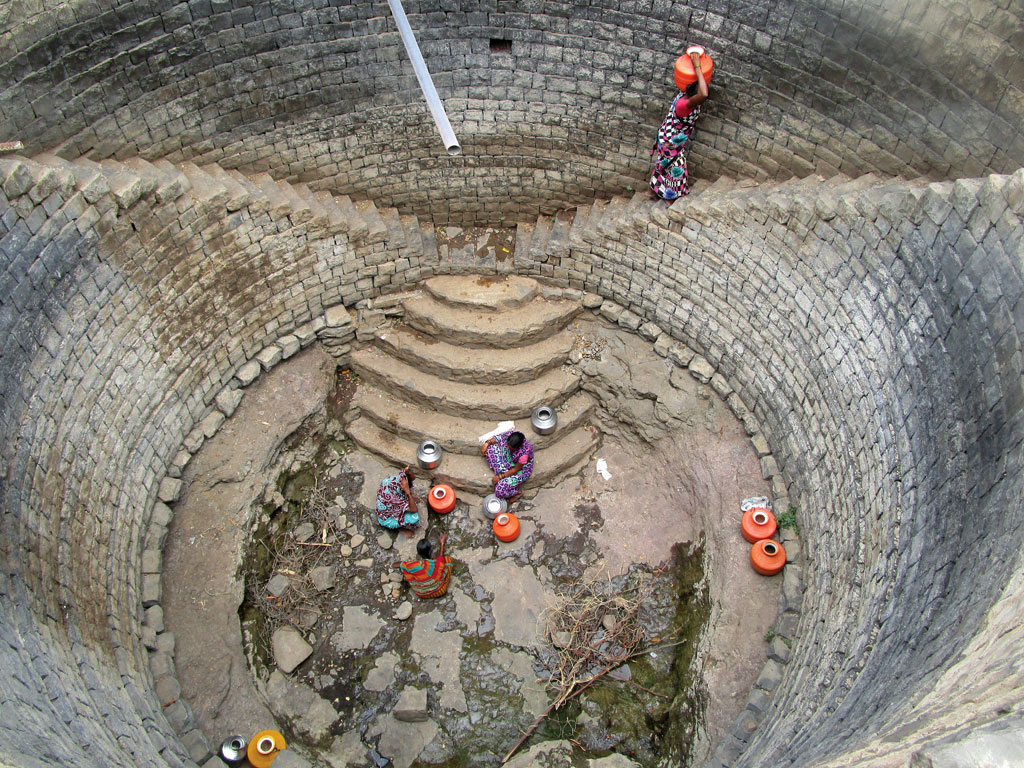 Jhabua, late 1980s. This tribal, hilly district of Madhya Pradesh resembled moonscape. All around me were bare brown hills. There was no water. No work. Only despair. I still remember the sight of people crouched on a dusty roadside, breaking stones. This was what drought relief was all about—work in the scorching sun to repair roads that got damaged each year or dig pits for trees that did not survive or build walls that went nowhere. It was unproductive work. But it was all that people had to survive the cursed time. It was also clear that the impact of drought was pervasive and long-term. It destroyed the livestock economy and sent people down the spiral of debt. One severe drought would set back development work for years.

The country is once again reeling from crippling drought. But this drought is different. In the 1990s, it was the drought of a poor India. This 2016 drought is of richer and more water-guzzling India. This classless drought makes for a crisis that is more severe and calls for solutions that are more complex. The severity and intensity of drought is not about lack of rainfall; it is about the lack of planning and foresight, and criminal neglect. Drought is human-made. Let’s be clear about this.

In June 1992, Down To Earth published an article by editor Anil Agarwal and colleagues on the state of drought. Their analysis was that while large parts of India were under the grip of drought, by official meteorological accounts it was a near-normal year. He went on to argue that drought would be here to stay unless we learnt again the millennium-old art of managing raindrops. Harvesting water in millions of water bodies and using it to recharge groundwater was critical. In the late 1990s, when drought reared its ugly head again, Down To Earth explored how villages had beaten the odds by managing their water sagaciously. It was a lesson taken by political leaders as they then launched water-harvesting programmes in their states.

However, this effort to rebuild water security was wasted in the following decade despite the opportunity to get it right. There was rain—years of deficiency were fewer—and there were government programmes designed to build water structures. Under the Mahatma Gandhi National Rural Employment Guarantee Act (MGNREGA) millions of check dams, ponds and other structures were constructed. But as the intention was not to overcome drought, but only to provide employment, the impact of this labour has not shown up in the country’s water reserves. The structures were not designed to hold water. In most cases they were holes in the ground that quickly filled up with soil by the next season.

But this is not the only reason for water desperation today. India has prospered over these decades. This means today there is more demand for water and less availability for saving.

Yet governments do not have a drought code that can handle this situation. In bad old times, when there was drought, the British-designed drought code would kick in. It meant that water for drinking would be requisitioned by the local administration; fodder for animals would be procured from long distances; livestock camps would be opened and food-for-work programmes would be started. The objective was to check misery and as far as possible stop distress migration to cities.

But this code is outdated. Water demand has increased manifold. Today, cities drag water from miles away for their consumption. Industries, including power plants, take what they can from where they can. The water they use is returned as sewage or wastewater.

Then farmers grow commercial crops, from sugarcane to banana. They dig deeper and deeper into the ground to pump water for irrigation. They have no way of telling when it will reach the point of no return. They learn this only when the tubewell runs dry.

This modern-day drought of rich India has to be combined with another development: climate change. The fact is that rain has become even more variable, unseasonal and extreme. This will only exacerbate the crisis. It is time we understood that since drought is human-made it can be reversed. But then we really need to get our act together.

First, we should do everything we can to augment water resources—catch every drop of water, store it and recharge groundwater. To do this we need to build millions of more structures, but this time based on water planning and not just employment. This means being deliberate and purposeful. It also means giving people the right to decide the location of the waterbody and to manage it for their needs. Today, invariably, the land on which the waterbody is built belongs to one department and the land from where the water will be harvested belongs to another. There is no synergy in this plan. There is no water that is harvested. The employment that will be provided during this drought must be used to build security against the next one.

Second, revise and update the drought code. It is not as if the richer parts of the world do not have droughts. Australia and California have gone through years of water scarcity. But their governments respond by shutting off all non-essential water use, from watering lawns to hosing down cars. This is what is needed in India.

Third, obsessively work to secure water in all times. This means insisting on water codes for everyday India. We need to reduce water usage in all sectors from agriculture to industry. This means benchmarking water use and setting targets for reduced consumption year on year. It would mean doing everything from introducing water-efficient fixtures to promoting water-frugal foods. It means making our war against drought permanent. Only then will drought not become permanent.