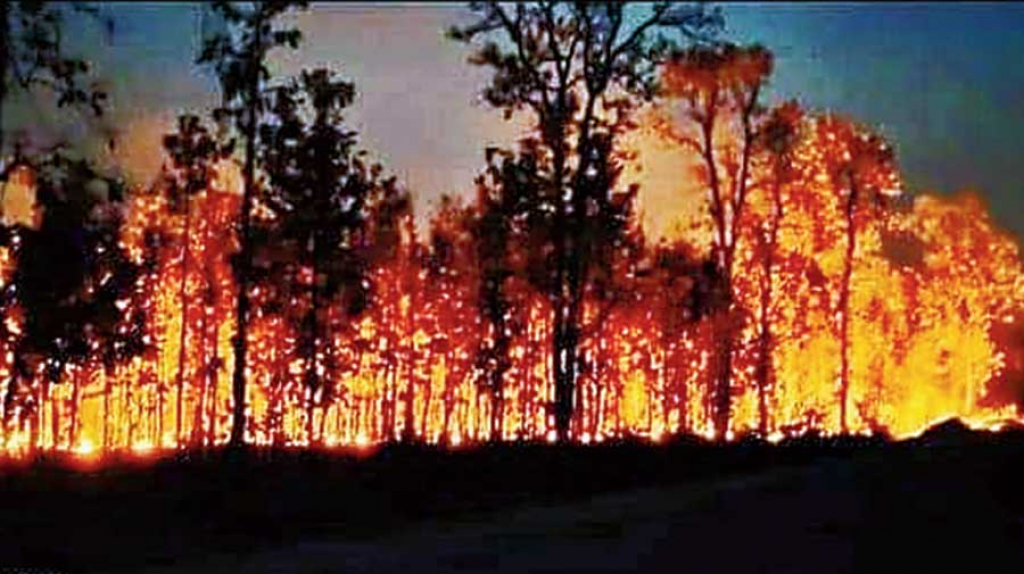 Forests in Odisha’s Similipal have been burning for last two weeks, and while there are multiple means to track and monitor these fires, gaping holes exist in monitoring its public health impact.

One of them is rather obvious — real-time air quality monitoring and public communication of bad air under National Air Quality Index initiative intended to enhance public awareness to improve air quality.

Wildfires have become a summer staple, thanks to climate change. These fires are an environmental catastrophe, but most of us fail to realise that they are a public health emergency as well. Smoke from these fires can travel beyond the fire lines and choke millions of people residing in cities.

Wildfires emit a humungous amount of volatile and semi-volatile organic materials as well as nitrogen oxides, which later form ozone and organic particulate matter, according to the United States National Oceanic and Atmospheric Administration.

Direct emissions of toxic pollutants can affect first responders and local residents. The formation of other pollutants can lead to harmful exposure to populations in regions far away.

This long distance yet near immediate impact made international headlines in September 2019, when the forest fires in Indonesia smoked out Singapore over 200 kilometres away across the Malacca Strait. In August 2020, the wildfires in California blew smoky air over nearly the entire bay area, turning San Francisco and the Silicon Valley into a gas-chamber.

Closer home, the farm stubble fires in Punjab and Haryana are now widely recognised as one of the primary causes of deadly smog that leaves Delhi-NCR breathless every October-November.

The impact of these remote fires on air quality and subsequent public health can be better guaged as the real-time air quality monitoring infrastructure has expanded. These monitors are filling in gaps in evolving scientific understanding on transportation and precipitation of short-lived pollutants.

Similipal forest wildfire is similar to ones that are now annual occurrence in Indonesia and California. The wind in the region has been blowing north and east, so it is possible that the smoke from Similipal wildfires would be impacting air quality in Jamshedpur in north or Kharagpur in east or both.

Both cities are within 100 km of the point of wildfire. But there is no real-time monitoring station in these cities. Closest stations north of these wildfires are about 200 km away in Asansol and Jorapokhara. Kolkata-Howrah are the nearest working stations in the east. Haldia has a station but is hardly ever working. Some unusual rise in PM10 levels have been noted in Jorapokhar since March 3, but this monitoring station has no PM2.5 or NO2 data critical to understand the impact. Kolkata-Howarh stations have shown no unusual change.

The devastation caused locally is immense, but cities of this region should also start warning people of possible public health emergency due to smoke from the fire. Unfortunately, there are no real-time air quality monitors in any major city or district headquarters in Jharkhand, Chhattisgarh, Odisha, northern Telangana and Medinipur division of West Bengal.

In fact, there are only two real-time air quality monitors between Kolkata and Hyderabad (1,200 km aerial distance).

This dark zone is marked by Singrauli, Varanasi and Gaya in the north; Jorapokhar, Asansol, Kolkata and Haldia in the east; Jabalpur, Nagpur and Chandrapur in the west; Hyderabad and Visakhapatnam in the south.

Two monitoring stations present in this region are in Talcher and Brijrajnagar in North Odisha. 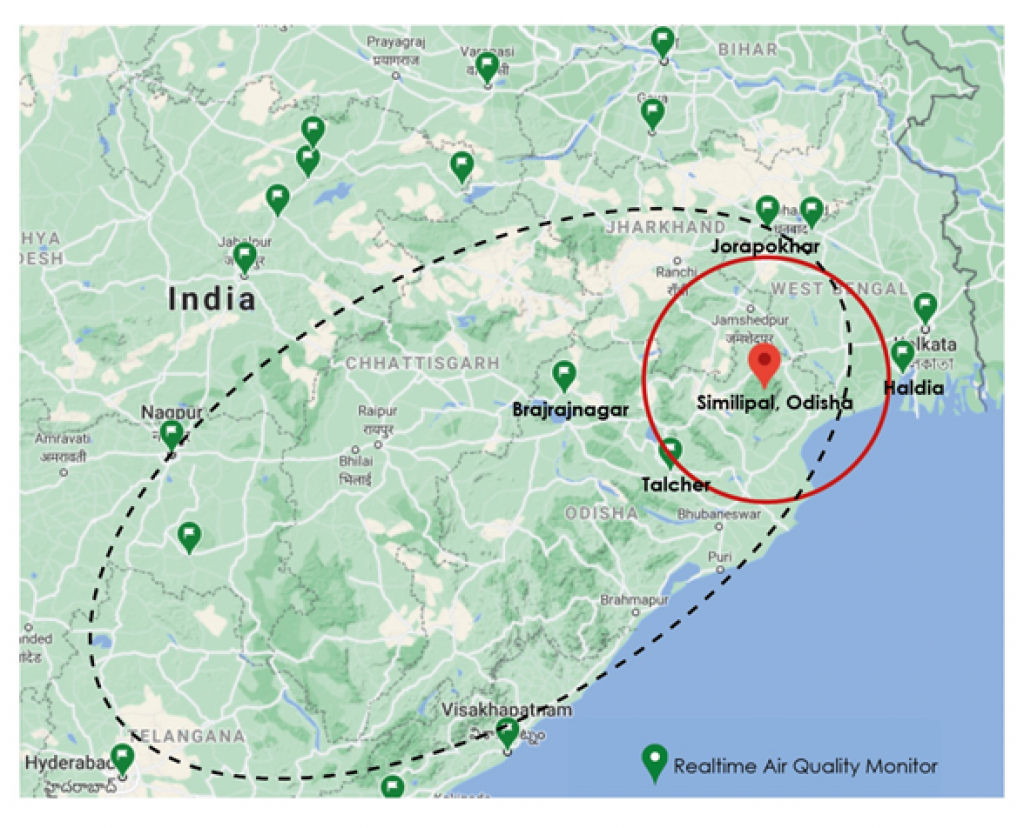 Home to much of India’s major mineral deposits and hotbed of mining and industrial activities, the region is densely populated. There are at least five cities with million-plus population in this region.

Raipur, Ranchi, Bhubaneshwar, Rourkela, Warangal and Karimnagar are designated smart cities. Therefore, it is bewildering that a region 9-10 times the size of National Capital Region (NCR) has just two real-time monitor, while NCR has 81.

Most of these cities do have manual monitoring systems of air quality but data becomes available only a year later. Many smart cities in the region have deployed sensor based low-cost monitors which have a role to play but lack the scientific robustness and reliability and cannot be treated as substitute for a proper monitoring station.

These generate no public interest that has been critical in Delhi and other mega cities to drive change and accountability.

There is power in knowing what is ailing people. It gives knowledge to seek proper remedies, not just for one’s own personal health but also from the authorities. Government itself recognises the need to inform the public on health warnings on a daily basis to improve air quality management.

Dedicated funds to combat air pollution in cities are linked with monitored air quality and this monitoring lapse is a handicap these cities don’t need. More importantly, people need to know the air quality in their areas to safeguard their health.

Real-time air quality monitor stands for a Continuous Ambient Air Quality Monitoring Stations (CAAQMS) that is eligible to be integrated in Central Pollution Control Board’s the Real-Time Ambient Air Quality Monitoring Network. This network currently consists of 261 CAAQMS in 134 cities covering 23 states & Union Territories connected to a web-based system which is freely accessible to the public.