Afforestation of mostly eucalyptus trees has been done in 67,828 of 5,695,873 ha diverted land in the state, an official said 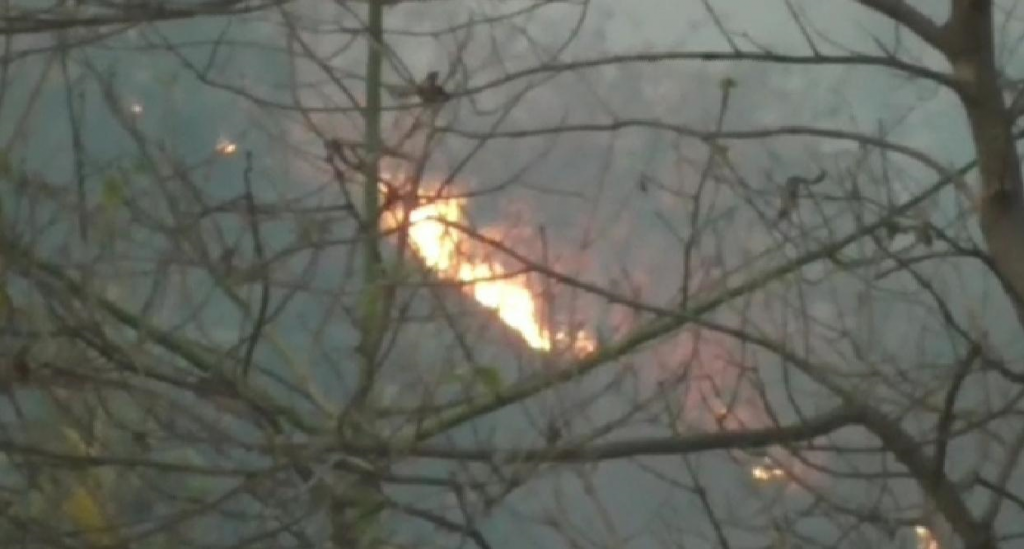 Eucalyptus trees planted recently in Similipal Tiger Reserve (STR) and other forests in Odisha may be among the reasons the reserve continues to be on fire 15 days after the first reported incident, according to experts.

Eucalyptus trees, which are prone to fire, were planted in large tracts of the forest by clearing medicinal plants and other native trees, claimed Jayakrushna Panigrahi, secretary, Odisha Environmental Society. The leaves of these contain a highly inflammatory oil that ignites easily. The trees catch fire as the ground beneath the trees is usually littered with leaves.

That is how fires spread through crown of the trees, said Panigrahi.

“It is illegal for the forest department to plant eucalyptus trees instead of native ones such as sal, mahuli, asan, karang, arjun, jack-fruits and other trees for which the forest fire is spreading,” said Panigrahi.

The state forest department started planting eucalyptus trees in Joshipur and Kaling forest areas of Similipal for the first time in 1977. The trees were later planted  in other forests of the state. The state government allotted Rs 903 crore of funds under Compensatory Afforestation Fund Management and Planning Authority (CAMPA) in 2021 for planting mostly eucalyptus trees.

A total of 5,695,873 hectares has been diverted for various public and developmental purposes in the state as of now. Against this, afforestation of mostly eucalyptus trees has been done in 67,828 hectares, said U Nanduri, chief executive, CAMPA, Odisha.

As many as 10,000 people — including forest officials, fire brigade, police, locals and volunteers — tried to extinguish the fire that broke out on February 23 in the reserve. The fire later spread to forests in 28 of the 30 districts in the state.

Fires were recorded in 1,428 points inside the reserve, according to the state government data.

“Senior forest officers are on the spot to guide fire fighters. The government will study the reasons behind such major fires and prepare an action plan accordingly,” said Bikram Keshari Arukha, state forest and environment minister.

“We are issuing fire alerts through satellite. Wherever a fire breaks out in any remote forest, we get to know immediately. But these alerts are only issued after the fire has started the government would investigate how and why the massive fire erupted and spread to such a wide area,” the minister said.

A state-level task force under the chairmanship of Sandeep Tripathi, former principal chief conservator of forest (PCCF) has been constituted to review the ongoing fire and give suggestions on the same, Arukha said.

Meanwhile, several environmentalists have demanded a probe into the fire in Similipal forest, which destroyed  large tracks of vegetation. The blaze has also threatened to affect the tribal  villages around Similipal.

“The  forest department should conduct a probe into the incident.  Whether the forest fires were an accident or someone purposefully set the forest on fire,” said Sanjiv Das, secretary of Odisha unit, Peoples for Animals.

The fire personnel and locals have been trying to put out flames by beating the branches of trees. Fire vehicles are unable to enter large parts of the forest  areas  due to lack of access, added Das.

A senior fire officer said “We are trying to contain the blaze, but the winds coming from the  forest are aiding the spread to nearby forest and villages.”