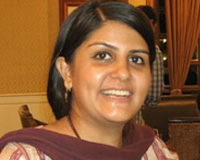 Disclaimer: I am neither an anti-development activist nor a Maoist sympathizer.

I am just a reporter with a fortnightly magazine the name of which often evokes responses such as “Down where” or “Which Earth”. It is only when I spell it out — D-o-w-n-T-o-E-a-r-t-h—does the name ring a bell. Or it goes thud.

I first saw the site of proposed Navi Mumbai airport a year-and-a-half ago. While travelling to some villages in Raigad district that were protesting an upcoming special economic zone (SEZ), I came across a lone blue board on a bridge on the Panvel-Uran highway, about 60 km from Mumbai. It read: ‘Site for international airport, Navi Mumbai’. I was intrigued and got off the cab and stood on the bridge. First I looked left and then right. I repeated this head movement a couple of more times—like some sort of yoga exercise—much to the amusement of truck drivers who passed by. The exercise did provide some relief to my stiff neck (thanks to the long working hours on computer), but I failed to locate the international airport site. All I could see were pools of water stretching till the horizon; this did not surprise me because I was standing close to the Panvel creek and creeks are meant to hold water.

What set me wondering was the blue board. Was it erected by mistake at the wrong location? An airport is usually built on land, unless it is meant to be an airport floating on water. Let me make it clear that I am not negating the possibility of Mumbai having a floating airport. The climate is changing. So the idea of constructing such an airport is no longer in the realm of conjecture. But is our government so far-sighted as to plan for such an airport?

My musings on the bridge continued for sometime till my cab driver got bored and reminded me we had to return to Mumbai. I got back and finished writing the SEZ story. I then decided to follow the lead on the Navi Mumbai airport. This is what I gathered from various official documents: The proposed Navi Mumbai airport is being built on 2,054 hectares (ha) area, which falls under the Coastal Regulation Zone (CRZ) I(i), I(ii) and has some areas under CRZ-III. This explained why I was unable to sight land for the proposed airport. CRZ areas are affected by tidal water; hence construction activity is either not permitted or is regulated. These areas are home to various species of mangroves that act as flood-barriers.

There was more information. CIDCO (The City and Industrial Development Corporation of Maharashtra), the project proponent, was diverting Ulwe river and channelising Ghadi river to construct the airport. Mumbai airport has been constructed by diverting Mithi river and the world saw its aftermath on July 26, 2005, when the city received 944 mm rainfall in a day and the Mumbai airport resembled a swimming pool with Mithi river flowing over the runway. Official maps provided by CIDCO clearly showed the Navi Mumbai airport project site was covered with “water, mudflats, dense and sparse mangroves”. At least CIDCO shared the maps without my having to file an RTI application. Kudos to it.

CIDCO also openly admitted that over 160 ha of mangroves would be chopped and a hillock flattened, but the company was ecologically conscientious. As a trade-off, it announced compensatory plantation of 350 ha mangrove in Dahanu, about 200 km from the proposed airport site. During an informal meeting, a senior professor from IIT Bombay, consultant for CIDCO, informed me about the plan to create a mangrove garden with various indigenous and imported tree species, which would later be turned into a major tourist attraction. It almost sounded like the Moghul gardens of Kashmir. Ecologists, however, warned that mangroves cannot be planted blindly. They are locale specific and give local benefits. The question of why Dahanu, an ecologically sensitive area notified by the Union environment ministry, should part with 350 ha for a mangrove garden remained unanswered. I filed my story a year back (See 'Green alert in Navi Mumbai, Down To Earth, April 15, 2009); that was the best I could do.

Other daily papers, too, reported the airport project that would cost Rs 9,625 crore, but most lauded the government for taking the right development path. Some even reported, wrongly, that the airport had received green signal from the environment ministry. I understand it is a common knowledge that the Navi Mumbai airport will finally receive Centre’s approval, but can we please follow the ‘official’ sequence of events. At least for record sake.

In the last one year, I moved on to other stories, and so did other journalists. But recently I got an opportunity to visit the proposed airport site again. The public hearing for the project was fixed for May 5. Most journalists and non-profits were unaware of the date. I checked with my journalist friends if they were going for the meeting. Almost everyone refused saying they knew the final outcome of the public hearing (meaning project will be cleared) and that their bosses had already made up their mind the project was important. Navi Mumbai airport was a necessity and anyone who opposed the project was dubbed anti-national and a staunch environmentalist. The latter term was spoken with much derision.

I, however, decided to attend the hearing. This is a typical behaviour of reporters from 'Down where' or 'which Earth' magazine. I reached the public hearing venue in Pargaon at noon and was surprised at the level of arrangements that CIDCO had been made for the event. It was almost like a wedding banquet—a huge tent was erected for the meeting and table fans were installed lest people suffer from the killing heat and humidity of May. There was a police contingent outside the venue which outnumbered the people attending the meeting. Ambassador cars with red beacon lights were parked outside, indicating presence of senior government officials.

I entered the tent and what caught my eyes was not the fancy presentation made with the help of an overhead projector, but the waiters dressed in white shirts and black trousers serving chilled mineral water to those attending the meeting. Barely 30 people were present. Some chairs were occupied by the policemen and women. Chilled water was followed by cartons of juice and lunch packets. While the CIDCO official (Jayant Kulkarni, general manager (SEZ), CIDCO) made his presentation on the proposed project, the visitors were busy sipping juice and gorging on the lunch. I was informed that CIDCO had ordered thousands of food packets, mainly for the local villagers affected by the project. But all the 18 affected villages boycotted the public hearing, shouted slogans and raised black flags. They were demanding due compensation.

Post-presentation, the forum was opened for questions and answer session. Questions, if any, came from local Marathi journalists, who later told me that they had come due to their personal interest in the issue and not on a reporting assignment. Even their bosses had told them that a negative story on the proposed Navi Mumbai airport would not be published. The entire public hearing was wrapped up in an hour. The venue was strewn with empty juice packets and unfinished lunch packets.

To all the questions about flooding of Navi Mumbai airport, Kulkarni had only one answer—“I can assure you there will be no flooding”. He proudly informed that CIDCO had commissioned two studies. An institute of international repute—IIT-Bombay had completed the environmental impact assessment (EIA) study and had given a green signal to the project, Kulkarni said. The second study, on diversion and channelisation of rivers, had been conducted by the Central Water and Power Research Station in Pune. It too had given a go-ahead. Both the studies had been submitted to the Union environment ministry for clearance. Kulkarni claimed he was hopeful of receiving the Centre’s clearance in the coming two to three months. Neither of the studies were made public.

Does this mean that if institutes like IIT Bombay and CWPRS; (or as a matter of fact, government and industry’s all time favourite NEERI) conduct an EIA, that project becomes sacrosanct and no questions can be raised about it? Can a public hearing be considered complete even when it is boycotted by all the project-affected people? If one nallah-like Mithi river can flood Mumbai’s airport and bring the metropolis to a standstill, what will the diversion of Ulwe and channelisation of Ghadi river mean to Navi Mumbai? What will be the impact on the region when over 2,000 ha of low lying land is reclaimed and a hillock flattened for airport construction? Why is the EIA report not in the public domain?

While these days media is going gung-ho over flooding in Mumbai (favourite breaking news during monsoon season), why did it choose to stay away from the public hearing held only 60 km from Mumbai? If the Centre goes ahead and clears the Navi Mumbai airport, what will stop it from clearing airports in CRZ zones of other coastal states in future? Tomorrow Chennai or Kolkata can demand an airport in their creek. These questions still remain unanswered. Experts claim there is a direct link between concretization of a city, destruction of its natural water channels and flooding.

As for the government, the mandatory public hearing was legally held without any ‘untoward incident’. So what if none of the project-affected people attended it. At least they were invited. Most likely, the airport will also come up.

As for me, I filed another story for the Down where, or which Earth magazine.