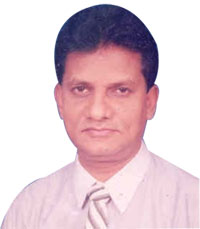 Amid mounting criticism and heated debates about the poverty line, a challenge has resurfaced to examine whether there could be a single non-monetary criterion of estimating poverty. A poverty line is a monetary cut-off point below which a person is deemed to be poor. Thus, any attempt to measure poverty line becomes value-laden and subjective, driven by narrow information-base of the local people and distorted by various biases. Opponents of the measure assert that the poverty line has no discernible meaning in terms of real needs for the poor.

In fact, experts in the field have yet to agree upon a single definition of poverty that can be used to measure the number of poor people globally in a way that is both valid and consistent. Arguably, however, a more fundamental issue is whether income deprivation is the most appropriate yardstick to measure poverty. The basic underpinning behind the concept of human development is that the income centered understanding of human development cannot manifest the actual development scenario and needs to be attended by other aspects such as education.

Researchers from Cambridge's Department of Sociology, after appraising roughly 500 districts in India's major states, found that poverty and, more crucially, illiteracy are much stronger indicators of poor public health than low average income. Using data on income, education, and under-five and infant mortality, the researchers suggested that policymakers concerned with public health should focus on literacy levels rather than average income. Models estimate that for the "typical" Indian district in the early 2000s, the poverty gap would have had to be reduced by 25 per cent to save one child per thousand live births, whereas a mere four per cent increase in literacy rate would have had the same effect. And at the level of India's 35 states and Union Territories, literacy is the only significant predictor of public health - even poverty gap is not a reliable predictor.

Female literacy is the key

Time has now come when our policy makers should move away from the income criterion for estimating poverty, and take cognizance of the non-monetary indicators. In fact, the best approximation to capture the nature and extent of poverty is to depend on female literacy. The single greatest predictor for nearly every single indicator is the mother's education level. The more educated a mother is, the more likely she is to give birth with a skilled attendant present, and, therefore, more likely to survive childbirth. She's more likely to register the births of her children, to marry later and give birth later, to have children who are attending school, who are vaccinated, who are well nourished, and who survive infancy and then childhood. Her children are less likely to be involved in child labour and to be abused, and they have more books in their homes. Their access to water and adequate sanitation facilities is better, and they live in wealthier households.

One of the prime drivers of human development is female literacy. The burden of poverty falls most heavily on women, who shoulder the workload in poor households with less access to education, health, nutrition and remunerative activities. Children, especially girls, suffer disproportionately with inadequate health, education and nutrition support. In his message marking International Literacy Day, UN secretary-general Ban Ki-moon stressed the transformative effect on both a family and the wider community when a woman is literate.  “Literate women are more likely to send their children, especially their girls, to school,” he said. “By acquiring literacy, women become more economically self-reliant and more actively engaged in their country’s social, political and cultural life. All evidence shows that investment in literacy for women yields high development dividends.” The UN secretary-general urged governments, donors, non-governmental organizations (NGOs) and other groups to do more to make literacy accessible to women everywhere, particularly those living in vulnerable or isolated communities. “Every literate woman marks a victory over poverty,” he noted.

Detailed poverty maps cannot be generated from household survey data alone. If one tries to use survey data to measure poverty in each district or region, such estimates would be based on just a few observations, and would as such be imprecise. One solution is to use population census data. Census data, like female literacy, are more available for all households and can provide reliable estimates at highly disaggregated levels, such as small municipalities, towns and villages.

The aim of poverty reduction through investment in education raises issues of financing and the affordability of education for the poor. Analysis of the supply side of educational provision is important to equity considerations because the proportions of government financing of the different levels of education systems have implications for gender equality and poverty-reduction objectives.

R R Prasad is professor at the National Institute of Rural Development (NIRD), Hyderabad. The views expressed in this article are personal