The ecological perils of commercial hiking 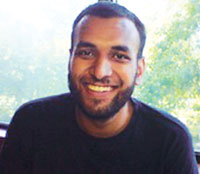 Serene natural beauty, lush green forests, crystal clear springs and stars twinkling through the night—these are sights that attract trekkers to Uttarakhand’s mountains. The beauty of the area was in our minds too when we planned a trek to Roopkund. The glacial lake 4,200 metres above sea level is famous as the site where a Nanda Devi game reserve ranger discovered more than 500 skeletons in 1942. Carbon dating revealed the skeletons to be of people who lived between the 12th and 15th centuries.

Roopkund is also well known among the trekking community for the mesmerising view of Trishul peaks. We proceeded towards Lohajung, our base camp, via Rishikesh, Devprayag, Rudraprayag, Srinagar, Karanprayag and Dewal. After 20 hours of journey we reached our destination and managed to secure a cheap hotel that offered a picturesque view of the mighty Nanda Ghumti. Little did we know the experience would soon be marred.

The next morning, we ascended towards the meadow of Bedni Bugyal from Wan, the last motorable road. It was a steep climb and our heavy rucksacks made the journey even more exciting. We were continuously wary of the surprising number of fast-moving herds of horses and donkeys carrying trekkers’ luggage and food items in the narrow mountain lanes. The road was littered with donkey dung and there were stinking urine pools at many places, acting as a breeding ground for mosquitoes and flies. Wrappers of biscuits, chocolates, gutkha and paan masala littered several places on the climb.

Bedni Bugyal appeared as a Sunday picnic spot almost akin to India Gate in Delhi with colourful tents of various sizes erected along the entire meadow. After finishing dinner, we strolled around to see a tent dining hall with a long table and folding chairs where a bunch of trekkers were giggling away while sumptuous dinner was being served. The tranquility of the meadow was disturbed.

The Roopkund trek is not the only example of over-commercialisation of trekking. Several newspapers and travelogues have reported on environmental pollution along trekking routes such as the Kullu valley in Himachal Pradesh and the Yuksom trek in Sikkim. Commercial trekking tour companies such as Indiahikes exploit people’s desire for adventure under the pretext of making trekking accessible in far-flung areas. A dhabawala at Bhedni told us that in one session Indiahikes pushed 200 trekkers, charging Rs 9,000 per trekker. 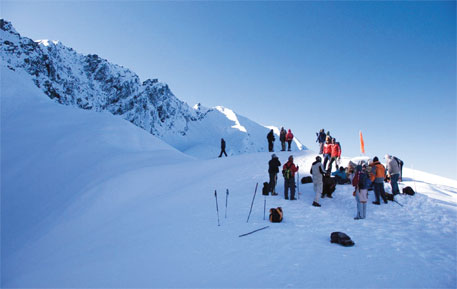 In the three days of our stay we could see three batches of Indiahikes tourists, each batch consisting of at least 20 people. These companies glamorise the treks, attracting tourists—mostly corporate employees—who can afford to pay heavy fees. These tourists expect luxurious services such as food cooked to fine taste and served in a dining hall, donkey to carry luggage, and in some cases, packaged water. This leads to transportation of heavy utensils, tents, chairs, tables and immense traffic along the trekking route. Cooking generates large amount of both biodegradable and non-biodegradable waste. There is also leftover food thrown on the ground. This dumped food attracts many mountain crows and eagles making the whole place noisy and chaotic.

The tourist mentality also reflects in provision of toilet tents, usually a pit dug in a small tent so that trekkers can defecate with a sense of privacy. The pit is dug almost every day and then filled with earth. The normal decomposition process, which is already slower in high altitudes, can process human excreta of four to five people in a day. But the tents in Bedni get many more people. It would not require rocket science to comprehend that these pits will become breeding grounds for bacteria and contaminate water.

It would perhaps be inappropriate or unfeasible to completely curb commercialisation of trekking routes, as markets eventually find their way towards skimming money. There is no doubt that trekking tourism injects money into the local economy which provides livelihood to residents. But the heart of the problem lies in the over-exploitation of the fragile ecosystem. Corporates speak of the trickledown effect. However, the local community gets only a minuscule of the total wealth generated by tour companies.

The government has to increase its regulatory presence and limit the number of trekkers. Strong penalties should be imposed on those who dump or burn non-biodegradable material in the meadow. Currently, the only role of forest department in Bedni Bhugyal is to collect the permit fee. In fact, one of the forest officials told us to dump our waste in Bugyal itself as he considered it nonsensical to carry it down till Wan.

The local community should not be limited to providing guiding and porter support. They should be trained and informed about environmental damages because they are the ones who are dependent on the forest.

Abhishek Bhati is with Indian Institute of Management, Bengaluru, and is working on issues related to Sustainable Entrepreneurship and Public Policy