Who do the candidates in the polls represent and how representative are their victories?

Who do the candidates in the polls represent and how representative are their victories? 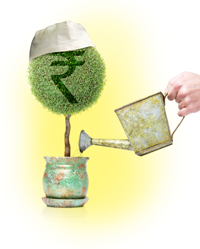 A while back, the then Congress spokesperson V N Gadgil gave a curious reason for the party’s penchant for embracing people with a criminal record. He said the Congress was reflective of Indian society. Just as society has all kinds of elements in it, the ruling party, which was part of society would perforce include many with a not-so-spotless background. That statement, given sometime in the mid-1990s, naturally made the headlines. Now parties no longer feel the need to be defensive for putting up ever larger number of candidates with a criminal record.

All parties, it appears, cannot do without the muscle power of criminal elements. And they all appear to need men—there are very few women out there—with deep pockets to win office. Everybody knows that in the current Lok Sabha 315 MPs out of a total of 543 are crorepatis. That’s a stunning 58 per cent. And we also know that the Rajya Sabha, too, is a richer house these days, with 54 per cent having assets that run into hundred of crores of rupees. People tend to gloss over or forget this amazing fact. Otherwise, we the people would not be wondering why debates are rarely held on issues that matter to more than 800 million Indians, and why when they are held, the positions of MPs seem so divorced from the realities that need to be addressed.

That’s the kind of representatives we have at the national level. Is it any different in state legislative assemblies? Take a look at the candidates who were fielded in the just-concluded state elections in Chhattisgarh, Madhya Pradesh and Mizoram—and in Delhi and Rajasthan which go to the polls in next few days. According to the analysis of candidate profiles done by state election watch organisations and the Association for Democratic Reforms (ADR), it’s the crorepatis who seem to be calling the shots—and the chosen special with a sullied record.

Madhya Pradesh Election Watch and ADR which scanned the affidavits of candidates from three major political parties, Congress, BJP and BSP—they selected parties which were contesting over 200 constituencies—found that there is a high percentage of crorepatis. Of the 683 contestants, 51 per cent are crorepatis with the average asset per candidate at Rs 3.38 crore. That’s run-of-the-mill; there are others who grab attention with assets of Rs 120 crore and more.

What of the dirt poor Chhattisgarh? Of the 840 candidates analysed, more than a fifth are crorepatis. The average assets: Rs 1.56 crore. However, the top parties notch up different averages. For Congress candidates it’s Rs 11.21 crore and for BJP contenders Rs 2.10 crore. If this seems like small change, stop to take breath for Tribhuneshwar Sharan Singh Dev of the Congress with declared assets of Rs 561.50 crore.

But this is just one dimension of India’s “representative” democracy. The other more worrying fact is the thinning of representation, meaning that candidates are getting elected with a smaller and smaller percentage of the vote share. In his address to a seminar on electoral reforms organised in Thiruvananthapuram in July 2010, Vice-President M Hamid Ansari had highlighted this concern when he said the first-past-the-post system has not worked too well in India. In the 2009 general elections just 121 of the winning candidates had secured 50 per cent or more of the valid votes while in a survey of three earlier elections it was found that over two-thirds of Lok Sabha members and almost 90 per cent of MLAs in some state assemblies had been elected on a minority vote.

Voting is the most important and, perhaps, the only brush that most Indians have with democracy. Ours is not a participatory democracy and increasingly it is becoming a thoroughly unrepresentative democracy. We need to think of electoral reforms that address these glaring shortcomings. For that we need political parties that practise internal democracy and are accountable and transparent in their operations.