Patent hypocrisies of US 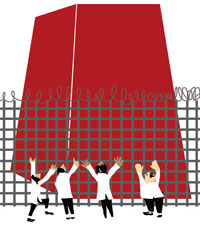 It is not usual for ambassadors to write a newspaper blog to defend their country’s policies. That Nirupama Rao, India’s ambassador to the US, has penned one in the The Hill, a congressional newspaper that focuses on business and lobbying, says a lot about the campaign that top American business organisations have mounted against India’s patent law—apart from attacking policies such as those requiring local content in the National Solar Mission. The piece, titled ‘India honours—not dishonours—patent laws’, is a reaction to the sustained and misleading onslaught that was launched in the wake of a Supreme Court of India decision that went against pharmaceutical MNC Novartis. The Novartis case, which this column has covered since it began in 2006, challenged a critical safeguard in the Patent Amendment Act of 2005 that bars insignificant incremental improvements on a patented molecule unless these enhance efficacy.

Rao says, quite succinctly, that this most cited example of patent infringement is “actually a case study in patent protection”. The apex court turned down the Novartis plea to retain the patent on its cancer drug Glivec because it was not a new product. “In other words, the court reinforced the premium that should rightly be placed on truly valid patents, strengthening, not weakening, their sanctity,” she points out.

The other bogey that industry has raised is over compulsory licences or CLs that are used sometimes to override patents. CLs are in compliance with the Trade Related Intellectual Property Rights (TRIPs) of WTO. The US used this facility pretty frequently and so have a clutch of developed and developing countries, 15 in all. Together they have issued three dozen CLs whereas India has issued just one. “Compulsory licensing has been an integral part of the patent regime of many countries for years... In more than six decades, India has issued only one CL. This is hardly evidence of a climate hostile to either innovation or US-based companies,” says the ambassador.

“The highest share (20-30 per cent) of all patents granted in India has gone to US nationals and corporations. And, of all the patents granted for pharmaceutical inventions between 2005 and 2011, more than 85 per cent were owned by foreign companies in India.” Rao took the trouble of clarifying this in her previous missive, which she was compelled to send after a group of 170 Congressmen bought the pharma industry’s misleading campaign. They had written to President Barack Obama and Secretary of State Kerry that Indian policies were undermining US innovation and threatening millions of export-dependent jobs.

It is doubtful though whether this will cut through the fog of falsehoods and misrepresentation that the pharma industry has created. I think the Indian ambassador should now disengage herself from this skewed discussion; she cannot hope to convince the Americans in this Goebbelsian argument. The fact of the matter is if India’s patent laws are, indeed, out of line with international treaties then these should be challenged at WTO. So far, for all the sound and fury pharma giants have generated, none of them has been able to persuade their home countries, least of all the US, to bring the issue to disputes settlement body of the world’s apex trade regulator. That is certainly curious.

Even more so is the other question that the campaign begs: what has changed in India since 2005 when the amended patent Act was passed? Was it the one CL or just the Novartis judgment or a combination of both? These hardly merit the shindig the pharma MNCs are kicking up.

In a recent instance, Roche Holding AG decided not to pursue a patent for its breast cancer drug Herceptin in India after the Kolkata Patent Office said it had dismissed patent applications of the Swiss MNC because these had not been filed correctly. That was a strategic move by Roche based on its assessment of the Indian market and was not a case of denial of patent. Similarly, much drama was occasioned when GlaxoSmithKline’s cancer drug Tykerb came before the Intellectual Property Appellate Board (IPAB). It was widely reported in the US media as another instance of patent revocation. What IPAB did was to reject a secondary patent—this was on a salt of the original drug—while it upheld the main patent for Tykerb.

Was it developments such as these that had prompted members of Congress to claim that “the intellectual property climate has become increasingly challenging in India”? Fortunately, IP analysts are not taken in by such colouring. As one US commentator noted rather tartly: “What’s so challenging about it? Well, it seems that India actually practices some sort of quality control on patents, much to the dismay of American pharmaceutical companies looking to exploit the system the way they do domestically.”