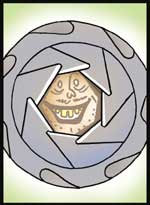 AT ITS inception in the 1830s, the photograph was regarded "the pencil of nature". Photographic images were perceived as direct and unmediated transcriptions of reality. Those were the halcyon days of positivism -- they placed a premium on facts that could be observed, quantified, and "proven" over interpretation. Photography in conjunction with the other discoveries in optics, took the probing eye of science further.

But mere presentation of facts is not unspoilt by political agendas. This is true of the sciences and also the visual arts. As photography began to participate in anthropology, portraiture, war, social reform, pornography, art and a plethora of other discourses, practitioners started to question its supposed objectivity and transparent truthfulness. The photograph could be manipulated as any other form of representation.

But in general perception the visual image always conveyed -- and still does so -- a completeness.A misleading completeness, one might say, but it is often used as a surrogate for detailed explanation. In photography's early days, cultural anthropologists used it to suggest a knowledge that the discipline itself could not convey. With anthropology and photography operating together, a seamless, ahistorical view of the subject became the currency. In the process, all marks of the photographer/anthropologist's culture were sought to be effaced. The famous early photographs of tribals in their "innocent" state were taken after the communities were ravaged by the process of colonialism.

Much the same holds for travel writing. The travellers of the 18th and 19th centuries often found beauty, richness, or ugliness, disorder and banality according to their disposition. The idea again was to convey a completeness. The pervasive exoticism hangs in front of the reader as an objective truth. This is what the anthropologist Mary Louise Pratt calls "The King-of-all-I" attitude.

In modern times, television channels have become purveyors of this state-of-affairs. Today, in the age of digital imaging, when computer games mimic real wars, it might be hard for even the most naive pair of eyes to easily believe what it sees. But unfortunately television casts enormous sway on perception, and digitisation has in fact aided it. We only know of the images that are beamed to us; think of 'embedded journalism', not the circumstances in which they were. We believe in them, even though they might be contrived. Images can give the false sense of veracity that being there pretends to