Severe smog in north India is a result of an evil alignment of many factors. Whether those factors co-conspire this year, remains to be seen 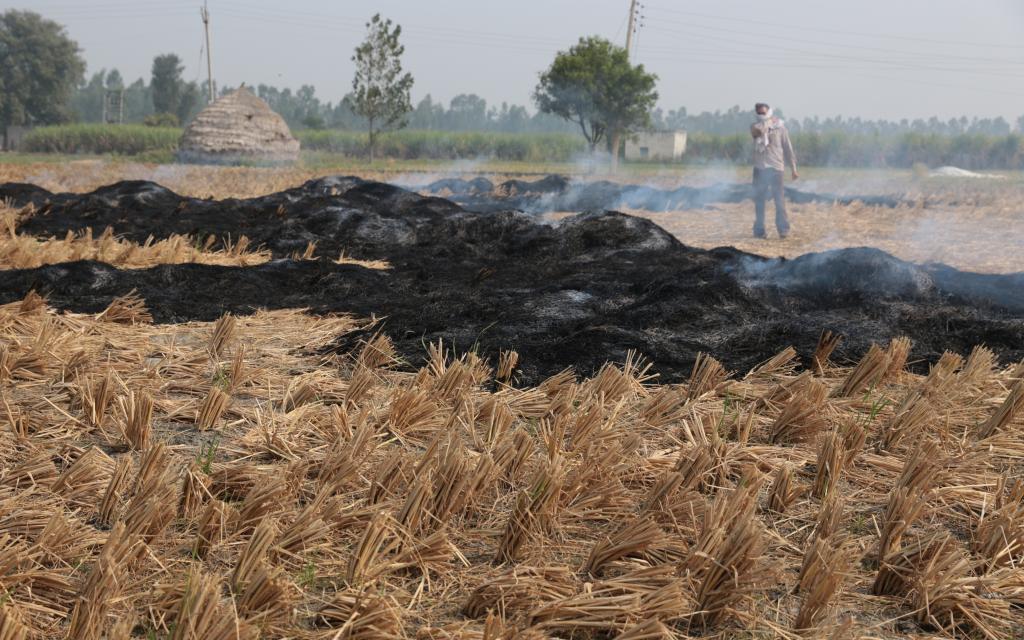 This is the second in a two-part series. Read the first part here

Most media reportage of stubble burning in Punjab and Haryana is based on the Near Real-Time (NRT) data of National Aeronautics and Space Administration (NASA)’s Fire Information for Resource Management System (FIRMS).

This data, is indicative by design and often exaggerated. Therefore, all these reports need to be taken with a pinch of salt, especially if they are comparing current NRT data with processed scientific data from previous years. For any comparative analysis, one ought to use science-quality data that FIRMS makes available with a lag of few months.

For instance, a fire spread over 1 square kilometre will be reported as one active fire hotspot by MODIS and nine active fire hotspots by VIIRS. This sensationalises the issue but is undermined by the fact that VIIRS is more prone to reporting false positives than MODIS and both don’t give an actual count of fires.

FIRMS data simply confirms the existence of the practice of burning farm stubbles in Punjab and Haryana. Its science-quality data (not NRT data) provides a scientific measure of the geographical and temporal spread of the problem. But it doesn’t provide an actual count of the number of fires nor the quantification of volume that is burnt and the area over which it is burnt.

Despite the many ifs and buts of FIRMS data, it remains the most reliable, publicly available data on instances of fire in India. By adopting a robust methodology, it can be used for various scientific and policy applications. A good practice would be to refer to both MODIS and VIIRS data while assessing the problem.

We at Centre for Science and Environment’s Urban Data Analytic Lab (UDAL) downloaded MODIS and VIIRS science-quality data for India from January 1, 2012 to the present. A quick trend analysis was undertaken to demonstrate how this data can be read keeping the caveats in mind.

This is not a detailed scientific analysis but a simplistic, yet informed exercise to interpret FIRMS data. It can be adopted while drawing connections of stubble burning with the Delhi smog.

In total, Punjab has five–eight times more active fire hotspots than Haryana. On the question of fires on a daily level, the two datasets diverge. According to MODIS data, the number of active fire hotspots recorded in a single day was highest in 2013 for both Punjab and Haryana.

VIIRS data also shows high numbers for 2013 but the numbers for 2016 are even higher. There can be multiple explanations for this mismatch between MODIS and VIIRS data and more data might help in arriving at an informed inference in this regard.

On other hand, Haryana shows a milder (about 16 per cent) decrease in the number of hotspots in 2017, which increased 2018 and 2019. Since the two datasets agree, it would be prudent to use this aggregation of FIRMS data to analyse impact of policy.

But there is a catch

It is possible that this change in the number of hotspots doesn’t actually add up to any change in actual number of fires. How? If neighbouring farms that earlier burned their stubble on different days start burning stubble at the same time, the fires will be recorded by the satellites as a single hotspot.

Placement of geo-locational controls can rectify this anomaly but it is a complicated and time-consuming process beyond the scope of quick analyses (like ours). What is the alternative? One can look for trends in the daily count of hotspots to get some idea about what might be at play on the ground.

The story reverses for Punjab if one looks at the behaviour of daily count of hotspots or the temporal concentration of these fires. Unlike the seasonal total count that has been on decline, the maximum number of fires within a single day has been rising in last three years.

Haryana is not showing a rising trend like Punjab on this matrix but it is not declining either like its total season hotspot count. This is an indication that the total hotspot counts in the season might be down over the years but the number of fires with each hotspot is on rise.

Or in other words, each hotspot has more instances of fire now than three years back. This should be investigated further but this is useful information that can improve our understanding of smog formation. Let us see how we can do that.

In theory, the temporal concentration of fires should impact regional smog formation more than the total fire count spread over an extended season. A concentrated plume saturates the atmosphere’s natural ability to disperse and dilute pollution and results in a significant increase in pollutant concentration in the air (or smog episodes).

The former is similar to burning one incense stick a day for 60 days and the latter is like burning 60 incense sticks in a single day. Empirically, the same quantity of incense is burned but the strength of the fragrance and volume of smoke in the air will significantly different. Also, FIRMS would record the former as 60 hotspots and later as a single hotspot.

The timing, duration and intensity of Delhi’s smog episodes bear out this theory. A simplistic visual inspection of Particulate Matter (PM)2.5 concentration data in Delhi and combined number of daily active fire hotspots (VIIRS data) in Punjab and Haryana shows near perfect alignment of their annual peaks since 2015.

But correlation doesn’t necessarily mean causation. Statistically, it is interesting to observe a relation between the fire hotspot count and PM2.5 concentration peaks in Delhi during the autumn.

But the same graph also shows that stubble fires are a norm in summer as well although they do not show similar influence on Delhi’s pollution level. This discrepancy alludes that these datasets are missing something.

If you consult any meteorologist, they would promptly tell you it is wind. These fires surely poison the local air in villages and towns of Punjab and Haryana (sadly these are not monitored well) but for them to pollute Delhi’s air hundreds of kilometers away, the pollutants need to be transported.

This analysis has not looked into the nature of the wind but it is common knowledge that winds don’t blow as much towards Delhi during summer as they do during the autumn.

There is a need for further investigation into the more granular linkage between fire, pollution and meteorology, which is beyond the scope of this analysis. Fortunately, a few government research and development centres have already started working on this aspect.

The Union Ministry of Earth Sciences’ research and forecasting initiative SAFAR has investigated the link between stubble burning fires and Delhi smog. SAFAR has observed that it is not only the quantum of fire but also the direction and speed of transport and surface winds that determine the contribution of the fire incidents to the Delhi smog. According to their calculations, this contribution can vary between 4–25 per cent on a daily basis.

SAFAR has been publishing this daily contribution percentage on their website since last year. UDAL browsed through this information and noted that the highest contributions from the fire were noted on the most polluted days observed in early November.

Interestingly, the peak of daily fire hotspots in FIRMS data is found to be preceding this peak contribution and PM2.5 concentration by a day or two. Basically indicating that the strength of the plume arising from these fires is a significant factor and FIRMS data can be useful in predicting the timing (but not the intensity) of smog.

This analysis reinforces the need for stronger data science to assess different dimensions of the smog problem in northern India. Advance satellite monitoring is enabling that process.

But it is also important to create a public bank of more granular data on meteorology to enable a more nuanced analysis of the nature of the influence of fires in Delhi (and a sizeable part of the Indo-Gangetic Plain).

The panic response triggered by FIRMS reporting signs of early start to stubble burning season is symptomatic of the poor understanding of data and science.

Because of the low air pollution levels in northern India and rest of the country due to the novel coronavirus disease lockdown, the air has better assimilative capacity to dissipate pollution right now. If the stubble fire smoke is not concentrated and distributed overtime, it can have a sobering impact, but we don’t have enough data to conclusively say so.

As we have shown here, severe smog in north India is a result of an evil alignment of many factors. Whether those factors co-conspire this year, remains to be seen.

(With inputs from Shubham Srivastava)