Beetles exposed to eCO₂ have reduced chance of making it to adulthood, say report 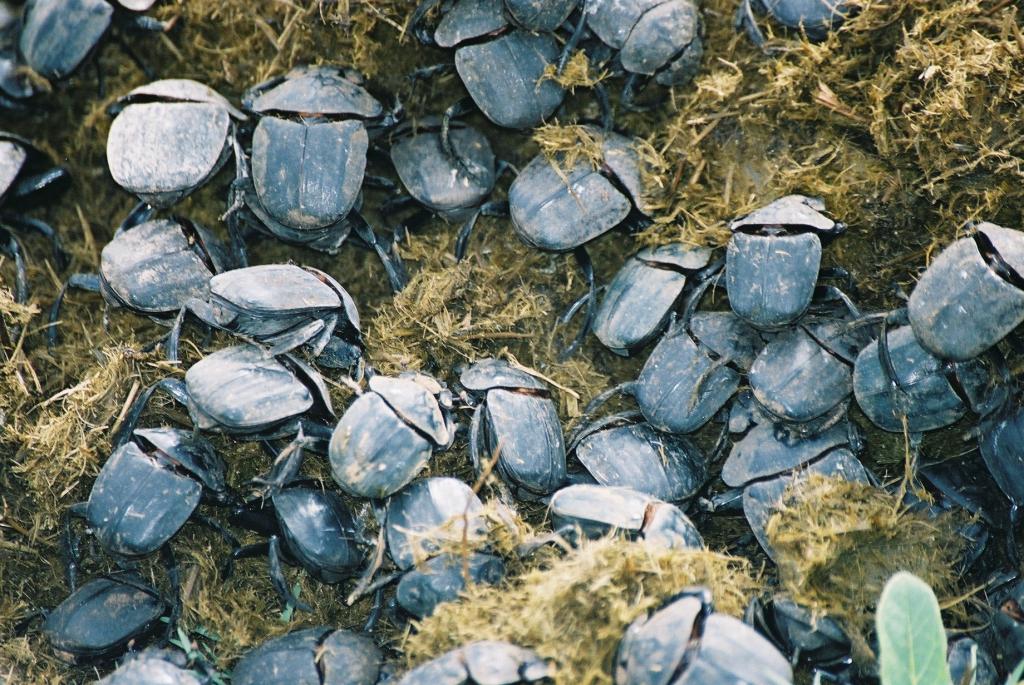 Insects are a vital cog in the great wheel of nature. They outnumber humans a billion to one and make up more than 75 per cent of animals on earth. It’s no wonder that they are the primary providers of essential ecosystem services such as pollination and waste recycling.

But, by many accounts, their numbers are falling in what has been called an “insect apocalypse”. It’s not clear yet what mechanism – if there is only one – is responsible for reports of plummeting insect numbers. Light pollution, insecticide use, habitat loss and changing weather are all implicated, but these effects are patchy in terms of their occurrence across the planet.

Elevated atmospheric carbon dioxide (eCO₂), however, is global. It permeates every inch of our biosphere, including the soil. We wanted to know how that might be affecting insects, given that more than half of the known species of insects spend a substantial portion of their life cycle underground. This is where they are potentially under the influence of eCO₂.

For air breathing animals, increases in atmospheric CO₂ are trivial. For example, CO₂ levels in human lungs are 100 times greater than those in the air, and can be rapidly returned to atmospheric levels by hyperventilating, with no ill effects. Soil microbes, on the other hand, increase in biomass under eCO₂. This allows them to consume more organic material in the soil and compete with other organisms for oxygen.

Our latest research used dung beetles as a model “canary in the mine” to test the effect of eCO₂ on soil-dwelling insects. We found that beetles exposed to eCO₂ emerged later and smaller, and had a reduced chance of making it to adulthood. This additional effect of eCO₂ on the biosphere adds to the growing list of problems caused by eCO₂ released from unfettered human activity.

Creatures of the soil

Dung beetles are creatures of the soil. There, they bury dung and recycle it by feeding on it, both as larvae and as adults.

As a representative of the numerous insect species living in the soil, dung beetles are an ideal organism on which to test the effects of eCO₂. We know that some dung dwelling beetles can tolerate extreme levels of CO₂, accompanied by low levels of O₂. These exposures are only for short periods (minutes to hours), such as those experienced when tunnelling through oxygen-depleted dung.

However, immature dung beetles developing inside their brood balls, buried deep in the soil, will be exposed to eCO₂ for weeks or even months.

Dung beetle larvae develop inside a ball of dung, where they eat the inner walls, digest the dung and defecate the remains back onto the wall, to be eaten again. Although scientists have some understanding of how adult dung beetles turn this low nutrient food source into a hearty meal, it’s not clear how their larvae subsist on such unsavoury leftovers.

Unlike the adults, they consume all the big bits with the help of strong jaws, which the adults lack. Microbes, both within their gut and on the inner wall of the ball, probably assist in the breakdown of tough plant remains containing what would be otherwise undigestible lignin (the compound that makes plants woody) and cellulose. Microbes may even fix valuable nitrogen from the atmosphere, which would contribute to proteins in the growing larvae.

Elevated CO₂ could be interfering with this symbiotic relationship in the dung ball, either by promoting the growth of unwanted microorganisms which consume what the dung beetle larva should be eating, or by changing the physical conditions inside the larval ball – or both.

Humans add more than 35 billion metric tons of CO₂ to the atmosphere every year. This CO₂ is stimulating microbial activity in the soil, which we think leads to a contest for food and oxygen with developing insects, while altering their underground habitat.

In our study we reared dung beetles in walk-in chambers, where we could set all the climatic parameters, including levels of CO₂. This allowed us to go back into the past, before industry had changed our atmosphere, and to project into the future humans are creating if we continue our current carbon emissions.

We used pre-industrial levels of CO₂ (250 parts per million, or ppm), current levels (400 ppm), and levels predicted by 2050 (600 ppm), and 2070 (800 ppm) in our experiments. Even the current eCO₂ reduced beetle size and slowed their development compared to their “pre-industrial” relatives. It appears therefore that the soil insects are already taking strain.

The balls in which the beetles were growing was changed by the atmosphere in the chambers. We noted an increase in brood ball pH (increased alkalinity), associated with eCO₂, along with 10 times eCO₂ in the ball in our most extreme treatment.

Many insects developing inside wet burrows or plant galls can tolerate 100 times greater CO₂ levels. This leads us to suspect microorganisms in the soil or the dung as the agents of change.

We now intend to turn our attention to the microbes in the soil and dung to pin down the precise cause of this effect. But whatever we discover in the future, clearly the best policy now is for humans to curtail our CO₂ output sooner rather than later. This will safeguard not only ourselves, but the little things that run our world, too.