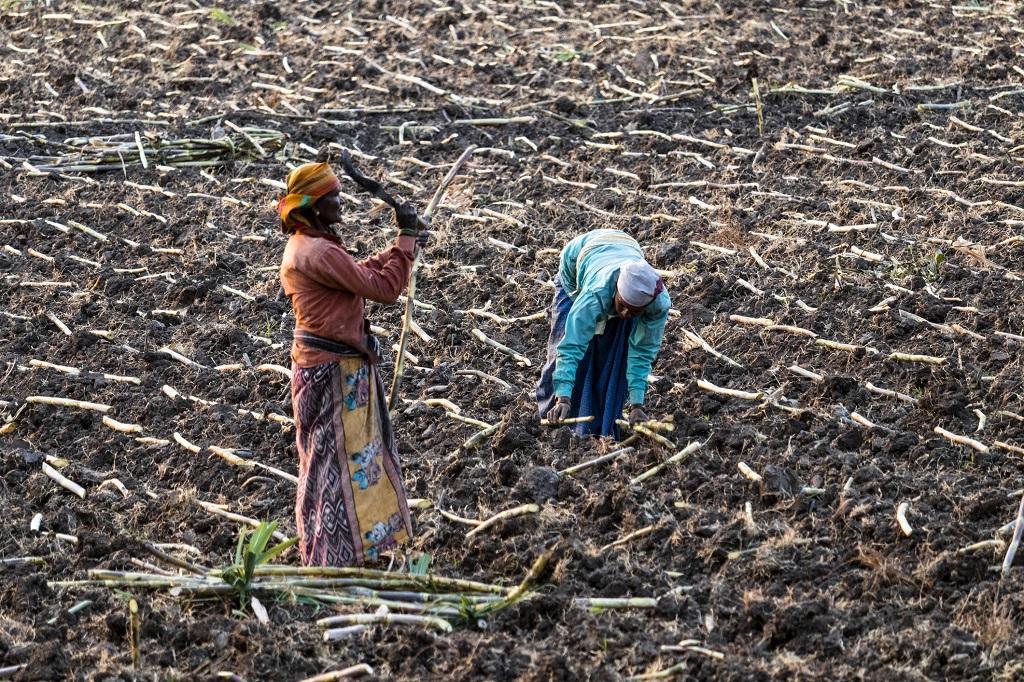 The Union government intends to increase the amount of ethanol in the energy mix to lower the country’s dependence on imported oil and carbon footprint, as well as stabilise petrol prices.

E20 can save the country Rs 30,000 crore per year, according to estimates.

Ethanol is made from molasses, a by-product of sugarcane processing. To reach the E20 goal, we will need to secure enough ethanol supplies.

India's E20 target can be met by increasing ethanol capacity from 684 crore litres to 1,000 crore litres. For this reason, sugar mills need to increase production capacity.

Sugar mills and distilleries, however, are among the 18 most polluting industries in India, according to the Central Pollution Control Board (CPCB). Sugar mills rank third after pulp / paper and chemicals factories, based on wastewater generated.

Sugarcane is a water-guzzling crop. It requires 1,500-2,500 millimetres of water evenly distributed over the growing season.

Water is used at every step of sugar processing: From growing sugarcane to releasing effluents from sugar mills. Groundwater is severely depleted by the process, with serious implications for human health, livelihoods and the ecology of local water bodies.

India is the world’s second-largest producer of sugarcane. Nearly 50 per cent of the cane is cultivated in Uttar Pradesh, followed by Maharashtra, Karnataka, Tamil Nadu, Andhra Pradesh, Gujarat, Bihar, Haryana and Punjab.

Uttar Pradesh, the 'sugar bowl of India', has the highest output of the crop and has 155 sugar mills. Of them, around 56 major ones discharge up to 85.7 million litres of wastewater into the rivers every day — 32 per cent of the state's total volume.

Effluents from the mills increase the organic content in waterbodies, which are then decomposed by bacteria and other microorganisms.

A lot of oxygen is needed for the decomposition, resulting in a reduction in the natural oxygen content of the waterbody. This phenomenon is measured by the biological oxygen demand (BOD), which refers to the amount of oxygen required by the bacteria to dissolve organic matter in polluted water.

India's environmental regulations state that industrial discharges in freshwater streams should not exceed 30 milligrams per litre (mg/l), while the limit for land disposal is 100 mg/l.

Untreated effluents from sugar mills typically have 1,000-1,500 mg/l BOD, which can become black and pungent if left standing.

The microorganisms in the water consume a massive volume of oxygen to break down the pollutants, leaving nearly nothing for other aquatic lifeforms.

Decaying organic matter in untreated waste can clog the naturally porous ground, polluting even the little rainwater that finds its way into the aquifers through the waste layer. It affects the quality of groundwater and, therefore, the health of those who depend on it for drinking water.

Around 70 per cent surface water in Uttar Pradesh is polluted by unsustainable sugarcane production, according to NITI Aayog. The lack of information from monitoring agencies makes investigation difficult and that the mills avoid enforcing environmental regulations because about 60 per cent of state residents depend on the crop, Oxfam pointed out in a report.

Although sugarcane production has increased in the region, rainfall has declined. The annual precipitation in Uttar Pradesh has decreased significantly from 1989 to 2018, according to the India Meteorological Department (IMD).

Climate change is the main cause behinnd changes in mean rainfall patterns, as well as to increases in extreme rainfall events, according to a 2020 IMD study. Climate change and water scarcity are major threats to these areas.

The farmers cultivate sugarcane despite the reduced precipitation because they can draw water from groundwater reserves to irrigate their fields.

At one time, water could be found at about 40-50 feet underground, but that's no longer the case. Wells must now be dug below 100 feet because groundwater levels have fallen significantly.

Despite increasing water scarcity in the region, ponds and artificial lakes overflow with mill wastewater.

The increase of ethanol blend in petrol can be sustainable. If the government ensures that sugar mills and distilleries adhere to environmental regulations that limit the amount of effluent generated from sugar mills.

To ensure no deforestation takes place for growing sugarcane, strict measures must be taken by the government.

Continuous extraction of groundwater for sugarcane plantations and farmers’ practices of monocropping, in which only one crop is grown repeatedly and depletes the nutrients in the soil and ultimately renders it infertile, also should be monitored and addressed.