Look back at the decade: It’s a tinderbox world

Growth has stumped environment. The decade of 2020 is the last chance we have to walk the talk and make it right

It's the end of a decade and the start of a new dawn, we hope. In the decade we leave behind — 2010-2019 — the world, it would seem, has unravelled; come apart; our leaders are diminished; our economies are in trouble; and, there is conflict and strife everywhere we look. In this decade, we have realised that climate change is not in the distant future. It is happening and its impact will only grow. Every year in this decade has broken a new record — the highest heat and the most extreme weather. But it is not just about weather. It is about how people in the world view their present and think about their future.

We know that the young are restless — maybe more than in any past decade. In the richer world, young people are alarmed and insecure because they don’t know how they will survive this increasingly warming world. But the young are also worried about their jobs — their rich economies are now even shedding skilled labour.

Artificial Intelligence (AI) sounds good, but that’s because it is still futuristic. It will take over the world, and the problem is that when it does, it will go viral so fast and out of control that nobody will be able to control or regulate it. It’s like a mutant, with a life of its own. This generation is the creature of the internet and social media. But they know that however amazing this tool is, however much it defines them, it also has huge downsides — from fake news to weakening of democracy.

Today, many young people in the mecca of internet business, the US, are joining the call to break up the influence of the companies of the new age — Amazon, Google and Facebook.

But I think what worries the young the most is that they feel powerless to make the difference — what is intrinsic and essential in their lives is what is indicted as the problem. How will they change this? The young worry about this. As they must.

In the poorer world, the young want opportunity. But the future prospects look bleak where they live. They want to move; from village to city; from city to another country. They are not satisfied with the plight of their parents. Even if they don’t have enough formal education (because governments have let them down), they are in tune with the present through their mobile telephony.

They know about the bright lights; they know that the world is awaiting them. They want it, as they should. They will not be submissive and meek about their desires and aspirations. They also see the world around them crumbling — their farmer parents are not able to make two ends meet. The price and the weather risk of growing food increases each day; and each season increases the spiral of debt. They don’t want this. Their generation is also different in another way. They are not meek or submissive. They are hungry for more but also impatient.

It is, therefore, no surprise that in almost every part of the world things can go out of hand very quickly. A simple hike in fuel or university fees can topple governments, with army on the road, shooting, burning and looting. It’s a tinderbox world, on the boil.

It’s also a divided world. Countries no longer work together anymore. Every country thinks only of its self-interest and nothing more. This is not to say that the situation was any different earlier. But the pretense has gone — and this, in an age of extraordinary inter-connectedness and inter-dependence, has huge consequences.

It was in the 1990s that globalisation became the norm — economies were stitched together in the promise for a better world. In that decade and later, there was rumbling and mumbling against this movement of industry to places where labour was cheap and the cost of environmental management could be discounted.

But it was covered up; quashed because this great trading business was working for some, if not all. In the decade of 2000, the first crucial blow came with the 2008 financial meltdown. But this was also shoved under the carpet. All was well as we went into the 2010 decade. But then the cracks started widening — Brexit was waiting to happen; Donald Trump is not an aberration. 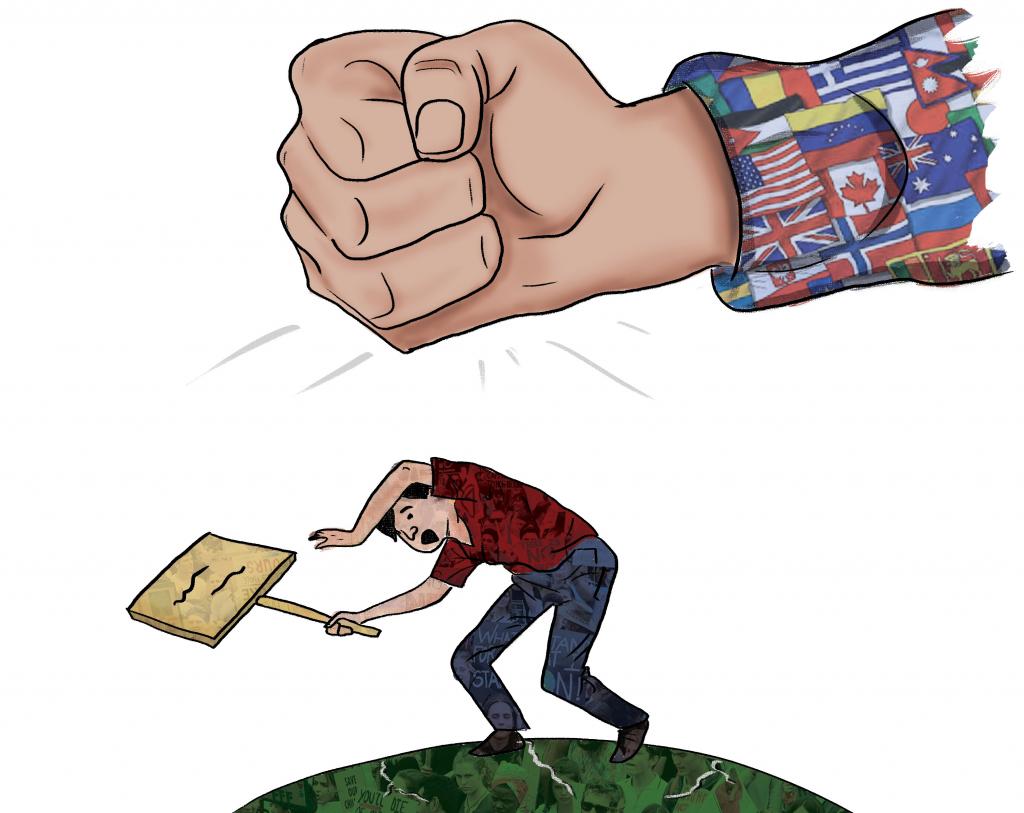 These are consequences — intended and unintended of the economic order in the post-globalisation world. It is a fact that in this period of obsessive and competitive growth, there have been many losers — most of all, the poor and the environment. Let’s be clear that in the last three decades — 1990-2019 — growth has stumped environment; even if local air has been cleaned, emissions have been externalised — leading to this existential threat of climate change. Our inheritors should remember this.

There is other decadal learning as well — in our world, we are seeing unprecedented rates of internal migration and rural distress. I say this with all caution because I know that data on migration, or population, is always delayed. But I say this, not only because of the massive and often vile discourse over immigrants, but also because we know that our cities are growing in the illegal and that this growth is massive and unmanageable.

In my city of Delhi, the scale of the so-called unauthorised settlements and its inhabitants cannot be counted anymore. But what we fail to understand is that people are coming because there are jobs to be found in cities, as against the village — where farmers are crushed under double-triple burdens of poor infrastructure, debt and now freak weather events.

The jobs that are available to the migrant are at the bottom of the heap — if we go into these factories (as I have) you see the deplorable and hazardous conditions of work; people eat and sleep in closed hovel-type places; fumes and all. But why should we be shocked? The fact is that modern industrial growth is designed to shift the burden of the cost of labour, occupational health and safety and environment to places where it can be discounted.

This is also where the circles close. The fact is that Delhi cannot breathe today — our air is foul and toxic. Our health is compromised. What we must understand is that a large part of the problem of pollution — some 30 per cent — comes from industries that spew emissions into the air. This industry cannot afford to move to cleaner fuel, like natural gas, because of expense. It will use the dirtiest of fuel — pet coke and if it gets banned then coal or anything else that is cheap.

In this way, the industry of our world discounts health — of its workers and of the surrounding region — because of the need to compete. This is the rule of the game. If its cost goes up, it will lose business, and it will now move to even poorer regions and work even more in the “dark” so that enforcement is not possible.

It is a race to the very bottom. But if we in Delhi want clean air, then we cannot export this industry to the next region. The airshed is the same. Air pollution is a great leveller, as I keep saying. We need to ensure that this industrial growth comes without discounting the cost of environment. We need growth so that it is inclusive — rural and urban; for the rich and the poor.

This should have also been the lesson for the rich in the rich world. Their governments have worked overtime in successive climate negotiations to erase the very idea of equity and justice. They believed they could shove the blame on the poor world as it works to develop — using the same energy sources that the rest of the world did and so emitting the same greenhouse gas emissions that the rest of the world did. But the fact is that we have one planet and one atmospheric space — it is also a common airshed. If the rich emitted in the past, the poor will emit in the future. We also share a common future and it does not look so good anymore in terms of climate impacts.

Now, climate change negotiations have a new twist in this deadly tango — the word is net-zero or carbon neutral, which could mean another attempt at creative carbon accounting. A game to find cheap options to cut emissions at home and through purchases from desperately poor developing countries. We know and they know it will not work in our severely compromised and climate-risked world.

It will lead to more poverty as climate impacts hit the poor, and they will have no options but to migrate and this will lead to more insecurity and more vile and nasty attempts to control immigrants. At this rate, the world will need another planet to build “detention” camps to hold the unwelcome outsider.

So, let’s please get real in this next decade. If not for our sakes, then for the sake of the young who will inherit this world — polarised; intensely unequal, and now greatly risked because of climate change. No more games. No more procrastination. The decade of 2020 is the last chance we have to walk the talk. To make it right. Let’s not lose it. Not again.