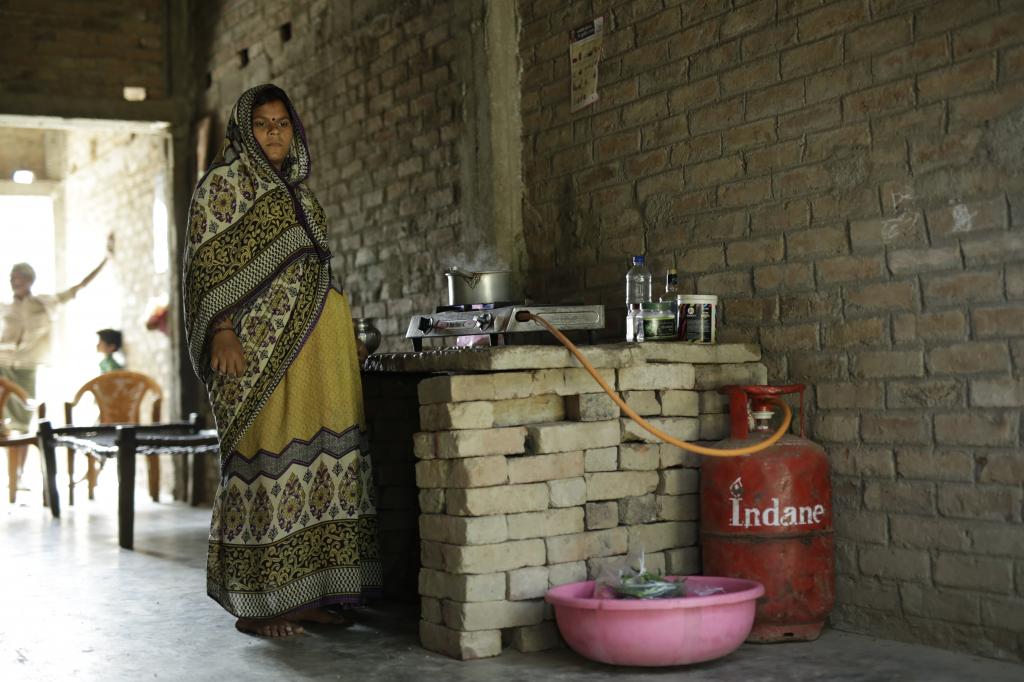 The State of Global Air report, 2020 has thrown some dismal statistics about air pollution in India: It accounted for at least 20 per cent newborn deaths (children who died within 27 days of birth) worldwide in 2019. More than 116,000 infants in India died in India, which was 24 per cent of the total deaths caused by air pollution.

A mother’s exposure to air pollution during pregnancy can result in lower birth weight and other ailments in the newborn. Most women in rural households are exposed to toxic air because they use solid fuel to cook.

At the time of its announcement, the scheme was seen as a step in the right direction, not only towards helping the poor with free fuel but also enabling better health conditions for women and children.

But how has the scheme fared in the last six months?

The beneficiaries availed 1.62 refills in the first five months of the pandemic (from April through September) against the three free refills guaranteed till September on an average, according to the data released by the Union Ministry of Petroleum and Natural Gas.

An RTI query has also revealed that 31 lakh households did not get the direct benefit transfer because of banking issues at the end of September.

Till 2019, the average PMUY user used three cylinders through the year at subsidised price. They would use less than 1.5 cylinders at subsidised price in the corresponding five months (from April through September), without accounting for seasonal effects such as impact of festivals. The increase in cylinder refill during the pandemic, therefore, was not much.

PMUY users used only 60 per cent of the total 24 crore free LPG refills offered by the government from April through September, according to a media report. The report also cited a survey by oil companies, according to which 36 per cent users used the refill transfers for other needs, and 40 per cent did not have a spare cylinder.

There was a wide inter-state variation in LPG use as well, which highlighted the rural-urban divide. Chhattisgarh had one of the lowest refill average of 1.61 at subsidised price in a normal year. This translated into average consumption of half a cylinder for five months during the non-pandemic year at a subsidised price (not accounting for seasonal effects).

Against this, Chhattisgarh had an average refill rate of 1.05 for the period of April-August, 2020 under the Garib Kalyan Yojana. It is pertinent to note that even though Chhattisgarh’s PMUY users used only one cylinder, it was an improvement from the usage in the non-pandemic years.

Therefore, while affordability was an important factor affecting income in the wake of the impact of COVID-19, it was not the only one.

In contrast, urban Delhi that has 97 per cent coverage under PMUY, had an average refill rate of 2.6 cylinders during the pandemic. This signified that people did opt for the free refill scheme. The income impact of COVID-19 was felt more acutely in cities in the initial period of the lockdown.

While the cost of clean fuel is a major deciding factor towards sustained adoption and must be the top priority for policy makers, it’s now time for us to focus on other mechanisms to promote clean fuel use for sustained utilisation.

According to the 2011-12 NSSO survey, 67 per cent households relied on firewood in rural areas compared to 15 per cent in urban areas. Targeting fuel stacking for cooking, therefore, is important.

It is important to note the significance of improving market access for these stoves. India transitioned from using firewood to electricity for lighting needs when obstacles to electricity access were removed. This study showed that a robust market-access approach was needed for a similar transition in cooking.

Tata Trusts, an organisation working for sustainable future, launched the Clean Cooking Programme in 2015 to promote better cooking stoves and cleaner fuel in rural households, has some interesting experiences from the field on the intersection of cultural, community, and personal preferences.

“Any clean cooking solution needs to meet the primary bottleneck of pre-existing bias against recurring usage cost and the need to adjust taste and cultural preferences, such as the taste of rotis made on chulhas, being preferred over gas ovens. It is well-established that the education of the primary decision-makers in households is a critical contributor to sustained adoption of cleaner cooking practices. Educated consumers are the first movers,” Rewasa Nishchal, lead, Clean Cooking Initiative, Tata Trusts, said.

She added that their initial findings pointed out that behaviour change communication (BCC) strategies were the most critical component in encouraging adoption.

“BCC, when delivered to the primary user and their households and supplemented with community level interactions, were found to be more effective than standalone messaging,” she said. The behaviour change messaging bundled with social initiatives from the peer group helped deliver at the household level.

This is in line with Down to Earth’s post COVID-19 cooking schemes report.  Community support in the form of village-level incentives will aid more immediate uptake and sustained usage.

A long-term campaign on disseminating information on health benefits of clean cooking in rural pockets is the need of the hour. Local LPG distributors should be made more accountable with clear timelines.

Linking other welfare schemes with LPG adoption could also be tried as a pilot project. For instance, incentivising long-term LPG uptake (six months or more), by subsidising health insurance premiums under Ayushmann Bharat scheme can be a way to start.

The Union government scheme is indeed a good idea to enable sustained LPG penetration. However, it needs to be bolstered with other initiatives that address the social, cultural and gender issues plaguing zero solid fuel usage goals for cooking. Only then will we be able to raise a generation of healthy mothers and children.