LPG connections not only success metric: CAG on Ujjwala

Scheme can't be a success without transition to clean fuel through sustained LPG use, auditor says 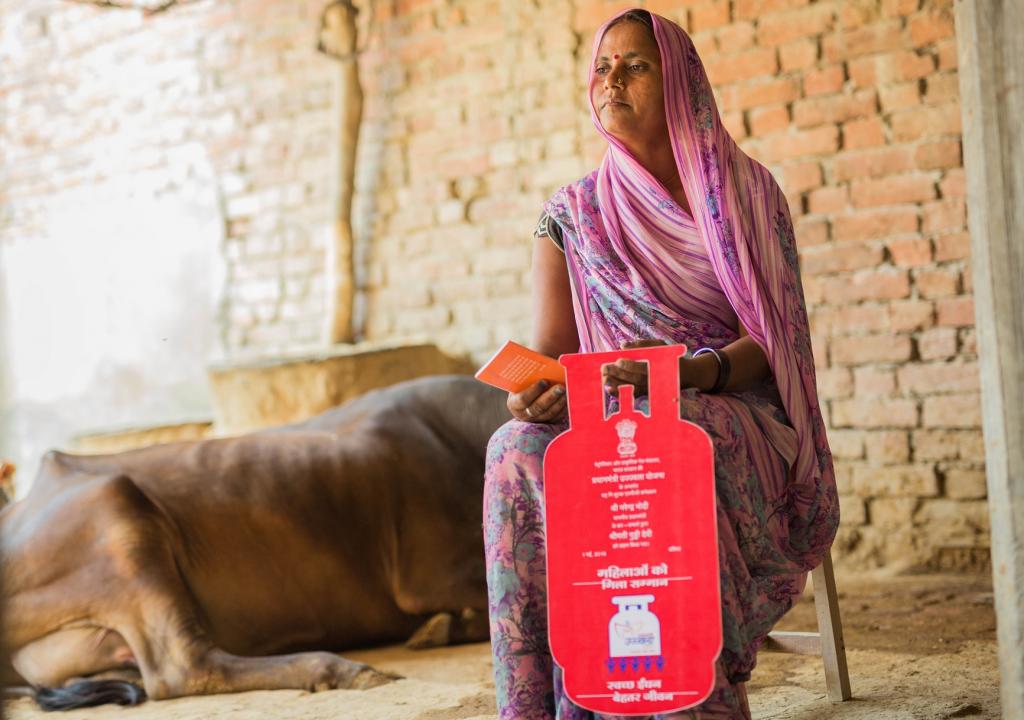 Guddi Devi of Ballia, Uttar Pradesh, who was among the first beneficiaries of PMUY. Photo: Srikant Chaudhary / CSE

Mere distribution of liquified petroleum gas (LPG) connections under the Pradhan Mantri Ujjwala Yojana (PMUY) cannot be the sole criterion to judge the scheme's success, the Comptroller and Auditor General of India (CAG) said in its latest report published on December 11, 2019.

Lack of usage of the LPG cylinders given under PMUY also remained a concern, the report added.

On several occasions, the National Democratic Alliance government has claimed PMUY to be a success, citing the large number of beneficiaries who have received LPG connections.

It is a fact that there has been a sharp increase in LPG connections since PMUY's inception. The number of connections increased to 9.87 crore, out of which, 7.19 crore were on account of PMUY.

However, the CAG report made an important observation. “The increase in the number of LPG connections during this period is not commensurate with the average refill consumption,” it said.

The CAG report said oil marketing companies (OMCs) had distributed 7.19 crore LPG connections and had thus achieved 90 per cent of the target. They still had a year's time to complete the remaining target.

However, the numbers achieved under the scheme were not sufficient to prove whether the scheme had achieved its final goal of providing clean cooking fuel to people, noted.

At the time of the scheme's inception, OMCs had estimated annual consumption of LPG cylinders to be three to four a year. Despite the initial surge, there had been a decline in LPG consumption, the CAG report said.

“The latest trend also confirms that the overall average refill consumption of PMUY beneficiaries is declining,” the CAG report said.

The report observed that the government's efforts to increase consumption had failed. These included conducting LPG panchayats, deferred recovery of loans from subsidy up to six refills, an option to switch over to five kg refill, improved accessibility and customer awareness to encourage first-time users for refilling.

The CAG report also made it clear that there was variation in refilling levels state-wise. Out of the 11 states which completed one year of the scheme, seven had less-than-average consumption of 3.21 refills per annum. This was the standard set under the PMUY. For state variation, see the graph below.

The CAG report concluded that the objective of distributing deposit-free LPG connections had been broadly achieved by the OMCs. However, the scheme could not be termed successful without ensuring the transition to clean fuel through sustained usage of LPG.