Punjab Assembly Elections 2022: The rivers that gave Punjab its name, are dying; But is anybody paying attention

The Sutlej and its tributaries in Punjab are extremely polluted; but politicians have only kowtowed to corporate interest 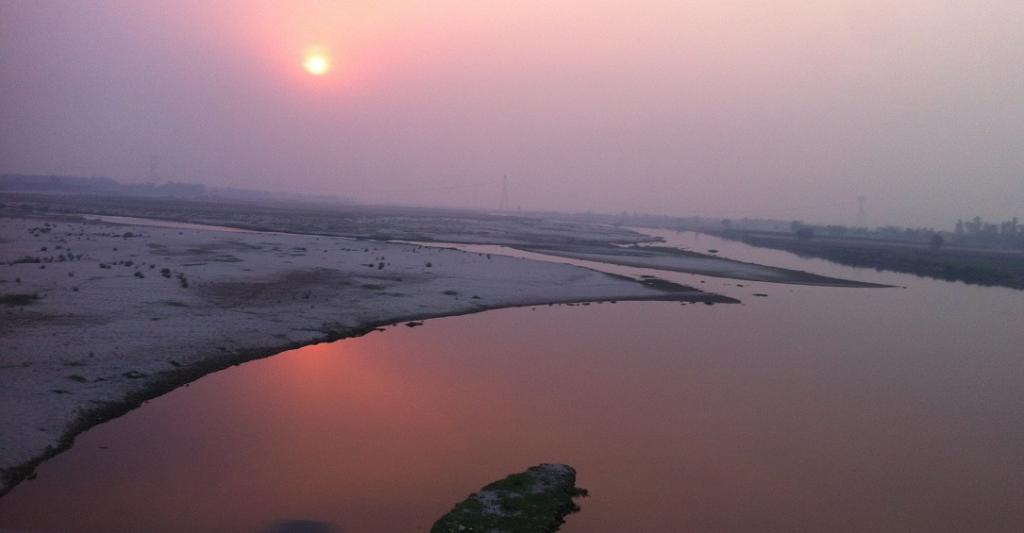 The Sutlej river at the town of Shahkot in Jalandhar district, Punjab. Photo: Wikimedia Commons

The 2022 Punjab Legislative Assembly elections will be held in Punjab on February 20, 2022. Political parties have come forward with all sorts of promises and claims to woo voters. But the conservation of Punjab’s natural resources such as air, water and land is missing from these.

Punjab’s air, water and land are severely polluted. The state’s air quality index is a matter of deep concern. More than half of Punjab’s districts have reported dangerous levels of uranium, arsenic, cadmium and lead in their groundwater.

But the saddest fact about pollution in Punjab is that the rivers, which gave the region its name, are today mere shadows of their former selves.

Since the partition of India in 1947, only two-and-a-half rivers have been flowing through Punjab. These include the Sutlej, the Beas and some part of the Ravi. The others — Jhelum and Chenab — now mostly flow through Pakistan, which has also been allocated their waters through the Indus Waters Treaty of 1960.

The remaining rivers in Punjab are going through a very critical situation currently due to pollution. The political parties contesting elections in Punjab have not paid any attention to the growing pollution in river water.

The Ravi flows through a small part of Punjab — the districts of Gurdaspur and Pathankot.

The Beas is in an almost good condition. An exception was in 2018, when a large number of fish died in the river due to the discharge of molasses from the Kiri Afghana Sugar Mill in Gurdaspur district.

But it is the Sutlej that has suffered the most.

The Sutlej is one of the fastest flowing rivers in the world. It originates from Lake Rakshastal, near Lake Mansarovar in Tibet. The river is 1,550 km long, passing through the Himalayas. The Sutlej enters the plains at the town of Nangal in Punjab’s Rupnagar district.

It flows through Rupnagar, Ludhiana, Jalandhar, Kapurthala and Ferozepur districts, covering a distance of 440 km, before entering Pakistan.

The Bhakra dam is built on the Sutlej near Nangal. Much of the river’s water is stored in the Gobind Sagar reservoir for hydroelectricity. The reservoir water is later released to villages in Punjab, Haryana and Rajasthan for irrigation and drinking purposes.

The remaining water is released into the river. Therefore, in some places, the water level in it is so low that it looks more like a sewer rather than a once-mighty river.

In fact, the tragedy of the Sutlej began only after the Bhakra dam was built. That is because very little water has remained in the river after the dam’s construction.

According to a 2009 report by the Punjab Pollution Control Board, the water of the Sutlej was ‘A’ grade (clean) at the time of its entry into Punjab.

But a mere five years later, in 2014, the water became ‘B’ grade. This was because the untreated water of industrial units at Baddi, Barotiwala and Nalagarh in Himachal Pradesh, began to flow into it through a tributary of the Sutlej, the Sarsa.

Due to the scarcity of freshwater in the Sutlej, the river has lost its natural ability to purify polluted water. The Sutlej has now ceased to be a river and flows through Punjab in the form of a sewer.

According to the Punjab Pollution Control Board, 18 cities situated on the banks of the Sutlej and its tributaries are polluting its water.

The Budha Nalla in Ludhiana city, which was once a tributary of the Sutlej, is now so polluted that when its water enters the river, the Sutlej water becomes ‘E’ grade.

The existence of the clean Sutlej river has thus come to an end because of the repeated discharge of polluted water into it. This polluted water causes various diseases in the surrounding areas.

The people of northern Rajasthan have no source of potable water other than the Indira Gandhi Canal that extracts water from the Sutlej. So, they have to drink the polluted water of the Sutlej which is putting their hygiene and health at a high risk and endangering their lives.

Many other rivers in India, including the Ganga and the Yamuna, have also been facing pollution problems.

Pollution in rivers is a global problem. The famous river Thames in England was badly polluted in the 1850s and 1950s. But with the continuous efforts of the British government and successful environmental campaigns, the Thames has been restored to its natural form by controlling pollution.

Political will is needed to clean the Sutlej and its tributaries. But sadly, Punjab’s political parties are completely silent on this issue.

The general public has also not paid attention so far. Now, it is the duty of Punjab’s people to make this an issue in the Assembly elections. They must warn the various parties that they will earn their respect and votes only if they pay much-needed attention to environmental issues.

The ruling political parties in Punjab have never taken this issue seriously. Under pressure from industrialists and corporations, they are disregarding environmental laws, polluting rivers and destroying their very existence, as well as endangering people’s health, hygiene and lives.

The general public must look through these petty and false near-term promises, claims and propaganda made by political leaders and demand that the environment be made clean and pollution-free.

Environmental cleanliness and pollution-free water, air and land are basic human needs that every government has a duty to provide.

Their duty also lies in reverting the damage that has been done since more than a decade. This should be the highest priority because it is high time to wake up and save the environment.