Switch it off!: How light pollution disorients ecosystems

Living beings depend on daily cycle of light and dark that governs behaviours such as reproduction, sleep and migration 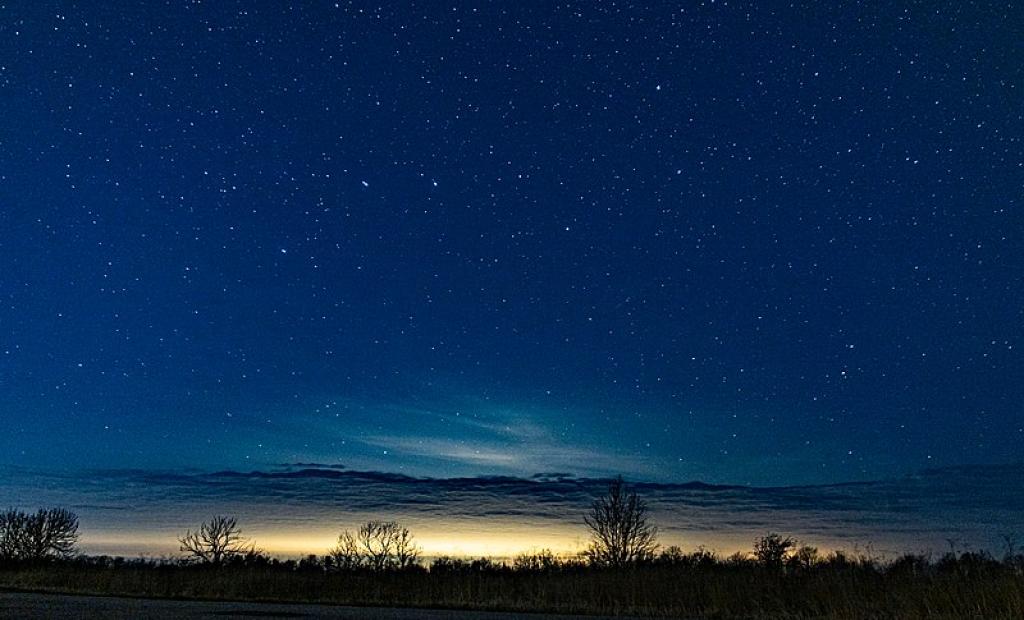 Watching the night sky, the stars and other astronomical objects is an absolute delight. Who can forget the synchronised movement of fireflies on a dark night?

While one may still observe these phenomena in rural areas, they are becoming increasingly rare in densely populated urban areas. The presence of artificial light in the environment is a major reason behind this. Other than restricting our ability to observe the wonders of nature, the presence of excessive light has grave impact on living beings.

Light pollution is an unwanted consequence of outdoor lighting and usually occurs due to excessive and inappropriate artificial light. There are five overlapping components of light pollution: Urban sky glow, light trespass, glare, uplight and clutter.

Urban sky glow refers to the brightening of the night sky over urban inhabited areas. The falling of light in an area where it is not intended or needed is called light trespass. Glare is the excessive brightness of light, causing visual discomfort and disability. An uplight is directed toward the open sky, causing a very strong, localised form of light pollution. Clutter refers to an excessive grouping of lights, commonly found in over-lit areas.

Poor placement of signage and streetlights, excessive and inappropriate use of light, high population density and a higher road density and traffic density contribute significantly to light pollution. At times, certain environmental conditions such as smog, fog and high levels of suspended particles also increase the intensity of light pollution.

Impact of light pollution on plants, animals and human beings

Light pollution interferes with living organisms’ biological activities, rather the timing of it. Living beings depend on the Earth’s daily cycle of light and dark that governs behaviours such as reproduction, sleep and migration. Artificial light at night has negative effects on these behaviours.

Plants are affected by three characteristics of light: Quantity, quality and duration. Quantity of light refers to the total concentration or intensity of the light.

Light quality indicates the wavelength of the light and duration refers to the total period for which light is present. Light pollution has the potential to alter one or more of these characteristics.

Broadly speaking, light pollution affects plants by interfering with photoperiodism. Based on their sensitivity to light, plants are classified as long-day plants, short-day plants and day-neutral plants. The presence of artificial light, beyond natural light hours, can disturb the photoperiods of these plants.

Several biological activities in plants, such as pigment formation, leave shedding and the onset and breaking of bud dormancy are determined by the photoperiod. The presence of artificial night lighting alters the natural photoperiod and, therefore, upsets the plant’s development.

Many plant species (such as night-blooming cacti, for example, Queen of the Night Epiphyllum Oxypetalum) bloom only at night and depend on nocturnal pollinators for pollination. Increasing lighting can prevent flowering and pollination in such plants and hamper reproduction.

Similarly, animals are also affected by light pollution. Crepuscular (active only at dusk and dawn) and nocturnal (active only during the night) animals depend on the duration of day (light) length to start / stop their daily activities.

Exposure to artificial light interferes with these activities, decreases their chances of finding food and mates and exposes them to predators. While light pollution can potentially affect any organism, its effects are particularly pronounced on insects, amphibians, sea turtles and migratory birds.

Artificial light at night is one of the prominent causes of global decline of insects. Amphibians are sensitive to ambient light and can detect light intensity at far below human limits. Amphibians perform their mating calls at night.

Long exposure to artificial light can interfere with this process and affect their reproductive success.

Sea turtles lay their eggs on beaches. When the eggs hatch, the hatchlings find their way to the sea by detecting the bright horizon over the ocean. However, artificial lights on the coasts draw them away from the ocean and in the wrong direction.

This process exposes them to several dangers. Nocturnal birds use moonlight and starlight for navigation and hunting and thus, become disoriented by a large amount of artificial light. The collision of birds with brightly lit high-rise buildings, lighthouses, wind turbines and sea-based drilling platforms results in the death of numerous birds and is a common phenomenon in many cities.

In human beings, disruption of circadian clock has been associated with a variety of medical issues, including depression, sleeplessness, cardiovascular disease and cancer.

We should use light only in places and at times it is needed. Installation of time and motion sensor-based lighting can help achieve this. Whenever possible, efficient lighting should be used and should be directed at the ground, not the sky.

A good lighting design should optimise the visibility of the intended object and minimise glare and light trespass. Artificial light should be minimised in ecologically sensitive areas such as routes for migratory birds and beaches with active hatching of turtle eggs.

Proper guidelines should be introduced regarding lighting on the highways and roads in or near forest regions. Awareness about this lesser-known form of pollution needs to be augmented so that we can fine-tune our activities to reduce the negative impacts and make the world a better place for all beings.