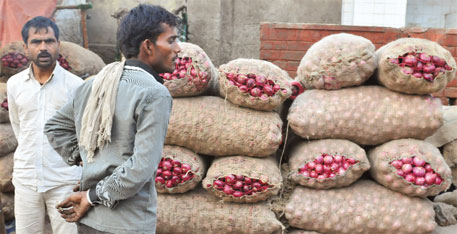 Food inflation is back on the national political agenda. In August, food inflation rose to 18 per cent, the highest in nearly three years. It is no more a unilateral onslaught of onion price rise on the political class. All food items now compete with onion in being unaffordable. By August this year, onion price went up by 245 per cent and that of other vegetables by 77 per cent. Politicians now use the broader term, food inflation, as a political weapon instead of evoking the name of just onion to strike fear in the hearts of opponents. Food prices have been rising since 2006. In the past five years food inflation contributed to over 41 per cent to the overall inflation in the country.

More than two years ago, this column had argued that the era of cheap food is over. At that time the point was to use this for the benefit of farmers. Increasing food demand and price could be the best opportunity to lure farmers back to farms. But today there is a pressing concern, particularly for a country like India, which has the world’s largest number of poor. How is the rise in food price affecting the poor? Going by recent studies and anecdotal field reports, food inflation has impacted the health of the poor the most. It is an irony that while globally the fight against malnutrition is intensifying, food inflation may be impeding it within the country.

Given that an average household in India spends nearly 50 per cent of its earning on food—the poor spend more than 60 per cent—price rise will precipitate a crisis. Going by the survey findings, the impacts will be severe in India. The poor will face double whammy: one, they will be forced to spend much more on food by diverting funds for other purposes and two, their health will further deteriorate. India’s poverty level may increase sharply and the country may not achieve results in its fight against infant and child mortality and malnutrition.

In 2007, when the Planning Commission released the poverty estimate, decline in poverty was credited to low food inflation in the previous year. During 2008-2012 food inflation has averaged 10 per cent per year. One can infer the impacts on the poor. (Interestingly, a recent poverty estimate shows a sharp decline in the poverty level in the country.)

This warrants a political and policy response. The political response must be a search for the reasons behind price rise, while the policy response must be to fix these reasons. Since 1996-97 when India opened up its agriculture sector to international market, it has been subjected to global changes. Practically, Indian agriculture cannot be delinked from global developments. But it can definitely be protected at the local level through political and policy interventions. A policy intervention can be as simple as distributing subsidised food more efficiently. Or a political intervention can be as simple as bringing food self-sufficiency back on the national agenda. These articulations sound clichéd but they need to be emphasised.