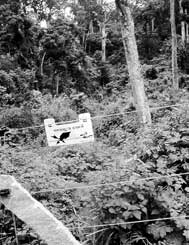 Nearly 500 Protected Areas (PAS) in India cover about five per cent of the country's land area. One of the goals of this impressive protected area network isor should beto ensure that it encloses viable populations of all species that are known to occur in India. It is impossible to evaluate whether the network meets this goal because of several reasons. Population sizes of most living organisms are very poorly known. Besidesthe number of species known to exist in India is so enormous that it is impossible to make such an evaluation. And even if such an evaluation is done it reveals shocking lacunae in our protected area network.

What I propose to examine is the extent to which endangered mammalsreptiles and amphibians in India are represented in at least one protected area.

The data for this come from Conservation Assessment and Management Plan (CAMP) workshops on each of the above taxa held in order to make a rapid assessment of the conservation status of species. This was assessed on the basis of the revised World Conservation Union (IUCN) criteria which categorises species as extinctcritically endangeredendangeredvulnerablelow riskdata deficient and not evaluated.

More than 90 per cent of the extant species were taken up for assessment. Among those assesseddata deficient species were highest in mammals (26.3 per cent). Among species on which sufficient data were availablethreatened species were greater among amphibians and reptiles (60.1 and 56.6 per cent respectively) than mammals (43.4 per cent). Thusit appears that the lower vertebrates are under greater extinction risk than mammals.

Amphibians and reptiles show very high species richness and endemism with Western Ghats and northeast Indiaboth being two major centres of their distribution. This might be because of the natural drainage and altitude of these areas in the case of amphibians and reptiles respectively. A major reason for greater extinction risk among these two taxa was decline in habitat quality caused by degradation.

Even when the importance of habitats such as tropical rain forest is recognisedthe goal was to incorporate large areas at a few localities into the protected area network. This approach assumes that like the large mammalsmost of the other organisms of that region would be represented in a few large protected areas. For exampleit is assumed that most amphibians that occur in the Western Ghats would do so in a single large protected areaas in the case of most mammals.

It is now clear that this is far from true. The very high species richness of amphibians and reptiles in the Western Ghats is due to a high turnover of species from one locality to another.

It is a matter of great concern that the protected area network may be far from reaching one of its major goalsthat of harbouring all endangered species. It is important to reassess our strategy to ensure their protection.