India has enough laws to protect its intellectual property rights. It is the implementation that is wanting

IT was an unexpected announcement that conveyed a strong message. “We are very strong in IPR (intellectual property rights) and we want to protect our national interest. That does not mean we are going to be regressive or restrictive, but it is the duty and right of the government to protect the IPR of our country.” That was Union minister for commerce and industry Nirmala Sitharaman at a recent meeting where she outlined the objectives her ministry had set for itself. “When we are going for arbitration on IPR, others are picking holes because we don’t have an IPR policy. The lack of policy has really curbed us from establishing our rights in a forceful way.”

It was a statement that also left many bemused. Surely, India had debated its policy on IPR thoroughly before amending its laws thrice since 1999? And had the country not brought about the biggest change to its 1970 Patent Act by allowing product patents almost 15 years ago? Sitharaman was clearly alluding to the persistent attacks on India’s patent regulations by US business lobbies and their supporters in the Congress. But the statement failed to clarify why a policy however sharply enunciated by the new NDA government would mollify the US industry, in particular the big pharma companies. 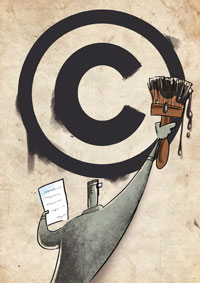 These companies are miffed with sections 3d and 3e of the patent law which bars them from extending or evergreening patents on their original discovery by seeking fresh IPR on incremental innovations. The lobbies are seeking a repeal of these “troublesome sections” through a propaganda war rather than taking the country to the disputes settlement body of the World Trade Organization (WTO) as they should if the law is not compliant with its requirements.

India is perhaps the only developing country with a long history of patent lawmaking starting with the colonial times. The turning point came in 1957 when the government appointed the Justice N Rajagopala Ayyangar Committee to provide a road map for revising the patent system. In September 1959, the Ayyangar Committee submitted its well argued 397-page report which recommended the retention of the patent system despite its shortcomings. However, there was a significant caveat in the national interest: there would be no product patents in two key sectors—pharmaceuticals and agricultural chemicals. This report formed the basis of the Patents Act, 1970, which was passed after much deliberations outside and inside Parliament.

Critics have termed this a defensive patent policy but it helped to foster the development of a pharma industry that provided inexpensive generic versions of high-cost medicines developed by the innovator drug companies in the developed world. Indian companies became adept at developing new production processes and novel formulations that brought about the generics revolution that was admired—and reviled—across the world. The process-only law passed in 1970 served the country well until it signed the Trade Related Intellectual Property Rights Agreement or TRIPS mandated by WTO rules.

What will a new IPR policy look like? India’s stated position at several international forums is that it favours open source innovation. It is also strong on protecting its traditional knowledge in a more focused way. This is all to the good since the current patent system of granting monopolies to the innovator—usually for a 20-year period—ignores the social cost of providing public goods in a variety of sectors.

The problem, however, is not with the policy or the laws. India has enough laws and more to protect its IPR-even in biodiversity and traditional knowledge. It’s the implementation that is wanting with regulators such as the National Biodiversity Authority and the National Bureau of Plant Genetic Resources failing to safeguard our natural resources and the IPR on these. Will a policy fill the shortcomings of the system?