Reform in fossil fuel subsidy is a mitigation opportunity 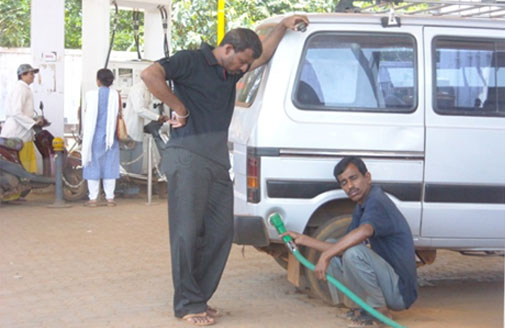 Fossil fuel subsidies have been historically aimed at easing the burden of the poor and protecting consumers in most countries. Unfortunately, these subsidies end up intensifying fiscal imbalances and diverting government money to causes other than development. They also inadvertently promote excessive energy consumption and energy-intensive technologies and industries.

According to International Monetary Fund’s (IMF) report—IMF Working Paper: How Large Are Global Energy Subsidies?—released last month, global energy subsidies in 2013 amounted to a total of US $4.9 trillion (6.5 per cent of global GDP).

Vitor Gaspar, director of the fiscal affairs department at IMF, writes in his blog, “The figure likely exceeds government health spending across the world, estimated by the World Health Organization at 6 per cent of global GDP. They correspond to one of the largest negative externalities ever estimated.”

On the other hand, the Green Climate Fund, a fund intended to help developing countries mitigate and adapt to climate change, has accumulated only $10 billion so far. Even in his book, Stern Review on the Economics of Climate Change, UK’s Nicholas Stern stated that one per cent of the world’s GDP would be enough to limit the rise in global temperature to 2°C. (This number was raised to two per cent in 2008).

On Tuesday, at a side event during the climate change conference at Bonn, presenters said that removing fossil fuel subsidies would most likely reduce greenhouse gas emissions by 6 to 13 per cent by 2050. The event was organised by the Nordic Council of Ministers, Global Subsidies Initiative and International Institute for Sustainable Development (IISD).

“This subsidy reform can not only save money for nations, but if this is converted to a fossil fuel tax, it can generate revenue that can be used for social and developmental causes,” said Laura Merill, senior researcher of global subsidies initiative at IISD. For instance, the cess of Rs 200 per tonne of coal that the Indian government levies accumulates in National Clean Energy Fund. This fund is used to incentivise renewable energy in the country.

The event emphasised that fossil fuel subsidy reform should be part of the Intended Nationally Determined Contributions (INDCs) that all countries have to prepare before COP 21. Historically, between 1980 and 2010, fossil fuel subsidies have been responsible for 36 per cent of the world’s carbon emissions. These reforms can act as mitigation tools for nations.

Such reforms also come with their own set of challenges. One of the biggest hurdles is the social consequence of removing fossil fuel subsidies. Though the benefits of the subsidy barely reach the poor, their removal is likely to see widespread unrest. A massive backlash from the fossil fuel lobby is also expected. There is no clarity on what can constitute INDCs and, hence, the potential role of subsidy reform in INDCs is still not known.

But reforms in fossil fuel subsidy remain an important mitigation option. The reform has to occur gradually and in phases. It is not an overnight process. The reform would not only free up funds for investment in development causes, it would also make fossil fuels more expensive and tilt the scales in favour of renewable energy deployment.