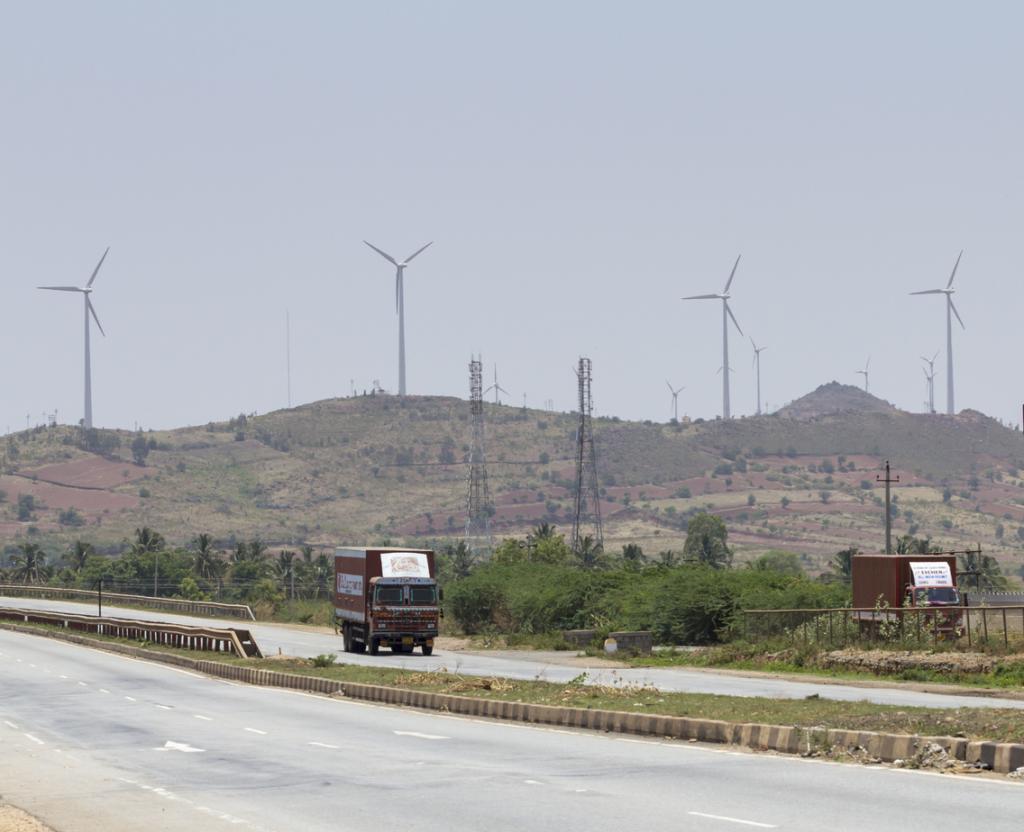 International green finance flows to India are still at a slow pace, and insufficient to drive the economy towards its Net Zero goals by 2070.

Two reports released recently shed light on the country’s green financing scenario and there is very little to cheer.

Green finance flows in India are falling far short of the country’s current needs, highlighted one of the reports released in August 2022.

“In 2019 / 2020, tracked green finance was ₹3,09,000 crore ($44 billion) per annum, approximately a fourth of India’s needs,” Climate Policy Initiative, an analysis and advisory organisation with expertise in finance and policy, stated in the report. 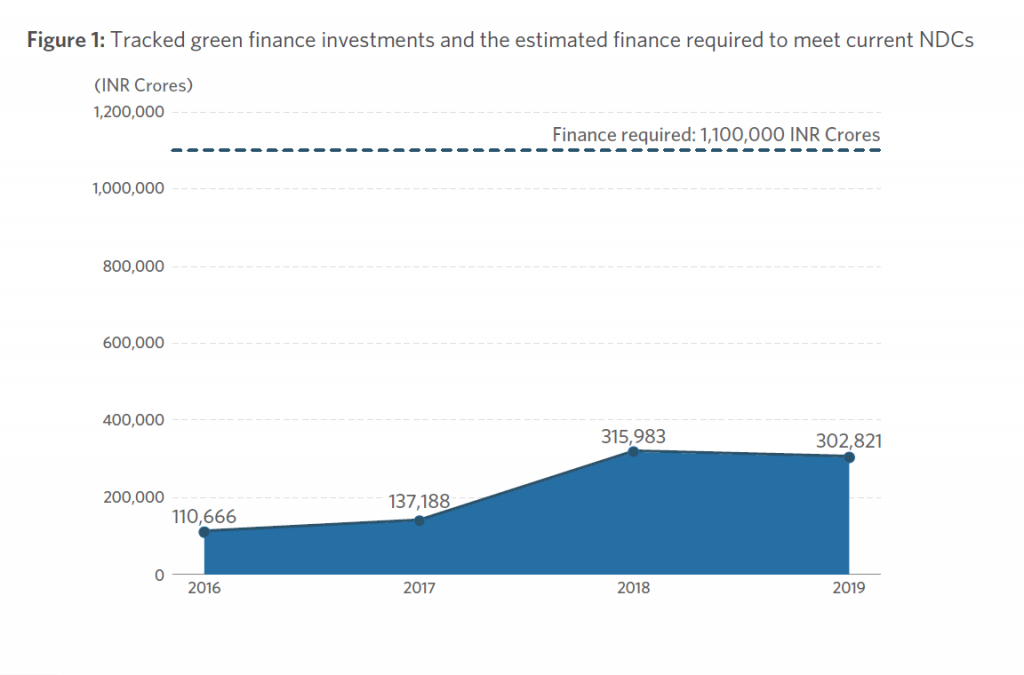 The trend is historical, the report on energy efficiency, clean transportation and clean energy highlighted.

Another report by Vasudha Foundation, a non-profit and leading policy advocacy and clean energy market enabler, released September 22, 2022 identified the following reasons for the shortfall: 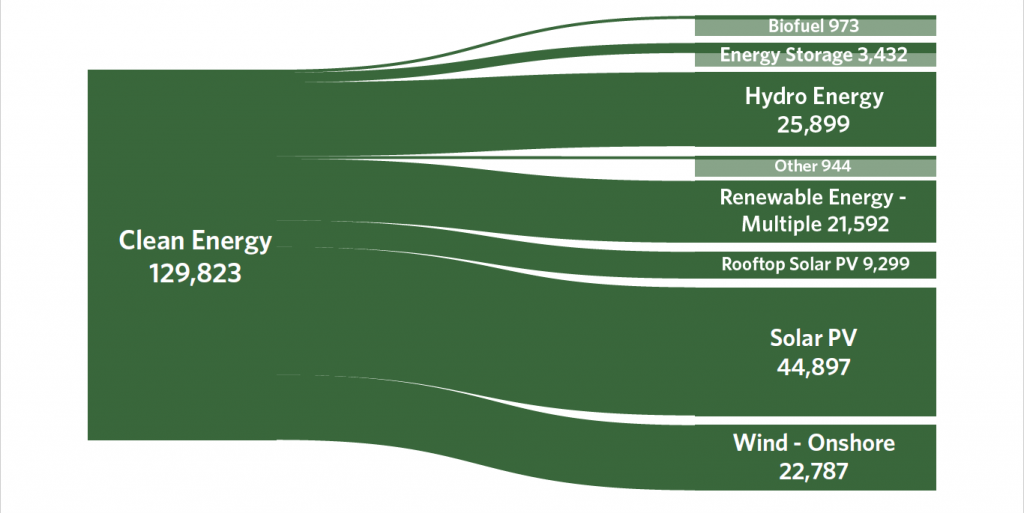 International finance trends for RE

The report by Vasudha Foundation tracked the finance flows over five years. The following trends emerged:

These investments see a common trend in the alternate years: 2016 and 2018 had higher investments averaging $2 billion and the remaining years averaged just $874.6 million.

The decline in investment observed in 2020 can be attributed to the COVID-19 pandemic.

Major investors: Since 2015, India received investments from 24 unique donors operating through 43 agencies. Over the five years up until 2020, the report looked at the quantum of investment received from the top five donor countries and the top five contributing agencies towards India’s RE development.

Germany and the United States of America were the largest investors, contributing over $1 billion each. The International Finance Corporation was the highest contributor among multilateral agencies, with investments exceeding $1.3 billion.

Facilitating agencies: The agencies through which Germany and USA have primarily invested in India’s RE projects were highlighted.

Similarly, almost all the investments from the USA have been made through the US International Development Finance Corporation.

Top 5 donor countries & agencies contributing to RE investments in India

Despite these challenges, the prospects of RE financing driving significant economic growth are massive.

Addressing climate change will certainly mitigate associated risks of financial institutions. It will also present itself as a major opportunity that can aid economic growth and earn steady revenues.

Transition of carbon-intensive companies to low-carbon pathways will mean a fundamental shift in operations that will require capital. Financing will thus be required to help them achieve their Net Zero transmission goal.

Clean energy transition will add 0.4 per cent to the global gross domestic product (GDP) each year, according to a joint analysis of the International Energy Agency and International Monetary Fund cited in the report.

If financial institutions in India fail to make the timely shift in approach, it can erode close to $23 trillion from the global economy by 2050.

According to the Climate Economics Index that ranked countries based on the GDP impact of the physical risks emanating from gradual climate change over time, India ranks 45 out of 48 countries in consideration.

This underscores the economic importance of serious climate actions. 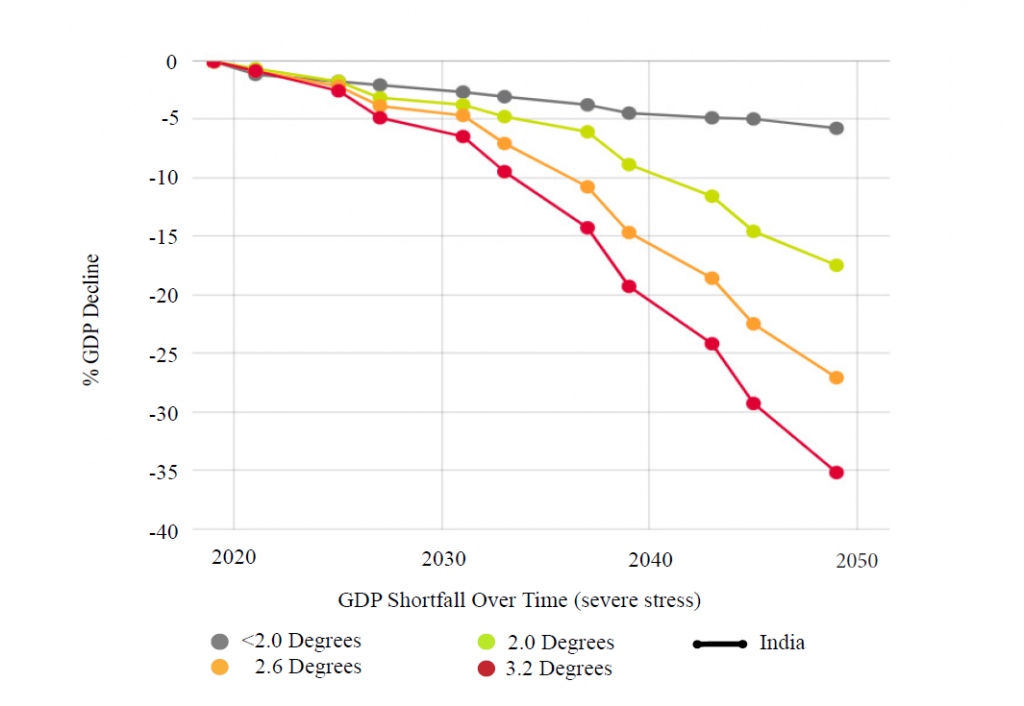 Capacities existing in India’s financial sector could also have been tracked. The reports would have been enriched if it had captured the unique experience of two financial institutions in India, which may hold valuable lessons in green financing for the most sensitive sectors.

IREDA, a government-backed agency for promoting clean energy investments, announced its aim to become India’s first Green Bank in May 2016 and has geared its financing to meet this goal.

Of the company's total loan assets of ₹33,884 crores (ending May 2022), less than 2 per cent has been lent to micro, small and medium enterprises (MSME), according to Pradip Kumar Das, chairman and managing director, IREDA. “IREDA aims to increase the participation of MSMEs in the RE sector.”

The target of 500 gigawatts of RE capacity by 2030 cannot be achieved without the considerable participation of MSMEs, he highlighted.

Here, the role of SIDBI, the principal financial institution for the promotion, financing and development of the MSME sector assumes significance.

SIDBI is an accredited agency of Green Climate Fund and is equipped to channel funds for fostering green investments directly and through its partners.

“Innovations in financing and technology should go hand in hand to facilitate accelerated green transition in the country,” said Rajiv Kumar, general manager, green climate and energy efficiency centre, SIDBI. This is especially true in critical sectors such as small and medium enterprises that form the core of the Indian economy, with international finance flows playing a critical enabling role, he added.

The current belief that international capital is key for financing green energy projects is perhaps misplaced, according to Padu Padmanabhan, independent energy expert, formerly with USAID, World Bank and KAPSARC. And more so, considering that cost of foreign capital is at least 24 per cent higher compared to the US or Europe to offset currency and other risks, he said.

"International green finance flows into India between 2016-18 amounted to only 15 per cent ($5.7 billion out of a total of $ 38 billion). The balance 85 per cent ($ 32.3 billion) presumably was met from domestic sources, Padmanabhan added.