Revision in Delhi’s parking rates is a positive step 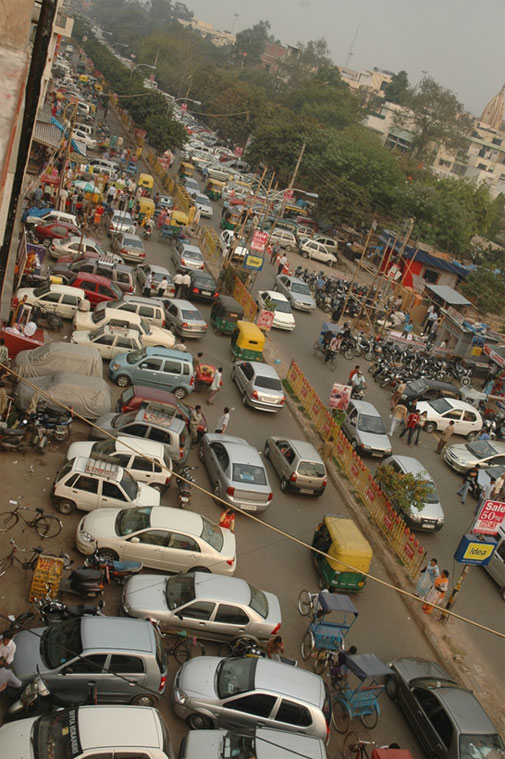 With the increasing number of vehicles, the demand for parking has been on the rise, especially in the last 15 years. To tackle this growing demand, Indian cities have been adopting the conventional solution of increasing parking supply, but keeping the parking charges unaffected.

Most Indian cities and their municipal bodies fix parking charges on an ad-hoc basis. Preference for private transport, encouraged by the abundance of parking supply and paucity of alternatives, has led to spiraling growth in parking demand.

In an order dated May 5, 2006, the Supreme Court had directed the Environment Pollution Control Agency and the Delhi government to issue necessary directions for implementation of a parking policy. In response to the Supreme Court’s directive, and in consultation with the concerned civic agencies of Delhi, the parking policy presented to the court stressed that private vehicle owners must pay the cost of using public spaces for parking. Parking policy cannot be based on the increase of parking supply, but on restricting the availability of parking in the city along with strict enforcement to prevent misuse of limited resources.

Monthly parking charges have also increased significantly. The rates for multi-level parking facilities have not changed much though. Similar revisions have been enforced by municipal bodies in north and east Delhi.

Until recently, the parking charges applicable to designated parking areas in Delhi were Rs 10 for up to six hours and Rs 20 for more than six hours. This was very low when compared to the cost of land on which the parking facilities were located. On the other hand, a few multi-level automated parking complexes were planned and constructed by civic agencies with public money. These complexes would charge more than Rs 30 per day and hence, would not draw car users due to their high charges.

The rest of the city was, meanwhile, acting like a free parking lot. Civic agencies were not only incurring huge losses in revenue, they also had to spend additional public money to construct multi-level parking lots with the hope that they would reduce on-street encroachment by errant cars.

As a principle, construction of parking facilities for private vehicles should not be dependent on subsidies. The actual cost of land, based on market value, should be used to determine parking charges. The reason for this is simple. Any parcel of land withdrawn from public assets and invested in parking for private vehicles benefits only a very limited number of individuals for their personal needs, which in this case is parking.

As such, taxpayers’ money should not be used for the construction of facilities for individual benefits. Such individual car users must pay for every inch of land invested in such a facility at market rates.

In the last five years, there has been growing acknowledgement of the need for a planned approach to curb the demand for parking which, in turn, has led to many significant policy interventions. The National Urban Transport Policy (2006) of the Union Ministry of Urban Development suggests levying of high parking fees to make use of public transport more attractive.

National Sustainable Habitat Standards suggest, “Parking is a consumer commodity, not a legal right. Private vehicles must be parked on a fully-paid, owned or rented space. No subsidised parking is to be provided in public spaces. User must pay the full cost of parking facility based on land opportunity cost, capital cost, O&M costs and temporal demand.”

The increase in parking charges is the first step towards reducing vehicular congestion in Delhi. Now, the civic bodies must ensure that the funds generated by parking facilities are invested in the improvement of public and para-transport and the condition of roads. Critically, enforcement must ensure that each and every parking space is paid for.

Adarsha Kapoor is an architect and urban designer with the Centre for Science and Environment in Delhi. He advocates the use of sustainable mobility options
Union Ministry of … Public Transport Public Transport Parking charges Parking National Urban … Multi-level parking Environment … Down to earth Delhi
Donate Now