Road Design: Why do Indian cities never get it right?

After a hectic schedule yesterday, I finally landed in Colombo, Sri Lanka, to attend the integrated conference on Environmentally Sustainable Transport (EST) Forum and Better Air quality. The first thing I observe are the nicely laid out and well lit pavements, proper parking spaces and no encroachments either on the road or in walking spaces. I thought to myself, if the Sri Lankans can why can’t we?

To my surprise, I find most of the decision-making authorities in transportation in India present at the conference. I wondered, what do they really hope to learn from here? Sri Lanka is also a developing nation and so are we, so what really went wrong in India? 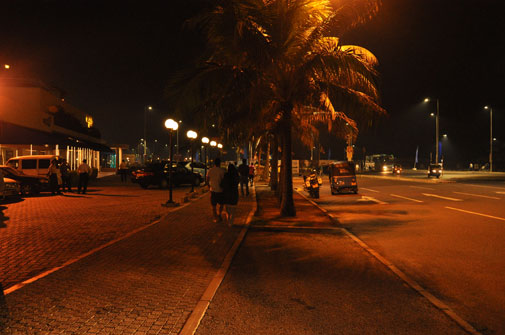 So, the first thing in the morning I push myself to attend the pre-event session on “Scaling up Sustainable Transport Solutions to Improve Quality of Life in Cities”. I had no idea what they would be discussing but I found the title interesting as “SUSTAINABILITY” is a catchy word. The presentations roll out and then Santhosh Kodukula from International Council for Local Environment Initiatives (ICLEI)  starts his presentation on “Non Motorised Transport or NMT”, another catchy word.

So why do we walk? Who really cycles and why? Why did you stop cycling? If your regular vehicle breaks down what is the alternative option? Well, the answer depends on the region the question is put forth. A person responding from Delhi would say that she would take her other car or maybe hire a taxi, but the same can’t be expected from a person in Germany or Denmark.

All the old cities in India were designed to be walkable cities, it’s only when they expand the infrastructure and development takes place that we lose the actual character of cities. Bangkok is no different; the city which was once called the Venice of the East took motorisation as a status symbol and now has three storey flyovers.

The NMT share in most of the Indian cities is as high as 30-40 per cent of the traffic but design interventions by city authorities are aimed more at providing ease to car users. So budget and funds is not a problem, but the mindset is. Pedestrians and cyclists are forced to use shady subways and foot over bridges. The fatality rates of vulnerable users have been increasing every year; the air quality is worsening day by day. If this is not enough, we go more insane by banning cyclists on around 175 roads in Kolkata. So what is the real deal here? 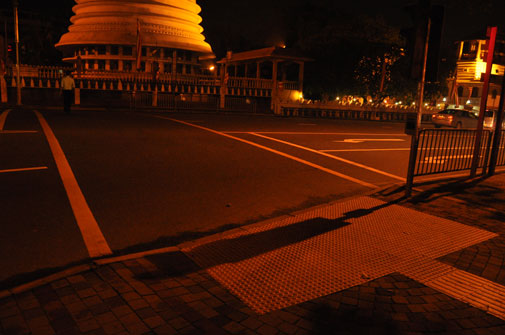 Are we trying to learn from worst examples such as in Manila, where the law enforcement traffic truck used to carry wet cloth and if anybody who is not walking on the pavement was beaten up.

Is a car-oriented city ever healthy or are we becoming the same characters as in “WALL E” where all people had become machines and they never knew the value of healthy and livable cities?

What have other cities done differently?

“In terms of infrastructure, what differentiates advanced cities is not highways or subways but quality sidewalks and cycle ways,” quotes Enrique Penalosa, former Mayor of Bogota, Colombia.

Planning for cycles and NMT is the easiest task and in the same road space the cycles and walkers can carry more people than cars and two wheelers, and they help curb air pollution. No transport project will be complete if you don’t plan for NMT and integration. Anyone and everyone is a pedestrian, a person who drives a car, flies a plane or rides a bicycle ultimately has to walk to reach the final destination so walkers need SPACE.

The five key elements for NMT planning can also be called S.P.A.C.E, which when expanded relates to

Safety can be achieved by good road designs with proper speed limits, traffic calming measures and roundabouts. European cities have planned their roads according to the given elements and given road space priorities to pedestrians and cyclists. Houten in Netherlands has not restricted car use but car users take the longest route and the NMT users have the direct route. Copenhagen did a very secretive attack by reducing parking space. Every year they would reduce 3 per cent of parking space and increase 3 per cent of green space, so after 10 years they had reduced 30 per cent of parking space and automatically people shifted to healthier way of living as the green and walking spaces were increasing.

So, ultimately it’s the will of the government to change the way their city or country looks. The Indian transport responsive authorities need to understand that no transport project was/is/will be complete without proper priority for NMT and multi modal integration. We do not always have to look at European or Western country examples, if we look closely at our neighbouring countries and learn to adopt their best practices.

Walkable and … Integrated … Down to earth Colombo Colombo
SUPPORT US