Roti, kapda, and the other makaan bygones

Green buildings can happen only when we adopt a holistic approach that brings fashion, food and the building industry in sync

Green buildings can happen only when we adopt a holistic approach that brings fashion, food and the building industry in sync 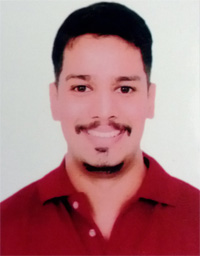 What is interesting is that our approach to green buildings is also modernist! We don't look at the interconnectedness of our lives and lifestyles with buildings. And thus, in our opinion, always end up falling short.

We would go so far as saying we are incapable of thinking sustainably because sustainability requires a 'systems thinking' approach, and we can only think in silos.
We are also manipulative and lazy, and “its hot in Delhi”, so we prefer to have the environment controlled artificially, using machines, electricity and fuel-oil, as against bothering to control ourselves. And that’s when the cookie begins to crumble.

Fortunately, that is not what Indian tradition followed. And we still have the option of reverting to that way.

Events in recent history that impact buildings today, include the Predicted mean Vote (PMV) and Predicted Percentage Dissatisfied (PPD) experiments conducted by Prof Ole Fanger (1970s) and then Humphreys & Nicols (1990s), that highlighted the correlation between human thermal comfort and factors such as the clothes we wore (parametrically referred to as Clo factors), and our metabolic rate (parametrically referred to as Met value) which varied with the kind of activities we performed in the buildings we occupied. These were closely related to the rate at which the human body secreted sweat to regulate its thermal mechanism.

These two (Met and Clo) were considered among other parameters (which over time have dominated the comfort debate), namely, dry bulb temperature, relative humidity and wind velocity.
Most adaptive thermal comfort models from across the world, including our very own desi TSI or tropical summer index studies take these (Met and Clo) parameters into consideration. So why don't green building "experts" at large?

It’s a very simple, linear process in India. In fact, we have a 1978 Hindi film that names the process—roti, kapda aur makan (bread, clothing and housing). Unfortunately, our newfound technological "development" has led us to jump straight to the makaan component of the process (via green buildings) and the interconnectedness of the other two are forgotten.
Let's look at roti for starters. Food across India is almost always locally grown, responds to the seasons, and (no thanks to our schooling system or a super market that can supply anything in any season) grandma's recipes made sure that the food varied with the climate and we were fed accordingly; all this in a manner as to keep our artificial energy consumption to an absolute minimum, and our health at an optimum. Our food also went on to impact our metabolic activity and metabolic rate.

Traditionally, the food we ate was not only consistent with our natural environment, but also consistent with the kind of work we did. So a labourer would end up with a high carb diet (and still does) for physically intensive energy, and a shopkeeper would eat less carbs and more vegetables and pulses.

In fact, it worked both ways. So, if you were to spend enough time exposed to the natural environment, your body would by its own accord crave food types that would help maintain its thermo-regulation system with ease.

The only way that your body would crave a pizza or a burger or pasta, in the sweltering summer heat of Delhi, would be to first isolate your body from the natural environment (via air conditioned spaces) and only then would these foods sell. And notice that all these food types come from countries that are dominated by cold climate, where the body burns calories to keep warm, completely unlike ours where the requirement is exactly the opposite. Another aspect not looked into by us before calling for that home delivery.
This is a critical issue that if revived, can give rise to a “resurgence” (borrowing from Satish Kumar, editor of Resurgence & Ecologist magazine) in local farming practices and large-scale employment generation to fuel the local demands that would rise naturally.

Let's look at kapda or clothes now. Once again, across India, clothes vary with the natural climate. From the dhoti kurta, ghagra choli, and mundu-angavastram (in hot climate types) to the goncha and firan (in cold climate types), the clothes change with the changes in the natural environment. And, to be comfortable, clothes also need to be made from fabrics that cater to the climatic demand. But is that what is followed or sold?

The Lakme India Fashion Week is possible only because of air conditioning. With the designers copy-pasting European trends en-masse, put any of those eight-pack toting/hour-glass bod models in the summer sun and lo! The truth shall be revealed.

Further, today's jeans culture is slower understood and faster adopted. Jeans were worn by miners in the US; poor people who couldn't afford better in the taxing, cold dankness of the depths of the earth. What's up with us?

To top that, these days they have stretch jeans that have lycra in them. These, again, are completely counter-intuitive and can only be worn if we're in an air-conditioned environment. If we wear them outdoors, the water demand for washing Jeans in our climatic conditions, and at the rate we as Indians are designed to naturally sweat (yes, its natural to sweat!) is astronomical.
The Japanese, in a massive bid to impact energy-use reduction, actually went ahead and mandated (in regional policies) for occupants in buildings to dress as per season. In other words, no three-piece suits in peak summers (and their peak summers don't cross 30°C!). Imagine the energy required to keep an unfit, corporate executive in a three-piece suit or even a tie and suit, cool!
What we need is a holistic approach that brings the fashion industry, the food industry and the building industry in sync; with a national vision that caters to local and regional demand; as against catering to what we perceive the west wants us to create. Out of the unfortunate disconnect that separated them, no thanks to "modernism".

That's when we can start looking at a truly holistic approach to green across the nation, and definitely India as a trend-setter across the world.

In a recent project (sanctioned, and on route to construction) in Bhutan, the Delhi-based architectural group, Akaar, is actually exploring this angle as a specification. The project is being built under the auspices of the king of Bhutan, and is a school. Amongst critical issues such as a complete curriculum re-development, the educationists (Universal Learn Today group), the architects and sustainability consultants (Psi Energy, Delhi) are putting forth a proposal to integrate local clothing and local food as a means to achieving a truly sustainable habitat. So the campus shall mandate Bhutanese clothing and local cuisine as a means to an end.
Now that's paving the way for the times to come.