European patent No.1812575 was extraordinary on a number of counts. It was held by Monsanto of the US. Ah, yes, Monsanto, one of the top agribiotech companies in the world, but this patent had nothing to do with genetic modification (GM).It covered conventionally bred tomatoes with natural resistance to a fungal disease called botrytis. Even more astonishing, the tomatoes used for this patent were accessed from the international gene bank in Gatersleben, Germany. And in the scientific community everyone knew these tomato varieties had the desired resistance.

Readers might well ask how such brazen biopiracy was allowed if it was well-known that tomatoes resistant to botrytis were naturally occurring plants and had been catalogued in international collections. Critics put it down to the legal shrewdness of Monsanto’s lawyers who had managed “a cleverly worded patent” that created the impression that GM had been used to produce the tomatoes. In short, that it was a Monsanto “invention”.

Fortunately, the European Patent Office (EPO) revoked EP 1812575 last month after Monsanto petitioned for revocation in its entirety in November 2014. The pullout by the biotech giant came after a high-profile legal challenge from No Patents on Seeds! (NPoS!), an international coalition for protection of biodiversity. Interestingly, another opposition was filed by corporate rival Nunhems/Bayer CropScience. The revoking of this patent is important because it tells Monsanto and other biotech companies that the world will not stand by while they manipulate patent laws to appropriate biodiversity. It will also allow plant breeders, farmers and home gardeners access to a greater diversity of naturally resistant plants. 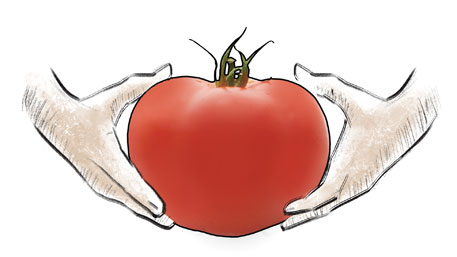 Christoph Then, a coordinator of NPoS!, has strong words to describe the ploy by the seed giant. He says it was “more or less based on a combination of fraud, abuse of patent law and biopiracy” and such a patent could have been used to exercise a monopoly on important genetic resources. So revoking the patent is important because farmers, breeders and consumers have a chance of benefitting from a greater diversity of tomatoes improved by further research, says Then who contends that the fungal resistance is based on complex genetic conditions which are yet to be studied in detail.

Tomatoes are the latest in a series of natural crop heists by multinationals. In the case of Monsanto three high-profile patent revocations have been forced upon the company in the past decade. That’s not many but the victories have been significant. In 2007, ETC Group, an international civil society organisation in Canada, won a long-fought case against Monsanto’s patent on all GM soybeans (EP 0301749), described as “unprecedented in its broad scope” since it covered both seeds and plants. The curious part is that Monsanto had vigorously opposed the patent when it was originally taken by Agracetus in 1996, but changed its stance when it bought the company. In this instance, too, there was a patent challenge from a multinational rival, Syngenta. However, it was almost a pyrrhic victory since the EPO took 13 long years to overturn the patent.

Three years earlier, EPO was forced to revoke controversial patents on naturally occurring soft milling wheat and, astonishingly, on products made from its flour. But the moot point is whether one can blame a serial offender like Monsanto alone. How were such patents granted in the first place when there was nothing novel in the process? One report says that EPO has granted over a 100 patents on conventionally bred plants even though such processes are not patentable. The only safeguard appears to be alert organisations like NPoS!—and rival firms.