The awareness of the looming threat of bioweapons has evoked a serious response from all over the world, except India 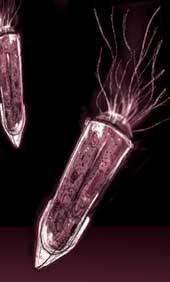 Given the lack of ability and desire around the world to get to the root of the global conflicts, it was clear to many of us a decade ago that bioterrorism and biological warfare would soon be upon us. Therefore, when Saddam Hussain said during the Iraq-Kuwait conflict in 1991 that he had the final weapon, several of us had predicted that what he referred to were biological weapons. Iraq, which initially denied existance of any such programme, later declared it had 157 aerial bombs and 25 warheads with botulin, anthrax spores and aflatoxin, the first two of which are the most fatal. Therefore, when the us bombing of Afghanistan began on October 7, there were indications of the beginning of a biological warfare. A simple argument to support this was there could be no better strategy than bioterrorism as a follow-up to the September 11 suicide bomber attacks on the us . The subsequent anthrax scare only translated the nighmare into reality.

Biological weapons have often been called the 'poor man's atom bomb'. The material, equipment and infrastructure required to make them is easily available and inexpensive. They are easy to store, easy to deliver and extremely effective. They can be used either for an immediate effect or for an outcome which would be felt after a long time. They are, therefore, ideal agents for both overt and covert warfare. Advances in modern biology have opened up avenues for making designer biological weapons which would exploit genetic or ethnic differences and then affect only particular groups. The fear that biological materials used by well-meaning research scientists could be turned into biological weapons if acquired by terrorists, is thus very real.

The awareness of the looming threat of bioweapons has evoked serious response from all over the world, except India. Despite pleas to the Indian Council of Medical Research ( icmr ) to consider the Federation of American Scientists' proposal for a global plan to monitor emerging diseases, no action has been taken. This strengthens one's belief that in the existing culture of the Indian government, what is not known is not worth knowing. Even though India has been for a long time one of the countries with the highest risk of being attacked by bioweapons, we have no national forum at which matters relating to these weapons could be discussed. Though a signatory to the Biological Weapons Convention of 1972, India has not taken this meet seriously. It is doubful if ever a strong Indian delegation has been sent to the Review Conferences on the Convention held every five years after 1972.

As of today, we have no place where information on biological weapons has been documented, classified and could be made available to any one wanting it. We have no inventory of experts who have an in-depth knowledge of microbiology and molecular biology and of biological warfare and who are socially responsible and politically savvy. There is no organisation where suspected cases of victims of an attack by biological weapons could be referred to for quick analysis. One also wonders how many of our physicians would know how to diagnose symptoms of anthrax, brucellosis, glanders, Q fever, tularemia and the various haemorrhagic fevers or symptoms of toxicity due to botulin, epsilon toxin or ricin, in real time.

We must realise that, as of today, there is no foolproof way to fight bioterrorism except, perhaps, by removing the causes of world-wide inequities. Till then we can only ameliorate this situation. For this the government should set up a high-power national committee to devise, implement and monitor our policy in regard to biological warfare. A centre, that would collect information on biological weapons, collate and document it appropriately, should be set up and supported by a transparent disclosure system. We must all keep in mind that anthrax is not the only agent of biological warfare that may be against us. The threat of recurrence of small pox, which we believe has been wiped out from our planet, is real.

Pushpa M Bhargava is a former director of Centre For Cellular And Molecular Research, Hyderabad