The right to unrestricted access to the internet ought to coexist with the responsibility to self-regulated consumption of smartphone internet activity. The fate of the planet lies in the hands of the consumer 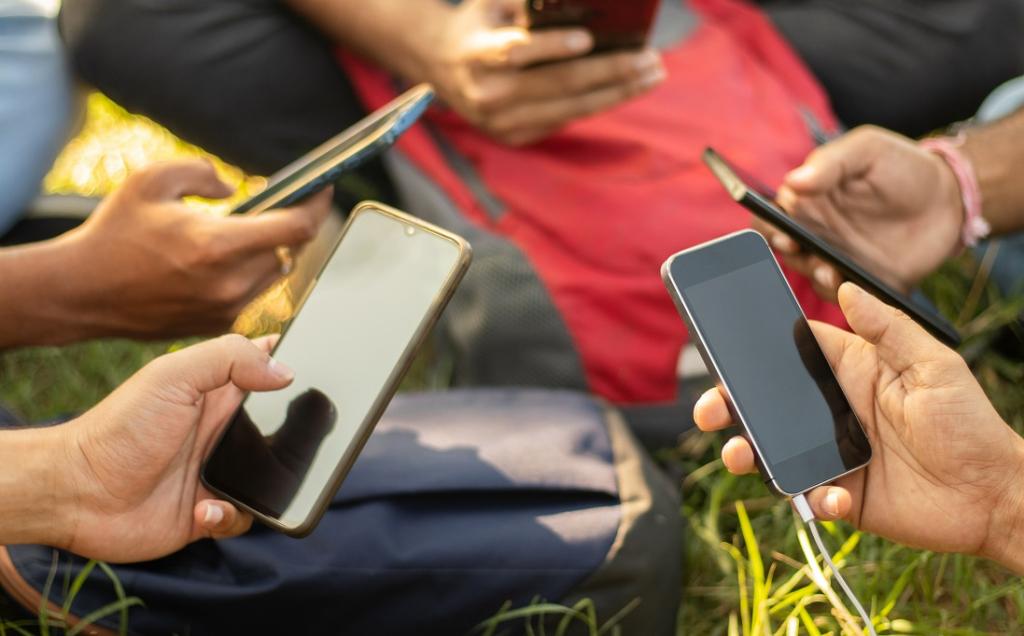 There is nothing ‘smart’ about a phone whose manufacture involves large-scale evaporation of waterbodies, destruction of large forest areas, production of radioactive waste and poisoning of potable water sources.

There is nothing particularly ‘wise’ about humans sacrificing their planet to the fleeting pleasures of tweeting, liking and uploading images via their smartphone internet round-the-clock through enormous heat producing, energy guzzling data centres.

This pushes the planet towards the impending irreversible destruction caused by rising global temperatures.

The planet is dying. Reducing energy consumption is absolutely necessary to apply the brakes on rising temperatures.

It has become the norm to hold industrialists and policymakers responsible for the disastrous state of the planet. However, an equal measure of responsibility must lie with the citizen consumer.

The internet has been a boon for the world and has come be viewed as a ‘right’. But what of the attendant ‘responsibilities’ of the citizen?

Access to the online world ought to be tempered by responsible and sustainable usage.

Environmental disasters, often labelled ‘Acts of God’, are usually the result of human inaction. Way back in 1856, American scientist Eunice Foote made the discovery that carbon dioxide (CO2) absorbs heat and predicted that rising levels of CO2 in the atmosphere would raise the temperature of the planet.

Her results were replicated a few years later by Irish physicist John Tyndall through a series of independently conducted experiments, published in 1861.

Since then, a number of scientists have extended Foote’s and Tyndall’s findings to quantify, document and map the correlation between atmospheric CO2 concentrations and the increase in temperature.

These include Nobel Laureate Svante Arrhenius in 1896, Swedish meteorologist Nils Ekholm in 1901 and English inventor Guy Callendar in 1937.

In 1965, a group of scientists submitted a report to US President Lyndon Johnson.

It detailed the effects of rising greenhouse gases on the environment such as melting of the Antarctic ice cap, rising sea levels, heating of sea water, acidification of fresh water bodies, all of which have come to pass.

The fact that the efforts and warnings of a great many scientists, over 165 years, went unheeded suggests ambivalence towards the scientific enterprise.

On the one hand, scientific inventions and discoveries have been promoted through the enthusiastic engagement of commercial and political partners.

On the other, scientific findings on the dangers of unregulated consumption and depletion of the planet’s resources tend to be viewed with scepticism, disregarded altogether and even derided as being ‘anti-development’.

Science, it would seem, exists solely to further commercial ambitions.

The century-and-a-half of advance notices could have been utilised towards the development and adoption of intelligent manufacturing and consumption practices.

However, decision makers of the earliest industrialised countries chose to do otherwise and here we are in 2021.

We now have the double burden of reducing toxic manufacturing and suffering the impact of climate damage, both being placed on the least culpable developing nations.

The world now stands on the brink of widespread devastation. The global temperature has risen by 1.2 degrees Celsius and continues to increase towards the 1.5 degree limit of irreversible, deleterious change to the planet.

The United Nations Secretary-General António Guterres has gone so far as to call the August 2021 Intergovernment Panel for Climate Change report a ‘Code Red for Humanity’.

a) Every single instance of energy consumption pushes the global temperature rise closer to the 1.5 degree limit.

b) Every power-consuming device produces heat regardless of the type of fuel used.

c) As temperatures rise, so does the demand for cooling devices which in turn consume more fuel and generate heat, in an endless vicious cycle.

Self-regulation can turn the smartphone into a ‘wisephone’, employed by wise consumers. This is India’s opportunity to set an example in responsible consumption for the world to adopt.

A worldwide citizen movement towards reduced energy consumption could well set the course for environmental recovery.

Monika Krishan is a senior Fellow at Centre for Public Policy Research, Kochi