We sequenced the oldest ever DNA, from million-year-old mammoths

About a million years ago, there was a known species of mammoth inhabiting Siberia. This was thought to be the ancestor of later species, but was it? 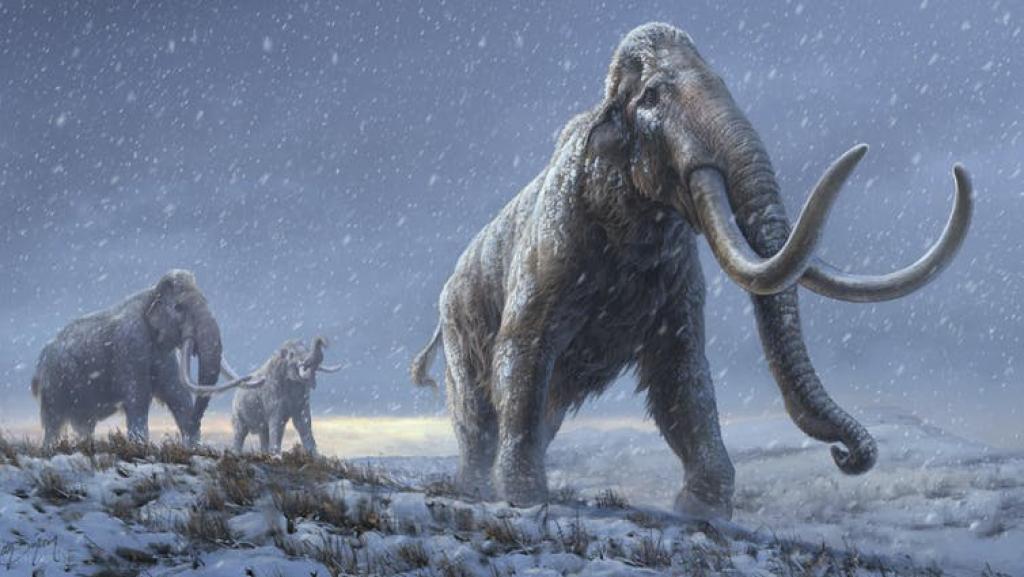 Most people think of mammoths as the iconic woolly species from the last Ice Age, which ended around 12,000 years ago. But mammoths originated in Africa around 5 million years ago, then spread and diversified across Eurasia and North America.

About a million years ago there was one known species of mammoth inhabiting Siberia, the steppe mammoth. This was thought to be the ancestor of later species such as the woolly and Columbian mammoths. But was it?

In a new study, we show mammoth DNA as old as 1.2 million years can be recovered from remains found in permafrost deposits. By sequencing this DNA – studying the make up of its genetic information – we found a lineage of mammoths never described before, the hybrid origin of a mammoth species, and more.

Back in 2017, we received samples from extremely old mammoth teeth, that had been frozen in time in Siberian permafrost. A few days later, our colleague Patrícia Pečnerová was heading into the lab with a clear job – to extract DNA from some of the oldest known mammoth samples. She succeeded.

Some weeks later, we were looking at millions of DNA sequences that undoubtedly matched the African savannah elephant genome, the model we use to assemble the jigsaw puzzle of each mammoth genome we sequence. Pečnerová built some quick phylogenetic trees – like a family tree for the evolution of mammoths – and showed them to us. It was not quite a “Eureka!” moment like in the movies, but close.

It took a long time to make sure these sequences were actually very old mammoth DNA. For example, ancient DNA shows a characteristic, well known, pattern of chemical damage. While this can cause trouble for some genetic analyses, it also helps disentangle true ancient DNA from modern contaminants, which don’t show such a pattern. Our mammoth sequences did show the expected pattern.

The DNA sequences also had another characteristic of very old DNA – they were extremely fragmented. Instead of the longer DNA sequences found in younger, better preserved mammoth samples from the permafrost, we only had short ones.

This caused another problem, because shorter sequences are increasingly difficult to place in their correct position of the genome. They can also be confused with contamination. To avoid this we had to discard all the sequences below a certain length threshold, which was painful but necessary.

We tried to put our samples in the context of all known mammoth species. Our results clearly indicated the 1.1 million-year-old specimen, which we named Adycha, was ancestral to the woolly mammoths. But placing the lineage of another sample, dating to 1.2 million years ago, which we named Krestovka, proved to be much more difficult. It sometimes seemed closely related to the Columbian mammoth, sometimes to the woolly mammoth.

It took several genetic analyses and hours of discussion and whiteboard drawing to finally uncover the reason for this. The Columbian mammoth had a hybrid origin, not just one ancestor lineage, but two.

Our results paint a picture in which roughly half of the ancestry of the Columbian mammoth could be traced to the Krestovka lineage and the other half to the woolly mammoth lineage.

Evolution: Caught in the act

If we were to ask what makes a woolly mammoth a woolly mammoth, most people would refer to their furriness. But there are also many other characteristic adaptations of the woolly mammoth to arctic environments such as increased fat deposits, higher tolerance for cold temperatures, modified circadian rhythms and more.

We looked at how many of those adaptations we could find already existing more than one million years ago. Surprisingly, we found a majority of these adaptations were already present in the genome of Adycha.

We think this finding could have wide implications in the study of how species evolve. There’s an open question in evolutionary biology, whether the rate of adaptation is accelerated during a speciation event, when populations become separate species, or if it’s a more gradual process.

Our data support the latter scenario, where there is no evidence of faster natural selection acting during the origin of the woolly mammoth. And most adaptations characteristic of the woolly mammoth were already present in its ancestral species that roamed the Siberian steppe over a million years ago.

Until now, the oldest DNA sequenced belonged to a horse specimen dated to between 560,000 and 780,000 years old and recovered from the permafrost deposits of Thistle Creek in the Yukon, Canada.

Our million-year-old mammoth samples share a crucial characteristic with the Thistle Creek horse, they were preserved in subzero permafrost deposits. Frozen at death, or soon thereafter, the degradation of the DNA molecules in these remains was slowed down for hundreds of thousands of years until we recovered and sequenced them.

We think permafrost preserved material holds the promise of even older DNA. However, since the oldest permafrost deposits are dated to the Early Pleistocene, around 2.6 million years ago, this may, sadly, put an upper limit on what is possible.