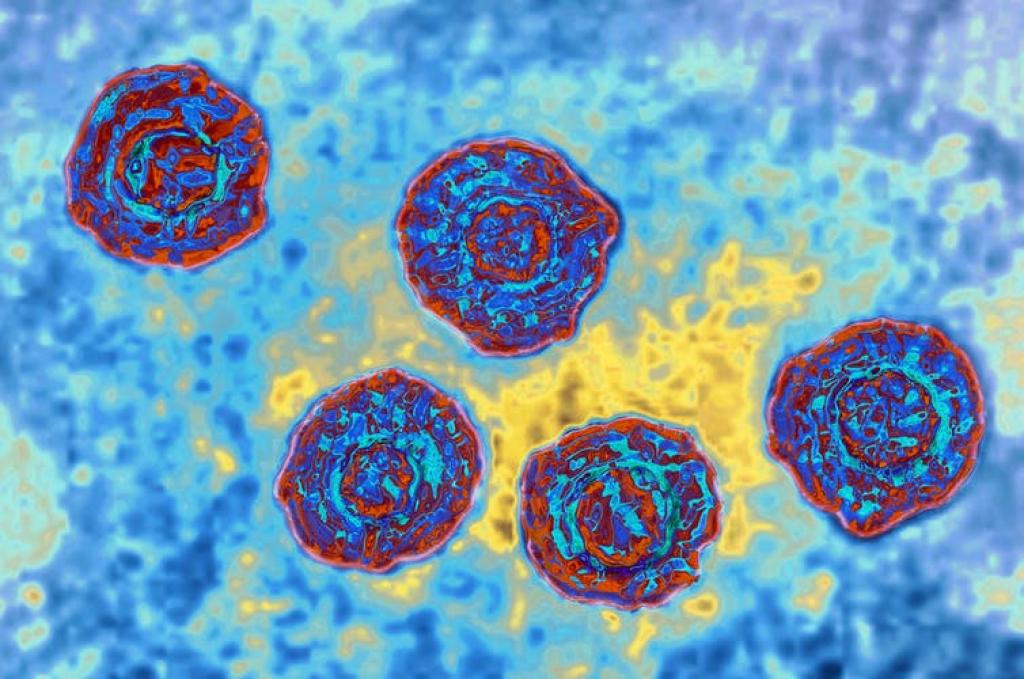 When I began my medical career in Hong Kong in the early 1980s, I chose to focus on hepatitis B, in part because it was very common and because the hepatitis C virus had not yet been discovered. I witnessed the devastation that this virus caused — cirrhosis, liver failure and liver cancer — and the lack of treatments we could offer to patients.

Back then, scientists knew there was another type of hepatitis, but no one could identify it, so we called it non-A, non-B hepatitis. I would never have imagined that during the course of my career I would witness the discovery of what came to be known as hep C and the development of a cure for nearly all patients with chronic hepatitis C in 2014.

Underscoring the importance of these discoveries for global human health, this year’s Nobel Prize in Physiology or Medicine was awarded jointly to Harvey J. Alter, Michael Houghton and Charles M. Rice for the discovery of the hepatitis C virus.

The development of treatments over the past 30 years reflects the amazing progress the field has made in tackling hepatitis C in a relatively short period of time. Initially, in the late 1980s, before a diagnostic test became available, some physicians started treating well-characterized cases of non-A, non-B hepatitis (hep C) with interferon, a natural protein that the body makes to fight viruses, and ribavirin, an antiviral drug.

These medications were not specifically developed for hepatitis C, had to be given as injections for 6-12 months, had many side effects and resulted in a cure in only half of the patients who received treatment. It took more than two decades for the first direct-acting antiviral drugs to be approved by the FDA.

I remember the excitement when I and my colleagues tested one of the new drug combinations in patients and saw the virus count drop from more than 1 million to less than 20 within two weeks.

We published the results of our pilot study in the New England Journal of Medicine in 2012. Although the study involved only 21 patients, it was considered a watershed moment because it was the first study to prove that a combination of oral pills without interferon can cure hepatitis C.

Effective treatment for hepatitis C has become even more relevant today in light of the recent surge in new cases of hepatitis C due to rising opioid use.

A pricey drug and new generics

The first combo pill with two drugs that inhibits different steps in hepatitis C replication was approved by the FDA in 2014. This pill is taken once a day for 8-12 weeks, has little to no side effects and improved the cure rate to 90-95 per cent.

It was hailed as a magical cure, but it came with a price tag of US$94,500 for a 12-week course of treatment. That led many insurers in the United States and national health departments in other countries to limit access to treatment.

Since then, several other combo pills with similar cure rates that are equally well-tolerated have become available, and the cost has markedly decreased. In addition, low-cost generics and special pricing arrangements are available in many resource-limited countries.

While the current price of hepatitis C virus drugs is still very high, one needs to remember that for 95 percent of patients, this is a cure. It is unlike medicines for many illnesses that need to be taken for a long time, sometimes for the rest of the patients’ lives.

Indeed, a cure for hepatitis C virus has allowed some patients who were on the liver transplant waiting list to reverse their liver failure, making transplantation unnecessary. This is good news not only for these patients but also for others on the waiting list.

The remarkable success of hepatitis C treatment has reenergized efforts to find a cure for hepatitis B. Current treatments can suppress hepatitis B virus replication but do not eliminate it. Most patients need to be on long-term treatment to prevent flare-ups of hepatitis when the virus reemerges after treatment is stopped.

Deaths from hepatitis B and C infections rising worldwide

While a cure for hepatitis B will be more challenging because it can integrate into the patient’s DNA, enabling it to evade the patient’s immune response, I am optimistic that we will witness the availability of new combinations of drugs that will move us nearer the goal of a hepatitis B cure.

But the news is not all positive. While we’ve seen mortality rates from HIV, tuberculosis and malaria decline in recent years, deaths from hepatitis B and C have risen. Globally, an estimated 257 million people have chronic hepatitis B virus infection, and 71 million have chronic hepatitis C virus. Together hepatitis B and C caused more than 1.34 million deaths in 2015. This led the World Health Organization to challenge countries around the world to develop national plans to eliminate these two viruses by 2030.

Hepatitis B virus and hepatitis C virus are usually spread through contact with blood or body secretions such as semen from infected persons by sharing needles or sexual exposure.

But they can also be spread through contaminated needles used for medical treatment, which continues to happen in many parts of the world. In addition, hepatitis B virus can be spread from infected mothers to newborn babies unless vaccination is given immediately after birth.

Some people infected with hepatitis B virus or hepatitis C virus can recover on their own, but many develop chronic infections lasting more than six months and often years or lifelong. Those with chronic infection are at risk of cirrhosis (severe liver damage), liver failure and liver cancer.

Opioid epidemic, homeless lead to rise in hepatitis B and C infections

In the United States, the number of new hepatitis B virus and hepatitis C virus infections has been decreasing for many years, but this trend has been reversed during recent years due to the opioid epidemic as more people use injection drugs, share needles or other paraphernalia and practice high-risk sexual behavior.

This is particularly true for hepatitis C, where the number of new cases in the past 10 years has more than doubled, highlighting the need for a preventive vaccine, which is a vital tool to eliminate hepatitis C. The increase in number of new cases of hepatitis B is smaller and mainly seen in adults in their 30s because most younger persons have benefited from hepatitis B virus vaccination.

When we talk about viral hepatitis, the focus is on hepatitis B and C because they can cause chronic infection, while hepatitis A causes only acute infection and will not lead to cirrhosis or liver cancer. However, since 2016, many states in the US have witnessed outbreaks of hepatitis A.

The Centers for Disease Control and Prevention received more than 2,500 reports of hepatitis A between January 2017 and April 2018 associated with person-to-person transmission, with risk factors in two-thirds of these cases being drug use or homelessness or both.

In Michigan, where I live, 859 cases of hepatitis A, including 27 deaths, were reported between July 2016 and June 2018. We can prevent hepatitis A through vaccination and improved hygienic conditions.

World Hepatitis Day occurs annually on July 28, a day chosen in honor of the late Baruch Blumberg, who received a Nobel Prize for discovering the hepatitis B virus. Today is another cause for celebration as a second Nobel is awarded for hepatitis research, this time for the discovery of hepatitis C virus.

I marvel at how much progress we have made in the last three decades and am delighted to be not just an observer but also a contributor to the progress. Our work is not finished. Much more needs to be done to completely eliminate new cases of viral hepatitis and deaths from chronic hepatitis B and C.

This is an updated version of an article originally published in July 2018. It has been updated to include news of the 2020 Nobel Prize.