Africa has ambitious goals for 2063: plans for outer space hold the key to success 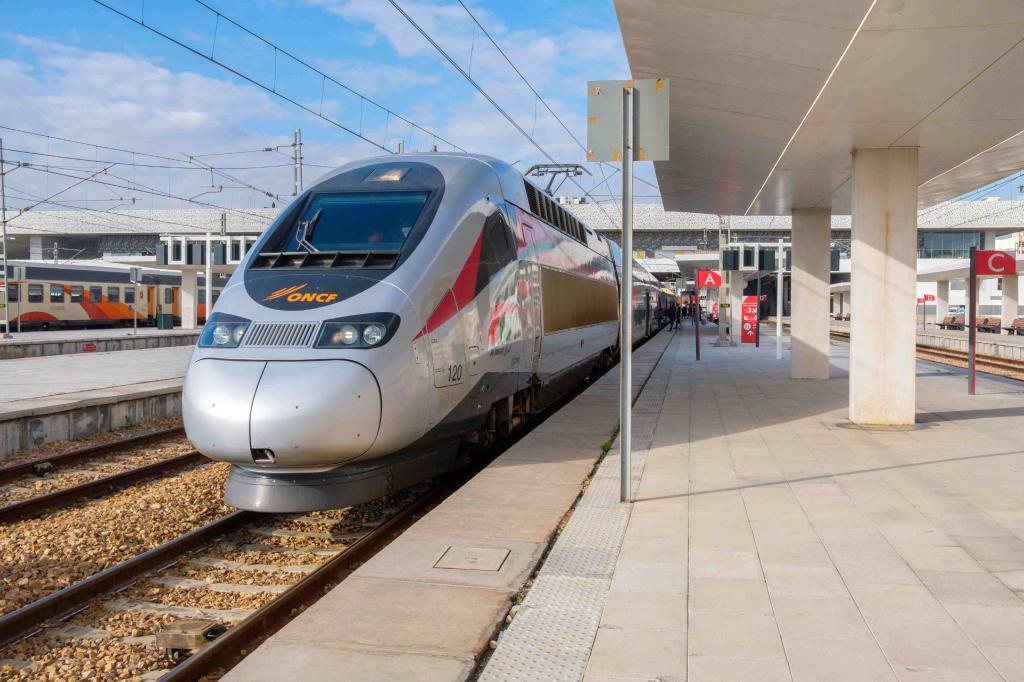 High speed trains like this one in Casablanca, Morocco, will benefit from satellite communication support.

Agenda 2063 is the African Union’s long-term framework for socio-economic development, regional integration and the preservation of history and culture.

The agenda has 15 flagship projects. These have been identified as necessary for meeting the continent’s aspirations. They are wide-ranging and include constructing a network of high-speed trains; ending violence and creating continental financial institutions.

But, in my view, the core of Agenda 2063 is the Africa outer space programme. It has direct or indirect impacts on the other flagship programmes. The outer space programme seeks to enable Africa to obtain maximum benefits from space science, technology and applications. It focuses on Earth observation, meteorology, satellite communication, satellite navigation and astronomy.

Outer space therefore needs the attention of the African Union (AU). However, at the executive council’s 40th session in February 2022, no reference was made to outer space. The AU Assembly subsequently referred to it once, when it adopted the organogram and salaries of the African Space Agency.

I believe the African outer space programme is a means to meet the ends of other flagship programmes in Agenda 2063. It needs more attention from the AU.

Impacts of space on flagship projects

A number of examples illustrate this.

For example, the aim of the Single African Air Transport Market is to connect major cities in Africa and create a unified air transport market in Africa. It rests on the safety and security of the continent’s space and airports. That requires satellites for all stages of flight, weather information, communication and in-flight services.

Similarly, the purpose of the integrated high-speed train network is to connect all African capitals and commercial centres by rail. This would ease the movement of goods and people across Africa. Satellites would provide the information the train network needs — location, navigation, weather and communication.

The envisaged pan-African virtual and e-University, a project run from Yaoundé, Cameroon, serves as the open, distance and e-learning arm of the Pan African University. This requires communication satellites for Internet access by students and their programme facilitators.

Other projects like the Great Museum of Africa and the Encyclopaedia Africana could also use the power of the Internet to increase global visibility and accessibility.

Another of the flagship projects, the African commodities strategy, also requires communication satellites. These are necessary for the real-time transfer of information about prices of commodities and processed products from around the world.

The African Continental Free Trade Area secretariat in Accra, Ghana, needs communication satellites to maintain the African trade observatory, share information on trade and tariffs, and for its payment and settlement system.

The African passport was initiated to eliminate restrictions to the free movement of Africans to any part of Africa. It, too, needs communication satellites to transmit information about travellers.

The Grand Inga Dam project is expected to generate over 40,000 megawatts of electric power to boost current supplies across the continent. The operation of dams relies on weather information from meteorological satellites. Earth observation satellites are also needed for monitoring rivers and plains.

Financial institutions rely on navigation satellites for their exact timing applications. They also need satellites for communication and online services.

A less obvious area of application for outer space is in the “Silencing the Guns” project. This aims to end all violent conflicts and wars in Africa. Peace is an essential condition for industry and prosperity. The outer space programme can contribute via communication satellites for early warning systems and earth observation satellites to monitor crime-prone areas. They can also be used to track the movement of illicit weapons.

Satellites can also be used to monitor land borders and seaports, in line with the AU border programme. And, like other military organisations, the African Standby Force needs satellites for its operations.

What the AU can do

All these applications mean that Africa needs its own space infrastructure — and policies to protect it.

It also calls for investments. Most of the satellite systems and sub-systems developed in Africa are exported to countries in Europe and the Middle East because African governments don’t patronise the developers.

The African Development Bank should invest in the development of Africa’s space industry. This is expected to be worth more than US$10 billion by 2024.

The AU Assembly should act on important concerns urgently. First, the African Space Agency should be converted from an organ into a specialised agency of the AU. This would create room for independence, quick and informed decision-making, focus, innovation and international cooperation.

The AU should also decide the future of two space application programmes currently funded by the EU. The first of these is Global Monitoring of the Environment and Security (GMES) and Africa. This is aimed at developing infrastructure so that Earth Observation data, among other things, can be better used.

The second, Satnav Africa, champions the development of satellite navigation in Africa. Both programmes are scheduled to end soon. The programme management offices can be absorbed into the African Space Agency as specialised technical offices. This would ensure that Africa continues to benefit from these programmes.

Another issue is the commencement of the Pan-African University Institute for Space Science, which is supposed to supply the manpower needed for the African Space Agency.

Given the stalemate in negotiations with South Africa, which was given the hosting rights, the AU should consider re-assigning the hosting to a willing and capable country in the region.