What is needed, Goldin believes, is a fundamental rethinking of capitalism. Big government and the activist state is back, he says 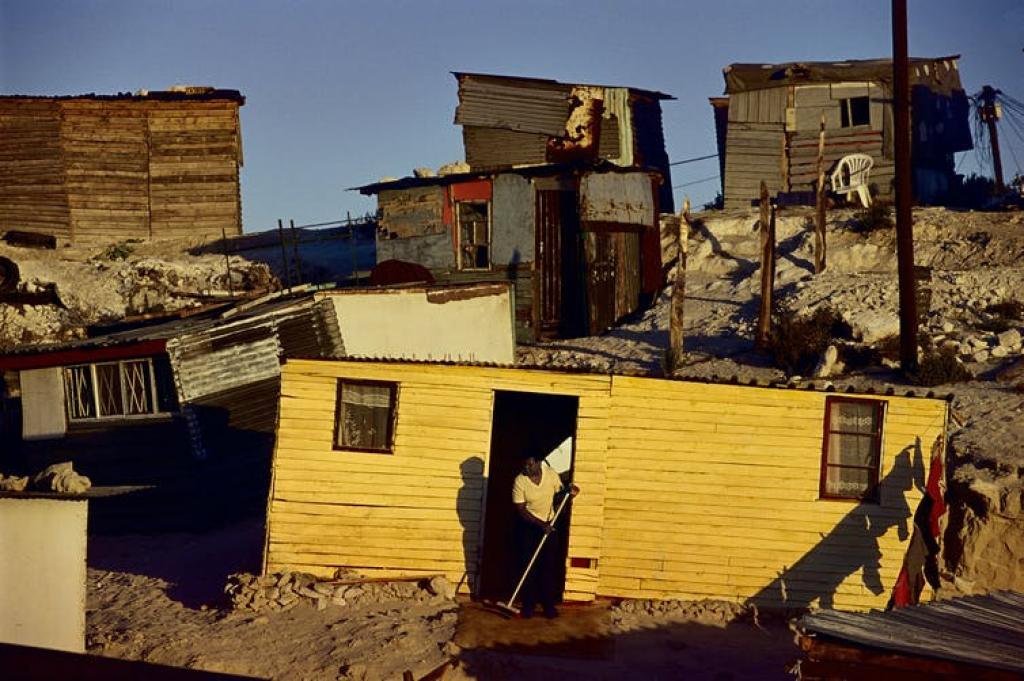 Instead of being the great leveller, as pandemics have been throughout history, the coronavirus pandemic has revealed and compounded pre-existing inequalities in wealth, race, gender, age, education and geographical location.

This is the paradox with which Ian Goldin – the former CEO of the Development Bank of Southern Africa and now a professor at the University of Oxford – begins his recently published book, “Rescue: from global crisis to a better world”.

Past studies of the forces driving the reduction of inequality have foregrounded ‘malign forces’ – such as wars, natural catastrophes and epidemics – and ‘benign forces’ – more widely accessible education, increased social transfers and progressive taxation.

Social scientist Goran Therborn, in his classic 2013 study of inequality, brings these two forces together. He acknowledged the significance of the ‘malign’ forces of violent revolution and war. But he also emphasises the ‘benign’ forces of peaceful reform that led to the ‘egalitarian moment’ after World War Two. This is when welfare states were built around the notion of full employment, universal health care, education and social security.

Under certain circumstances, far-reaching peaceful reform has been possible.

Why then has the coronavirus pandemic deepened inequality rather than reduced it?

I agree with his critique of neoliberalism. But he doesn’t give sufficient attention to power, particularly the concentration of economic power. This book, nevertheless, offers important opportunities for the elites of the world and ordinary citizens to explore ways of reducing inequality.

The case for a rethink

Inequality, Goldin suggests had been rising in both Europe and the US since the 1980s. He argues that this is:

Mainly due to the tide of liberalisation that was ushered in when Margaret Thatcher in Britain and Ronald Reagan in the US initiated a race to the bottom in taxation, attacks on trade unions, and a weakening of competition policy, which all allowed for the growing concentration and strength of employers.

What is needed, Goldin believes, is a fundamental rethinking of capitalism. Big government and the activist state is back, he says. The pandemic has led to a counter-revolution. Conservative governments now go beyond even arguments put forward by the economist Maynard Keynes in the 1930s that governments needed to spend their way out of the Great Depression.

Unless inequality is reduced, he warns, populism and protectionism will become dominant.

The tragedy is that the policies implemented by these populist leaders benefit the few not the many, thereby deepening and entrenching inequality.

For Goldin this global trajectory of populism is not inevitable. He believes that it is human actions and leaders that shape societies, not simply events.

The chapter Reducing inequality is full of sensible proposals designed to reduce inequality. Among these are:

Goldin discusses how five biggest American tech companies -– Facebook, Amazon, Apple, Netflix and Google –- dominate the stock markets. He cites the fact that the US$28 trillion attributed to these companies is five times greater than all the physical assets owned by all the other 500 companies in the Standard and Poor’s stock index.

Jeff Bezos, the founder of Amazon, saw his wealth almost double. This makes him the first person in history to be worth more than US$200 billion. Meanwhile, the wealth of Elon Musk, the founder of Tesla, increased by more than US$160 billion during the pandemic, to US$184 billion.

Goldin draws on Nobel Prize Winner, Amartya Sen, who sees inequality as the function of the distribution of capabilities. From this perspective, inequality is above all about inequality of opportunities available to people to lead fulfilling lives. Central to this is education, gender and human rights.

Sen is far removed from orthodox neoliberalism. He adopts human well being, rather than mere growth, as the goal of development. But his approach to development is grounded in pragmatic neoliberalism. His message is clear: people in developing countries should adopt free markets, strictly delimit the role of the state, promote liberal democratic institutions , ensure the provision of basic education and health care and welcome open discussion of issues.

I disagree with Goldin when it comes to drawing on Sen. This is because I am sceptical of Sen’s faith in free markets, free speech and reasoned social progress. He abstracts freedom from power relations and focuses on individual actors.

But inequality is primarily a power relation. Sen gives a false promise to the poor and excluded. He does not challenge the concentration of economic power, centred on global and national markets. Instead he takes them for granted.

A ‘rethinking of capitalism" requires that our primary focus should be on the distribution of economic power (rather than the unequal distribution of capabilities) as the potential leading causal factor driving inequality.

This perspective requires that the distribution of economic power be addressed head-on and necessitates a bolder more integrated approach.

One of the strengths of this book is its historical perspective. At the height of World War Two, the deadliest conflict in human history with an estimated 70 to 80 million fatalities, civil servants in the UK, were told to collaborate with economists like John Maynard Keynes and British economist and liberal politician William Beveridge to plan for a better life for all.

The Beveridge Report, published in the UK in November 1942 at the height of the war, provided the foundations for the welfare state. It set out to overcome the ‘five giants’ of ‘want, disease, ignorance, squalor and idleness’.

Whether this optimistic and inspirational scenario of post-war Europe is feasible in many countries, including South Africa, is questionable.

But by identifying some of the ways in which we can precipitate change to reduce inequality, this book is a valuable contribution to the debate on any country’s future.