Europe is recruiting astronauts: Here is what it takes to become one

Recruiting new astronauts is the first step into this new era of human space exploration. Many people may have dreamed of becoming an astronaut since childhood, but do you have what it takes? < 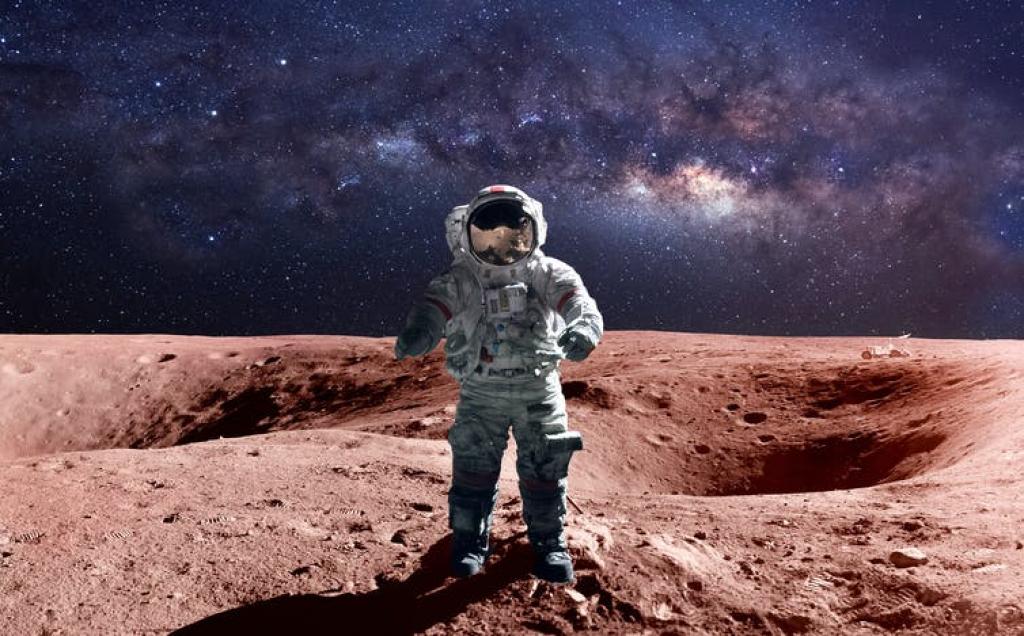 For the first time in 11 years, the ESAis recruiting new astronauts. Applications will open on the 31 March 2021 for eight weeks, followed by a six-stage selection process to identify the next generation of European astronauts.

By 2030, humans will once again walk on the surface of the Moon, travel to Mars and potentially enjoy sub-orbital holidays. The new space era will provide enormous benefits to all of us. It will push technologies as we find ways to live sustainably beyond planet Earth, it will create exciting jobs and it will generate new socioeconomic opportunities.

Recruiting new astronauts is the first step into this new era of human space exploration. Many people may have dreamed of becoming an astronaut since childhood, but do you have what it takes?

Becoming an astronaut is not simple, nor is it easy. ESA is looking for candidates with different profiles and backgrounds. However, there are some minimum requirements.

The candidates should be knowledgeable in scientific disciplines, with a university degree in physics, biology, chemistry, mathematics, engineering or medicine. They must have demonstrated operational and leadership skills and, preferably, have flying experience. However, there are many other skills that can be a real asset to selection, such as wilderness experience, teamwork and adaptability, self-control and ability with languages.

This time, Esa’s opening up its criteria regarding the physical ability of applicants, encouraging those with physical disabilities to apply if they otherwise fit the bill. This is part of a project looking into how best to adapt space travel for disabled astronauts.

Advancements in technology have allowed us not only to deliver humans to space, but also to live in space.

However, these longer space missions will present much greater challenges to human health and performance than the challenges currently faced by astronauts. Unprecedented distance, duration, isolation and increasingly autonomous operations will be combined with long exposure to a different kind of gravity to Earth – such as weightlessness or the partial gravity on the Moon and Mars.

Radiation is considered one of the most menacing of the space hazards. On Earth, the planet’s magnetic field and atmosphere shield us from the majority of particles that make up the space radiation environment. Even brief exposure to space radiation can be extremely dangerous to health. It has been shown that radiation increases cancer risk, damages the central nervous system, alters cognitive functions, reduces motor control and affect behaviour.

Read more: An astronaut got a blood clot in space – now our study shows how to best protect crew

Transitioning from the gravity of Earth to another is also trickier than it sounds. Exposure to non-terrestrial gravity leads to dramatic structural and functional changes in the human physiology, including alterations in the cardiovascular, neural and musculoskeletal systems.

Upon entry into microgravity, for example, pressure is removed from the bodily tissues, causing a migration of fluids from the legs toward the upper body and head – you might have noticed astronauts’ puffy-looking faces. As a result, vision gets worst due to the pressure changes in the brain. Changes have been noticed in the muscles, which shrink and absorb extra tissues from their lack of use, and in the bones, which lose around 15% of their structural density.

Among the most critical problems faced by humans in long duration spaceflight are the cognitive, psychological and psychosocial challenges. Living in a confined space, far from home, in microgravity, for long periods with other people is not an easy task.

Dealing with microgravity is extremely difficult for the human brain. During their first few days of weightlessness, between 40% and 60% of astronauts experience a condition called space adaptation sickness.

This causes symptoms of dizziness, vertigo, headaches, cold sweating, fatigue, nausea and vomiting. Consequences range from mild discomfort to impaired cognitive performance. For this reason, no extra-vehicular activities or space-walks are allowed during the first few days of space missions.

Read more: Astronauts are experts in isolation, here's what they can teach us

Psychosocial changes have also been observed in astronauts. Some have shown a reduced ability to communicate, less interactions with other crew members and the tendency to be more focused on themselves.

Motivational decline, fatigue and social tensions might be easily triggered by isolation and confinement in an extraordinary highly demanding and life-threatening environment.

Not surprising, then, is the attention given by space agencies to cognitive and psychological requirements when selecting new astronauts. Candidates should demonstrate good reasoning capability, memory and concentration, the ability to work with others, low level of aggression, and emotional stability to cope with the level of stress and emergencies that may arise during spaceflight.

Long duration spaceflight has revealed a multitude of challenges to crews operating in space environment. Years of physical and psychological training, as well as in-flight medical and operational support, will equip astronauts with excellent tools to cope with the stresses of the spaceflight environment. It’s not an easy job, but certainly a once-in-a-lifetime opportunity.