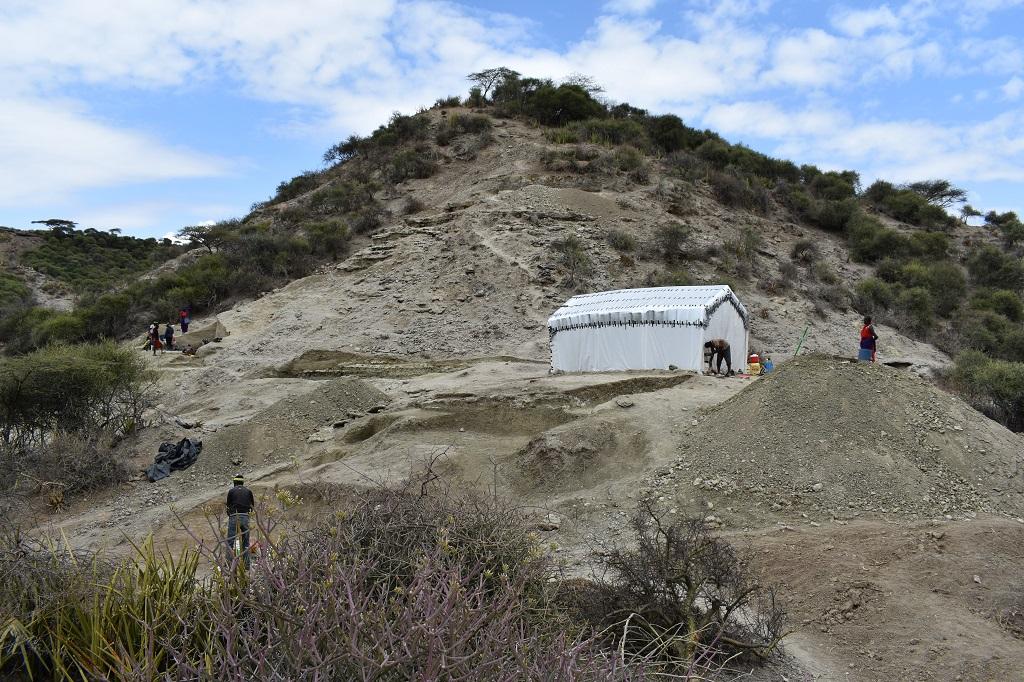 The ability to adapt to changing environments has deep roots. In a technology-driven world, people tend to conflate adaptability with technological change, especially when it comes to navigating adverse climates and places. But not every technological revolution is a result of environmental change.

Sometimes existing tool kits — containing, for instance, simple cutting and scraping flakes — allowed early humans to exploit new resources and thrive under changing conditions. As a species, humans are also characterised by the ability to swiftly use disrupted environments. And, as new research conducted at Tanzania’s Olduvai Gorge reveals, this adaptability was already apparent millions of years ago.

Our new study, published in Nature Communications, is the result of a true team and multidisciplinary effort. Principal investigators from Canada and Tanzania worked with partners in Africa, North America and Europe to describe a large assemblage of stone tools, fossil bones and chemical proxies from dental and plant materials. We also examined the microscopic bits of silica left behind by plants, ancient pollen, and airborne charcoal from natural fires retrieved from ancient riverbed and lake outcrops in the Serengeti plains.

Taken together, the data we gathered presents the earliest evidence for human activity in the Olduvai Gorge: about 2 million years ago. It also shows that early humans used a great diversity of habitats as they adjusted to constant change.

East Africa is among the world’s prime regions for human origins research. It boasts extraordinary records of extinct species spanning several million years. Over more than a century, palaeoanthropologists have explored the sedimentary outcrops and unearthed hominin fossils in surveys and digs. But the link between these fossils and their environmental context remains elusive. That’s because there aren’t many palaeoecological datasets directly linked to the cultural remains left by extinct early humans. Our study is an important step in filling that gap.

The dataset was obtained during a recent survey of the unexplored western portion of the ancient basin. The locality is called Ewass Oldupa; in the Maa language spoken by local residents, this means “the way to the Gorge”. It’s an appropriate name: the site straddles the path that links the canyon’s rim with its bottom. Here, the exposed canyon wall reveals two million years of history.

The team worked closely with Maasai scholars and communities when excavating the site. The research group employed a large group of participants, male and female, selected by the local community. And in addition to community outreach in the national language, Swahili, we are delivering college education opportunities for two Maasai scholars interested in archaeology and heritage, along with several other Tanzanians.

The stone tools uncovered belong to the 'culture' archaeologists identify as the Oldowan. This is a landmark representing early humans that interacted with their environment in novel ways, for example, by dietary innovations combining meat and plants. In East Africa, the Oldowan started about 2.6 million years ago.

The concentration of stone tools and animal fossils is evidence that both humans and fauna gathered around water sources. We also learned that Oldowan hominins cast their net wide for resources. Our data reveals that early humans carried with them rocks for tools that they obtained from distant sources across the basin, 12km east. They also developed the flexibility to use various changing environments.

Our research reveals that the geological, sedimentary and plant landscapes around Ewass Oldupa changed a lot, and quickly. Yet humans kept coming back here to use local resources for over 200,000 years. They used a great diversity of habitats: fern meadows, woodland mosaics, naturally burned landscapes, lakeside palm groves, steppes. These habitats were regularly blanketed by ash or reworked by mass flows associated with volcanic eruptions.

Thanks to past and ongoing radiometric work — using the Argon method, which dates the deposition of volcanic materials that sandwich the archaeological finds — we were able to date these artefacts to a period known as the Early Pleistocene, 2 million years ago.

What’s not clear is which hominin species made the tools. We did not recover hominin fossils, but the remains of Homo habilis have been found in the younger sediments from another site just 350 metres away. It’s likely that either Homo habilis or a member of the genus Paranthropus – remains of which have also been found at Olduvai Gorge previously — was the tool maker. More research will be needed to be sure.

Read more: Turbulent environment set the stage for leaps in human evolution and technology 320,000 years ago

One of the reasons this research is so important is that it shows, again, the value of collaboration. Archaeologists, geoscientists, biologists, chemists and material scientists were all involved in the study at Ewass Oldupa.

It’s thanks to the multiple samples and artefacts these experts gathered and analysed that we also now know the adaptation to major geomorphic and ecological transformations did not have an impact on the technology hominins used. They roamed many habitats but used only one tool kit, amid unpredictable environments.

This is a clear sign that 2 million years ago humans were not constrained technologically and already had the capacity to expand geographic range, as they were ready to exploit a multitude of habitats within Africa — and, possibly, beyond.