I was part of the team that found the Homo naledi child’s skull: How we did it

The child has been named “Leti” after the Setswana word “letimela”, meaning “the lost one” 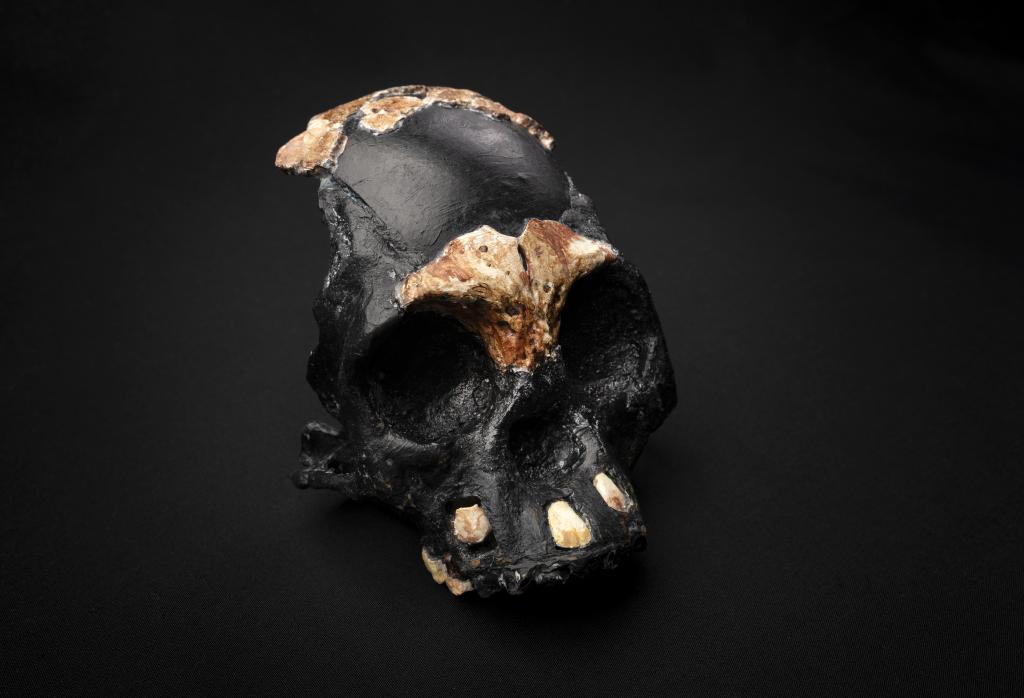 In 2015 a new member was introduced to the family tree of humans. Fossil hominins from the Rising Star cave system outside Johannesburg, South Africa, were found to belong to a previously unidentified hominin species, which was then named Homo naledi. Now an international team of researchers, led by Professor Lee Berger, a palaeoanthropologist from South Africa’s University of the Witwatersrand, has revealed the first partial skull of a Homo naledi child, also from the Rising Star cave. In two journal articles researchers estimate that the child died almost 250,000 years ago, at the age between four and six years old. Given that this is the first partial skull of a child of Homo naledi ever recovered, it can offer important insights into the species’ different life stages.

The child has been named “Leti” after the Setswana word “letimela”, meaning “the lost one”. The Conversation Africa’s Natasha Joseph spoke with Dr Marina Elliott, lead author of the paper describing how and where the skull was discovered, about the painstaking and physically demanding work involved in bringing Leti to the surface.

Seven years ago, you became an “Underground Astronaut”. What does that entail?

The “Underground Astronauts” is a nickname for the group of six scientists and excavators from the original Rising Star expedition. We got the name, I think, because working in the Dinaledi Chamber was a little bit like a space mission: A journey through the darkness, working remotely with only video and voice connection to a “command centre” on the surface, and matching overalls and helmets.

All of us ended up on the project after responding to a Facebook ad that Lee Berger posted, asking for excavators who were able (and willing!) to dash off to South Africa on a month’s notice to work in a cave system, in cramped quarters, in a small team to excavate some fossil material. We didn’t really know at the time what we would end up with, or how important it would be.

Can you describe the Rising Star system?

The Rising Star cave system is located in the Cradle of Humankind, just outside Johannesburg. It’s a large area that has many caves, cave systems and underground rivers, and it has been famous for important fossil finds since the 1920s. The Rising Star cave system isn’t just one big cave: It’s a complex network of tunnels, passages, squeezes and chambers, some of which interconnect. It’s more of a maze or labyrinth than a single “cave”.

The Dinaledi Chamber is just one in a sub-system of chambers and passages within the larger Rising Star system. The new fossil area, U.W.110, where the child’s remains were recovered, is in a very small passage in the Dinaledi Chamber, about 12 metres away from where we originally excavated adult Homo naledi fossils.

Do you remember the first time you went into Rising Star?

Shortly after we arrived on site, some of the cavers took us into Rising Star to give us a sense of the route and the spaces. It was very interesting at first, walking along the passages with the musty smells of the cave all around us. But we quickly had to crawl through a squeeze, then climbed up a knife-ridge of rock (called the Dragon’s Back) using harnesses, and arrived at an area called the top of the Chute.

We didn’t go down the Chute that day, but knew we would be heading into it the next day to begin the excavations. I remember peering into it, knowing that it was a 12 metre long vertical fissure in the rock, but not being able to see the route for the narrowness of the gap and the spikes of rock all the way down. I remember thinking perhaps I’d been too hasty in signing up for such a project!

But the excitement of the fossils overcame that feeling and the next day Becca Peixotto, Hannah Morris and I were the first excavators to go in. The chute took a long time to negotiate, but then we dropped into a small chamber that led into the Dinaledi Chamber proper.

I was the first of the group to step into the Dinaledi Chamber and it was pretty amazing. With only my headlamp for light, I had to sweep back and forth to see what was there; immediately, I could see that there were fragments of bone all over the floor. Even without knowing there was so much more below the surface, it was exhilarating to stand there, thinking about how we were going to get all the material out, how it got there and what it all meant.

How did you find the skull, and then bring it out?

The discovery of the U.W.110 location came out of explorations that we conducted in 2017, trying to understand more about the physical spaces in the Dinaledi sub-system; how they might have formed and how the fossil material might have arrived in the area. The exploration team was tasked with systematically exploring and mapping as many of the interconnected passages as possible, for as far as they could physically work their way in.

The U.W.110 location is just over 12 metres from the Dinaledi Chamber excavation area. To get there from the Dinaledi Chamber, you have to go through a short squeeze and into another small chamber called Chaos. From there, you have to climb over some fallen boulders and drop into a narrow crawl space. The Leti material was recovered from the surface of a tight, narrow passage a bit further in, that can only be accessed with difficulty by one person at a time.

Becca Peixotto recovered the fragments, but had to do so bent around a corner and almost upside down. Even taking photos of the material in place was difficult because of the small, awkward spaces and Becca had to pass each piece through a little window of rock out to me. Before we removed anything, it was documented – photographs, drawings etc – and given a field number and label. We wrapped each fragment in bubble wrap, placed it in a plastic container and then put it in a dry bag to be carried up to the surface.

Do you think the Rising Star system holds more secrets?

I think there is likely a lot more to find in the cave system. There may be other locations of H. naledi material, but there is also a lot of work that still needs to be done in the Dinaledi and Lesedi Chambers (and elsewhere in the system) to understand the geology and context of the fossils, and so many questions remain to be answered.