Making the effort to create solutions that take a gender lens to solution design, can aid digital inclusion for Indian women 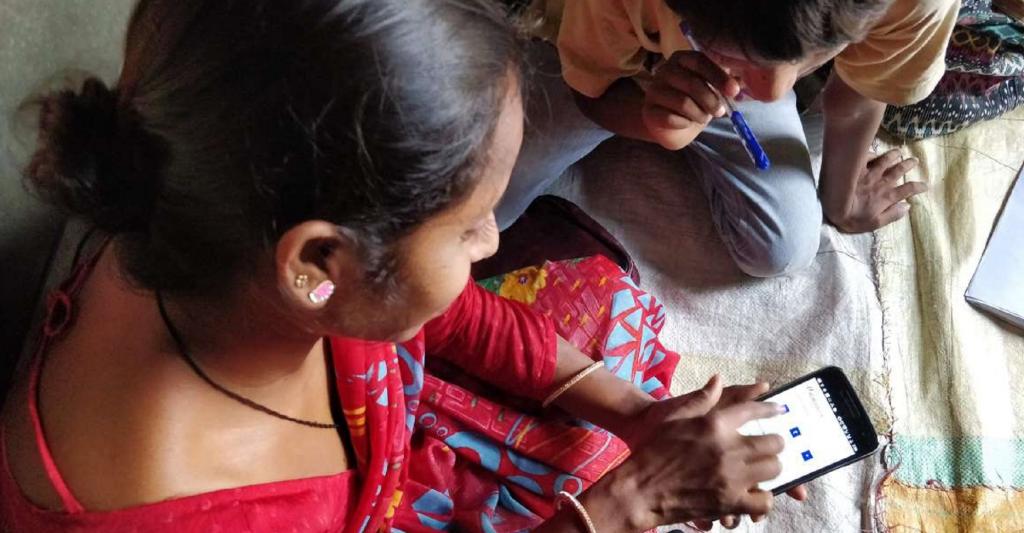 An artificial intelligence (AI)-powered revolution is underway, and it fits in the palm of our hands. AI is changing the way we experience technology, and nowhere is its value as easily apparent as through our smartphones.

It learns our preferences to personalise our news feeds and music playlists. It lets us upload photos that are Instagram-worthy and unlocks phones through facial recognition. It recognises and deciphers our voice and powers our digital assistants.

Voice-enabled search is an increasingly preferred mode of vernacular web browsing, with 28 per cent of search queries in India being conducted by voice and Hindi search queries increasing by 400 per cent year on year (Indian consumers say big hello to voice-based devices, Tech Trend, Business Standard, 2019). This is increasingly true for the first-time users who find voice-based input more intuitive than typing on the phone.

However, AI raises new challenges for the 40 million (More than a quarter of India’s population will be smartphone users this year, eMarketer, 2018) first-time smartphone users being added each year, especially women (Smartphone users in India 2018: 16% YoY Growth is the highest in the world, DazeInfo, 2018).

Lata, who resides in Chhattisgarh and uses her husband’s smartphone to watch the Mahabharat on a regional infotainment app, struggled to find maternal and child health content that was available on the same app — “I am not able to find videos on my child’s health on this application. I did not know it was there. I will use it now”. Why does AI fail to personalise content for her, thus limiting her ability meet her aspirations?

In its simplest form, AI uses an algorithm to monitor the user’s engagement with digital content, learning every time the user chooses to Like, Share, Play, and Skip. This information is leveraged to predict the relevance of future content, with higher usage resulting in better personalisation.

Like Lata, a large segment of women access smartphones that belong to a male family member, typically the father, the husband or the son. Our work in Chhattisgarh, where the government distributed 3.5 million smartphones to women, suggests that they tend to be the least active on these smartphones.

As first-time users, often on ‘borrowed’ smartphones, women are a less likely to carry out even basics tasks on a mobile phone. For example, the gender gap for making / receiving calls and sending an SMS is approximately 20 per cent and 50 per cent percentage points, respectively (Wide gender gap in mobile phone access is hurting India’s women, IndiaSpend, 2018).

In such a context, AI is simply unable to learn about her likes and dislikes. Content is curated for frequent phone users such as children and men in the household.

As such, women must scroll through a long list of articles and videos to discover what is relevant for them, reducing the efficacy of their time using the smartphone. AI, by the very nature of how it works, is leaving first time women users behind.

Patriarchal societal and cultural norms cause women to face restrictive environments, in which their needs are often de-prioritised over the needs of the child, or the family. It is a social ill that outdates digital technology by several centuries, and its effects cannot be willed away any time soon despite our best efforts.

Other factors such as women’s lack of digital literacy and limited access to information channels compound the situation. Knowing that we cannot solve for gender inequality right away, the least we can do is ensure that advances in technology do not widen the inequality.

An AI that works for women

A good starting point would be to work with solution providers who are willing to use a gender lens. We worked with one such provider to re-design an infotainment app using a human-centered design process to place a woman’s contexts and realities, and her needs and aspirations at the center of the design process.

We visited rural districts in Chhattisgarh and conducted HCD research through in-depth interviews, intercepts, group discussions, and observations. Using these research methods, the team tested prototypes for the digital solutions and co-designed specific User Interface/User Experience features with the women.

Our interactions with Lata and over 80 other women revealed that traditional solutions — such as user profiles — don’t work for them. First-time users simply ignored the profiles as they were unfamiliar with the concept.

Even those who understood the concept, raised privacy concerns as they did not want the profiles to become a way for the male members to inspect their usage. Passwords were hard to remember and only increased suspicion.

Our work suggested a preference for non-dynamic navigable content categories — movies, songs, health and agriculture among others on the landing page. We discovered that they sought relevant content but within these categories.

The convenience of this is analogous to being able to look up the right aisle in a super market to pick up the stuff you need rather than going through another frequent member’s shopping list. Pressed for time, and often struggling to use new services, women need AI that works for them.

The next phase of growth in smartphone usage will come from women users. And they are increasingly overcoming social barriers and aspire to leverage smartphones to access government schemes, apply for scholarships for their children, improve their vocational skills, and find jobs among other things.

Making the effort to create solutions that take a gender lens to solution design, can aid digital inclusion for women. It is time that we saw that new technology does not repeat the biases of outdated values.

Esha Rao is an associate consultant while Vineet Bhandari is a senior project manager at Dalberg. Dayoung Lee is an associate partner based in Mumbai and a co-lead of the Education to Employment Practice