In the annals of modern medicine, medical research experiments have always been sexist. The tide is finally turning 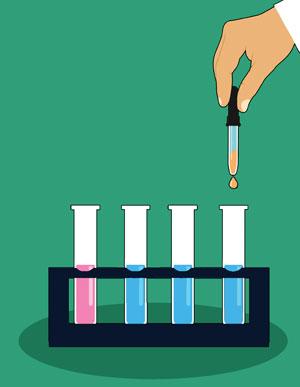 The blurring of sex is one of the enduring dogmas of modern medicine. And this reduction is biased in favour of men, the default sex—what is medically true for men, it is assumed, is also true for women. So for decades, the dosage, efficacy, and side-effects of a vast spectrum of drugs, including painkillers, antihistamines, and antidepressants, have been ascertained largely by clinical trials on mice and humans of the masculine variety. According to an analysis of medical research in the US, male animals outstripped females 5.5 to 1 in neuroscience, 5 to 1 in pharmacology, and 3.7 to 1 in physiology. The belief is so laughably doctrinaire that even Addyi, the first female aphrodisiac to go commercial last year, was tried mostly on men!

But research in the last decade has rendered this sexual parity increasingly precarious, and thereby shown that it is unjust to women. We now know that women differ from men in the way they experience pain, as well as in the way their bodies respond to medicines, vaccines, toxics, and pathogens. There is evidence to suggest that the peculiarities of the female brain and body might have something to do with the fact that more women die of heart disease, or that they are more prone to Alzheimer’s.

Last month, a University of Tasmania study bolstered this view with the finding that a tuberculosis vaccine given to Gambian infants inhibited the expression of an anti-inflammatory protein in girls, but not in boys. Yet another published last year showed that mechanisms regulating hypersensitivity to pain are different for male and female mice. Whereas in males, suppressing a group of immune cells called microglia relieves pain, in females it has no effect. Assuming this is also true for humans, a pain drug based only on the response of male mice may not have the desired effect on women.

A third study that came out last year found that women tend to remember words longer than men. This is significant for Alzheimer’s research, for it implies that by the time she forgets them, she’s probably worse off than the man? Is this why Alzheimer’s is more common among older women? Worse, this could also mean women may be missing out on an earlier diagnosis, and hence an effective treatment.

It’s becoming increasingly clear that neglecting sex in medical research is fraught with risks such as nasty misdiagnoses, abortive treatments, and, not to mention, unexpected side-effects, especially for women. We know, for instance, that heart disease kills more women than all kinds of cancer put together. We also know that the nature of their symptoms is also different. And yet, according to a 2014 report by the Brigham and Women’s Hospital in Boston, women account for just 35 per cent of subjects in heart-related research.

But the tide has begun to turn. In 1993, the US National Institutes of Health corrected gender imbalance by mandating the inclusion of women and minorities in human clinical trials. And since last year, even preclinical trials are mandated to include females. While this is a healthy sign, critics say enforcement is still lax and, as the Brigham Hospital report noted, “Researchers often fail to analyse data by sex or include hormone status or other gender-specific factors.”

Sex differences are an outcome of millions of years of evolution. So it shouldn’t come as a surprise if our brains and bodies have gendered equations with the environment. In fact, why restrict it to sex alone? Even race, culture and geography may have a bearing on how individual bodies are shaped.

Some of these ideas are taking shape now in the form of what are called precision medicine and personalised medicine. Perhaps the day is not far when not just differences between men and women, but even between individuals would determine medical research and treatment.