What is a comfortable temperature? The question seems benign on the surface but the answer has far reaching ecological consequences 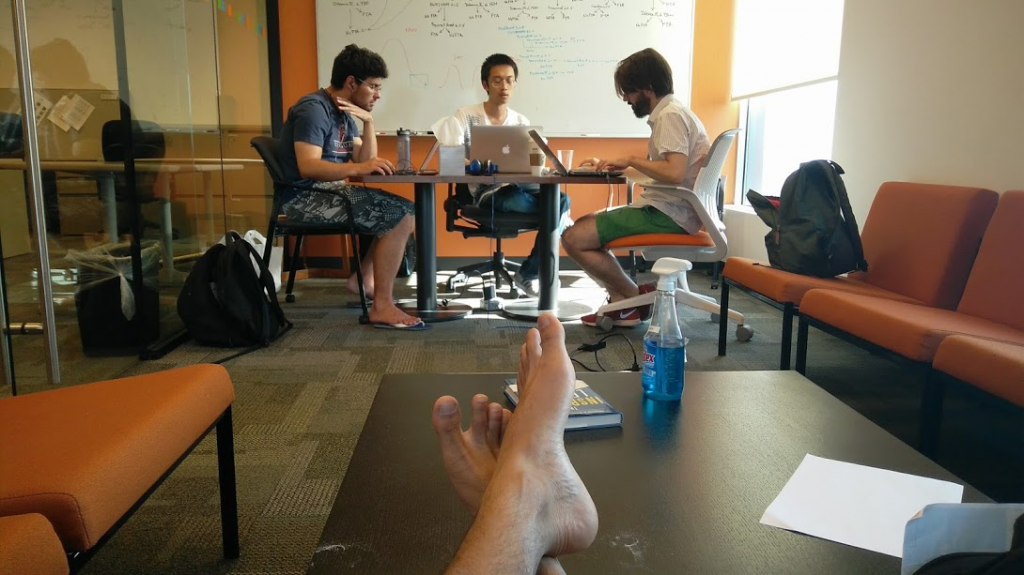 Even shuffling a degree shuffling to suit our comfort considerably alters the energy demand. Credit: Author

At what temperature do we feel ‘comfortable’? When I was in New York, my roommate and I could never settle on an answer. His definition of comfortable temperature (21-22oC) left me shivering, and my peferred 27-28oC made him sweat.

Is there more to thermal comfort than what feels right? Who decides what is comfortable for everyone? The question seems benign at surface but answer has far reaching ecological consequences.

Even shuffling a degree to suit our comfort considerably alters the energy demand. Cooling appliances such as air conditioners, fans and coolers already account for 10 per cent of all global electricity consumption, according to the recently released, The Future of Cooling report by the International Energy Agency.

This is likely to rise significantly in the future. In India, cooling-related energy demand is expected to soar from 90 terawatt hour in 2016 to 1,350 terawatt hour in 2050, says the report. Need I elaborate on the environmental and socio-economic fallout it can for a country where almost 80 per cent of rural households are still waiting to get electrified?

In order to check the energy cooling demand, governments and industry have been pushing energy efficient variant of centuries-old technologies. Many are playing around with definition of thermal comfort to address the impending crisis.

In the course of my investigation into the science and business of keeping it cool, I realised the science around ‘comfort’ and standards that shape it is pretty murky.

Since the invention of mechanical means, especially air-conditioning, to control indoor environment, scientists have been striving to find the thermal sweet-spot that would make indoors comfortable for all. This quest has been primarily supported and promoted by the Heating, Ventilation and Air-Condition (HVAC) industry, which was originally set up to improve performance delivery of their products.

The first modern air-conditioner was built by Willis Carrier at Buffalo, New York in 1902 as a solution to improve manufacturing process control in a printing plant based in Brooklyn, New York. Temperature and humidity control was necessary to maintain paper dimensions and ink alignment. Over a period of time, this invention for industrial application expanded to improve general workplace productivity and ultimately comfort at homes.

In the 1890s, a meeting on space heating and ventilation in New York led to the formation of a professional association that would play a pivotal role in defining thermal comfort standards globally. This association was renamed the American Society of Heating, Refrigerating and Air-Conditioning Engineers (ASHRAE) in 1954 as it expanded its horizons to include air-conditioning and refrigeration.

Thermodynamics explains why we feel hot or cold

Scientific investigations into thermal behaviour of the human body were enabled by the development of thermodynamic theory in the 19th century. The hypothesis is that if a human body is a thermodynamic engine, then it ought to achieve a state of maximum productivity (at work) or comfort (at leisure) in a state of thermal equilibrium.

Our bodies generate heat through metabolic activities. In order to maintain internal temperature at 37oC, the body employs various means to dissipate additional heat. An average human body is estimated to dissipate same amount of energy as a 100 watt light-bulb.

A breakthrough was achieved in 1970 when a Danish professor P O Fanger declared he had found a mathematical equation to define human thermal comfort. In a series of studies conducted at Kansas State University and Technical University of Copenhagen, Fanger surveyed subjects in a climate chamber where the indoor conditions could be controlled. Fanger developed the Predicted Mean Vote (PMV) model on the basis of this survey and combined human variable of activity and clothing with the environmental variables, such as air temperature, mean radiant temperature, relative humidity and air velocity to define human thermal comfort.

PMV was complimented by the Predicted Percentage of Dissatisfied (PPD), a measure of the percentage of people who will not be comfortable at a given temperature conditions.

The most interesting aspect of Fanger’s study was that it said that there is no significant difference in the expectations of comfort conditions between his American and Danish students, between students and the elderly or between males and females. Fanger discussed the effect of body build, menstrual cycle, ethnic differences, food, circadian rhythm, crowding, and colour and concluded that these do not appear to have any significant influence on the comfort conditions for low levels of activity.

In 1974, this PMV/PPD model was adopted in the revised Standard 55 as a tool to define thermal comfort requirement for buildings. This got global acceptance in 1984 when it was made a part of ISO 7730, set by the International Standards Organization and CEN CR 1752, a design criteria for the indoor environment mandatory for EU members.

Could science be wrong?

Going by Fanger’s conclusions, I had no ground to justify my warring with my roommate. But what if science was wrong about the homogeneity of human body and expectations?

It is well established that populations residing in specific geographies have gradually developed distinct morphological and physiological makeup to adapt to the local climate. They also develop an unique response to heat or cold on the basis of culture.

A heterogeneous adaptation to climate is seen in a population’s heat tolerance or how they choose to define uncomfortable weather. For instance, in Sweden, a heat wave is if the daily maximum temperature crosses 25oC for three days running. The US, on the other hand, pegs the number at 32.2oC. The Indian Meteorological Department (IMD) has different threshold temperatures for declaring heat wave for the three major geographical regions: plains (40oC), coastal (37oC), and hills (30oC).

This flies in face of Fanger’s theory and could be a possible explanation for the difference in my comfort from my roommate’s. There is a 7.8 degree difference in the definition of heat wave between my homeland, the Indo-Gangetic plains and his home, California, US.

But is the technical measure of thermal comfort same or correlated to the limit of heat tolerance? Platinum and silver melt at 1,770oC and 961oC, respectively, but it doesn’t mean both aren’t comfortably solid at room temperature.

Did anyone repeat Fanger's study in the tropics? Watch this space for more.

(This is the first article in a series which explains the evolution and politics of thermal comfort standards).