My PhD supervisor just won the Nobel Prize in Chemistry for designing a safer, cheaper and faster way to build molecules and make medicine 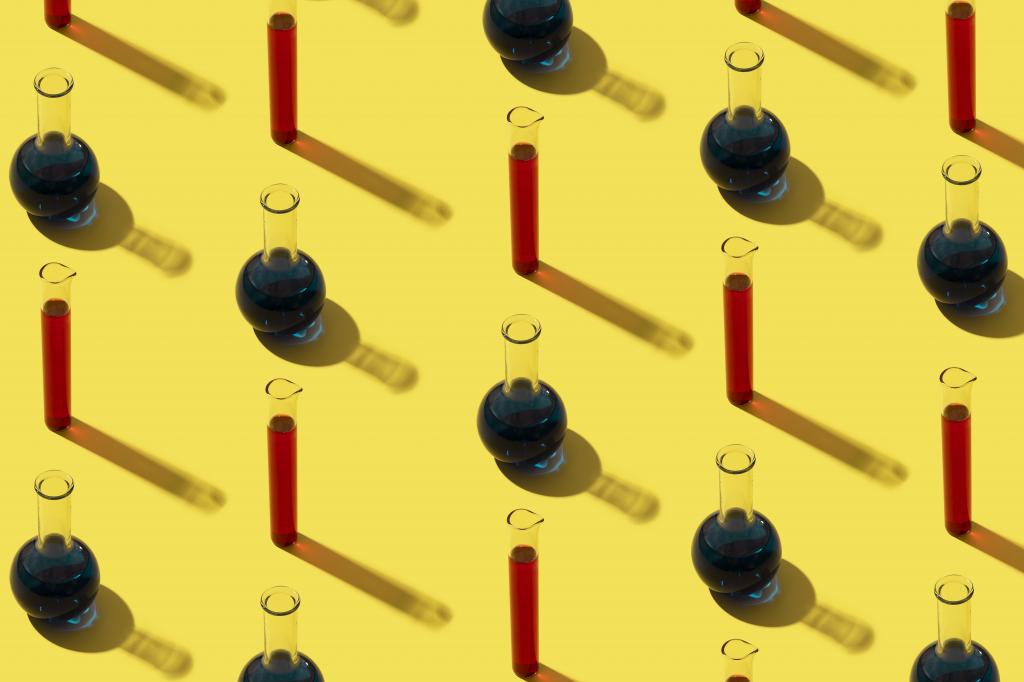 The reason that ibuprofen treats headaches and ice cream tastes sweet is that their chemical components fit perfectly into certain receptors in your body. The better a drug or flavor molecule fits with its matching receptor, the more effective the medicine or tastier the treat.

But an interesting quirk of nature is that many molecules can come in two versions — a right–handed version and left–handed version — and receptors in your body must match the handedness of a molecule to fit correctly. A left–handed glove won’t fit on your right hand.

So how do chemists make the correct version of a molecule so that drugs work as intended?

This is a question I as a chemist was deeply fascinated by when I started my PhD studies with Dave MacMillan at Princeton. And he, along with Ben List of the Max Planck Institute, have together won the 2021 Nobel Prize in Chemistry for discovering entirely new ways to make molecules of one orientation or another.

They developed a new simple type of catalyst — called asymmetric organocatalysts. These catalysts are able to efficiently produce molecules with a particular three-dimensional orientation and have enabled chemists to discover and manufacture safe and effective drugs.

What is an asymmetric catalyst?

Catalysts are the tools that both nature and chemists use to build complex molecules. They work by lowering the amount of energy required for a chemical reaction to occur. Chemists use catalysts to produce large amounts of complex molecules that would otherwise be hard to make efficiently, or even at all.

Normally, chemical reactions produce an equal amount of left–handed and right–handed molecules. Asymmetric catalysts are catalysts that selectively produce molecules with one orientation or the other.

Twenty years ago, the chemists who first invented asymmetric catalysts won the 2001 Nobel Prize in Chemistry. But the catalysts they invented use precious metals that can be expensive and toxic. They are also sensitive to air and water. Scientists have been using these metal–based asymmetric catalysts ever since, but a lot of care needs to go into recycling or removing these sometimes toxic metals from the many medicines they are used to create.

How does nature make asymmetric molecules?

Biological receptors — structures on cells that receive chemical signals — often only bind to one version of a molecule. So nature has mastered how to make molecules selectively using large, complex, almost factorylike enzymes. These elaborate enzyme catalysts are often made of thousands of amino acids and assemble chemical building blocks into the correct left or right orientation. This beautiful strategy is the product of millions of years of evolution and works great in living organisms.

The problem when it comes to using enzymes to produce drugs is that they are often 10,000 times larger than the actual target medicine and can take just as long to make. In fact, the 2018 Nobel Prize in Chemistry separately recognised scientists who developed a way to make enzyme catalysts more easily. Despite these advances, making these large enzymes is not yet practical for medicinal chemists in the lab.

Asymmetric organocatalysts: Hand tools doing the job of a factory

MacMillan and List each developed a type of organic, or carbon–based, catalyst made from a single amino acid that can produce complex molecules of a single handedness. Instead of using toxic metals or entire molecular factories, scientists can now use single amino acids to produce specific drugs.

So how do organocatalysts work?

There are now many different types of asymmetric organocatalysts, but the type that started this field are often circular amino acids that hold chemical building blocks in a particular 3D shape during a chemical reaction. In a choreographed three-part dance, the catalysts first make a strong bond with a building block of the desired end product, orient it for the bond formation and then release it after the chemical reaction has occurred.

The circular shape of the catalysts is often essential. List used the only naturally occurring ring-shaped amino acid, proline, as his catalyst. MacMillan, on the other hand, tied the amino acids back in a ring that forces chemical reactions to only produce molecules with one orientation.

The techniques that List and MacMillan discovered have led to the creation of thousands of new catalysts and chemical reactions that can produce drugs more cheaply and efficiently than before.

The ability to build so many molecules with such a simple and effective approach has revolutionized medicinal chemistry. Today, organocatalysts are frequently used to make many types of drugs that treat a wide range of diseases, including cancer, diabetes, HIV and many more.

By the time I joined MacMillan’s lab in 2006, we were building on these discoveries and merging them with new technologies to make entirely new types of medicines. The dozens of fun and creative scientists that I worked with there have shown that it is possible to use MacMillan’s discovery to invent hundreds of new chemical reactions.

I once asked MacMillan why he thought his discovery had made such an impact on medicine. His answer was that amino acids are cheap, sustainable materials and are much more practical to use than air- and water–sensitive metal catalysts. This means that people don’t need big budgets or fancy equipment to employ this technology and manufacture new drugs. Chemists around the world — from poor and rich countries alike — can build on the technology.

I still strongly agree that this is why organocatalysts have been put to such great use so quickly and so widely.

Get our best science, health and technology stories. Sign up for The Conversation’s science newsletter.