The standard model is the most successful scientific theory ever written down, and yet, we know it must be incomplete 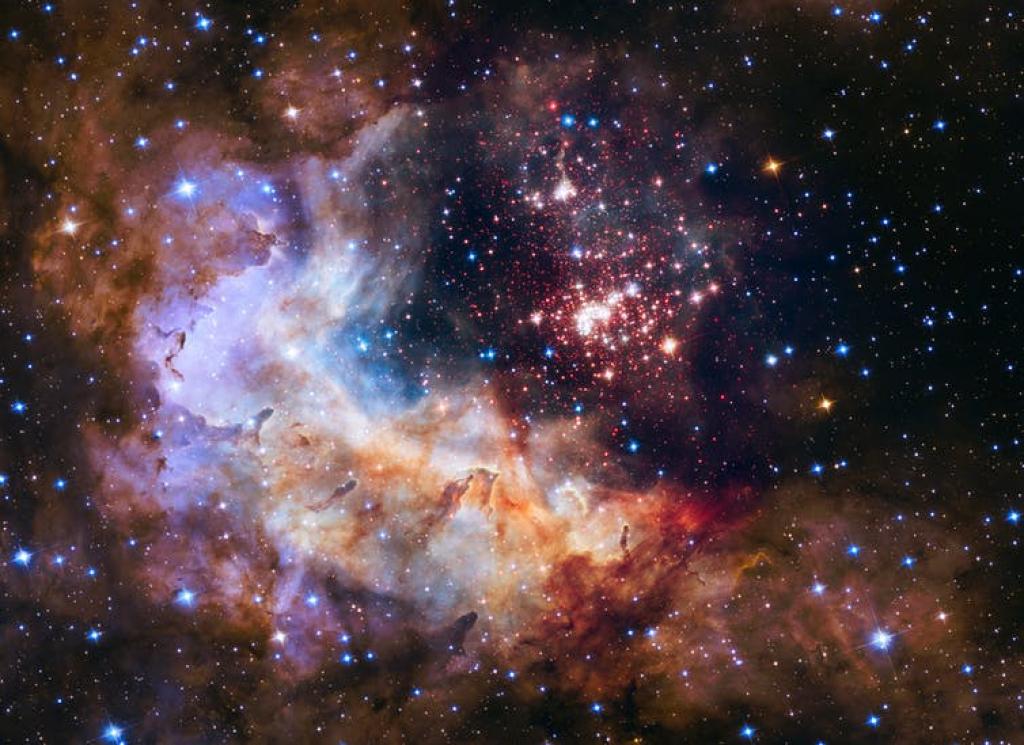 The Large Hadron Collider (LHC) sparked worldwide excitement in March as particle physicists reported tantalising evidence for new physics - potentially a new force of nature. Now, our new result, yet to be peer reviewed, from Cern’s gargantuan particle collider seems to be adding further support to the idea.

Our current best theory of particles and forces is known as the standard model, which describes everything we know about the physical stuff that makes up the world around us with unerring accuracy. The standard model is without doubt the most successful scientific theory ever written down and yet at the same time we know it must be incomplete.

Famously, it describes only three of the four fundamental forces – the electromagnetic force and strong and weak forces, leaving out gravity. It has no explanation for the dark matter that astronomy tells us dominates the universe, and cannot explain how matter survived during the big bang. Most physicists are therefore confident that there must be more cosmic ingredients yet to be discovered, and studying a variety of fundamental particles known as beauty quarks is a particularly promising way to get hints of what else might be out there.

Beauty quarks, sometimes called bottom quarks, are fundamental particles, which in turn make up bigger particles. There are six flavours of quarks that are dubbed up, down, strange, charm, beauty/bottom and truth/top. Up and down quarks, for example, make up the protons and neutrons in the atomic nucleus.

Beauty quarks are unstable, living on average just for about 1.5 trillionths of a second before decaying into other particles. The way beauty quarks decay can be strongly influenced by the existence of other fundamental particles or forces. When a beauty quark decays, it transforms into a set of lighter particles, such as electrons, through the influence of the weak force. One of the ways a new force of nature might make itself known to us is by subtly changing how often beauty quarks decay into different types of particles.

The March paper was based on data from the LHCb experiment, one of four giant particle detectors that record the outcome of the ultra high-energy collisions produced by the LHC. (The “b” in LHCb stands for “beauty”.) It found that beauty quarks were decaying into electrons and their heavier cousins called muons at different rates. This was truly surprising because, according to the standard model, the muon is basically a carbon copy of the electron – identical in every way except for being around 200 times heavier. This means that all the forces should pull on electrons and muons with equal strength – when a beauty quark decays into electrons or muons via the weak force, it ought to do so equally often.

Instead, my colleagues found that the muon decay was only happening about 85% as often as the electron decay. Assuming the result is correct, the only way to explain such an effect would be if some new force of nature that pulls on electrons and muons differently is interfering with how beauty quarks decay.

The result caused huge excitement among particle physicists. We’ve been searching for signs of something beyond the standard model for decades, and despite ten years of work at the LHC, nothing conclusive has been found so far. So discovering a new force of nature would be a huge deal and could finally open the door to answering some of the deepest mysteries facing modern science.

While the result was tantalising, it wasn’t conclusive. All measurements come with a certain degree of uncertainty or “error”. In this case there was only around a one in 1,000 chance that the result was down to a random statistical wobble – or “three sigma” as we say in particle physics parlance.

One in 1,000 may not sound like a lot, but we make a very large number of measurements in particle physics and so you might expect a small handful to throw up outliers just by random chance. To be really sure that the effect is real, we’d need to get to five sigma – corresponding to less than a one in a million chance of the effect being down to a cruel statistical fluke.

To get there, we need to reduce the size of the error, and to do this we need more data. One way to achieve this is simply to run the experiment for longer and record more decays. The LHCb experiment is currently being upgraded to be able to record collisions at a much higher rate in future, which will allow us to make much more precise measurements. But we can also get useful information out of the data we’ve already recorded by looking for similar types of decays that are harder to spot.

This is what my colleagues and I have done. Strictly speaking, we never actually study beauty quark decays directly, since all quarks are always bound together with other quarks to make larger particles. The March study looked at beauty quarks that were paired up with “up” quarks. Our result studied two decays: one where the beauty quarks that were paired with “down” quarks and another where they were also paired with up quarks. That the pairing is different shouldn’t matter, though – the decay that’s going on deep down is the same and so we’d expect to see the same effect, if there really is a new force out there.

And that is exactly what we’ve seen. This time, muon decays were only happening around 70% as often as the electron decays but with a larger error, meaning that the result is about “two sigma” from the standard model (around a two in a hundred chance of being a statistical anomaly). This means that while the result isn’t precise enough on its own to claim firm evidence for a new force, it does line up very closely with the previous result and adds further support to the idea that we might be on the brink of a major breakthrough.

Of course, we should be cautious. There is some way to go still before we can claim with a degree of certainty that we really are seeing the influence of a fifth force of nature. My colleagues are currently working hard to squeeze as much information as possible out of the existing data, while busily preparing for the first run of the upgraded LHCb experiment. Meanwhile, other experiments at the LHC, as well at the Belle 2 experiment in Japan, are closing in on the same measurements. It’s exciting to think that in the next few months or years a new window could be opened on the most fundamental ingredients of our universe.