Nobel Prize for chemistry for gene-editing: A gene engineer explains how it works

CRISPR has huge potential to transform how scientists can detect, treat and even eradicate diseases as well as improve agricultural products 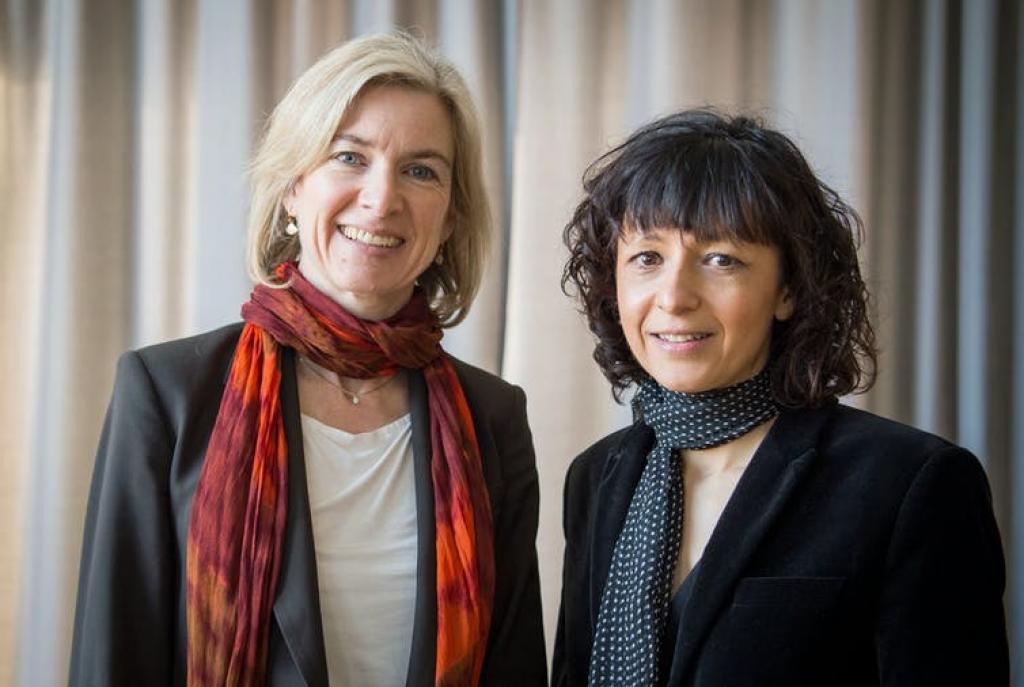 This newfound ability is called gene editing, the tool is called CRISPR, and it’s being used worldwide to engineer plants and livestock and treat disease in people.

For these reasons the 2020 Nobel Prize in chemistry has been awarded to Emmanuelle Charpentier, director of the Max Planck Unit for the Science of Pathogens in Germany, and Jennifer Doudna, professor at the University of California, Berkeley, for discovering and transforming CRISPR into a gene-editing technology. It’s the first time two women have shared a Nobel prize.

I’m a CRISPR engineer, interested in developing novel CRISPR-based gene-editing tools and delivery methods to improve their precision and function.

In the past, my colleagues and I have created a version of CRISPR that can be controlled using light, which allows precise control of where and when gene editing is performed in cells, and can be potentially used in animals and humans.

We’ve also created a targeted system that can package and deliver the editing components to desirable cell types — it’s like GPS for cells. Most recently, we engineered a tool that improved the speed and precision of CRISPR so it could be used in rapid diagnostic kits for COVID-19, HIV, HCV and prostate cancer.

While CRISPR scientists like me have been speculating about a Nobel Prize for CRISPR, it was exciting to see Charpentier and Doudna win. This will encourage young, talented engineers and researchers to enter the field of gene editing, which can be leveraged for designing new diagnostics, treatments and cures for a range of diseases.

Many variants of CRISPR / Cas systems have been discovered, engineered and applied to edit genes. There are already over 20,000 scientific publications on the topic.

CRISPR dates back to 1987, when a Japanese molecular biologist, Yoshizumi Ishino, and colleagues discovered a CRISPR DNA sequence in E. coli. The CRISPR sequence was later characterized by a Spanish scientist, Francisco Mojica, and colleagues, who named it CRISPR, which stands for Clustered Regularly Interspaced Short Palindromic Repeats.

While people and animals have evolved complex immune systems to fight viral attacks, single-cell microorganisms rely on CRISPR to find and destroy a virus’s genetic material to stop it from multiplying.

Charpentier and Doudna figured out how to borrow this innate biological capability from microbes and apply it to genetic engineering of bacteria.

In a landmark paper, published online on June 28, 2012, Charpentier and Doudna showed that the CRISPR gene-editing machinery includes two components: a guide molecule that serves as sort of a GPS to find and bind the target gene site on the DNA of an invading virus, which then teams up with a CRISPR-associated protein (Cas) that serves as a molecular scissor that snips the DNA.

Around the same time, Virginijus Siksnys, a Lithuanian biochemist at the University of Vilnius, made a similar discovery and submitted results for publication that appeared a few months later, in September 2012. Feng Zhang, a biologist at the Broad Institute in Cambridge, Massachusetts, and colleagues showed that CRISPR can be improved and used for editing mammalian cells.

He currently owns one of the first patents on using CRISPR for gene editing, which is being contested by Doudna’s institution, UC Berkeley.

Once the DNA has been cut in the right spot, the cell will try to repair the cut. But the repair mechanism is error prone, and oftentimes the cells fail to fix the cuts perfectly, ultimately disabling the gene. Disrupting a gene is particularly useful for studying its function and find out what happens if you stop a gene from working.

This technique is also useful for treating cancer and infections, where turning off a gene can potentially stop cancer cells and pathogens from dividing or kill them outright.

During this cutting-repair process, one can fool the cells by providing a new piece of DNA. The cells will then incorporate this piece of DNA with desirable edits into the genetic code. This enables researchers to correct a genetic mutation that causes a genetic disease, or replace a defective gene with a healthy one.

The beauty of CRISPR lies in its simplicity. CRISPR can be easily customized to target any gene of interest, whether it is in plants, animals or people. CRISPR applications range from tools for understanding biology, as diagnostics and as new kinds of therapeutics to applications in producing better crops, biofuels and transplantable organs.

Why CRISPR deserved a Nobel Prize

While there is still plenty of room for improvement of these technologies, scientists have already begun testing CRISPR in a number of clinical trials for treating cancer and genetic disorders. CRISPR-based diagnostics have been also been approved by the US Food and Drug Administration under emergency use authorization for COVID-19 testing.

CRISPR does come with a lot of ethical concerns that warrant caution. For example, in 2018, a Chinese scientist prematurely and unethically used CRISPR for editing human embryos and created CRISPR-edited babies that could pass these genetic alterations to their offspring for generations to come.

Some have used the technology for other CRISPR-related DIY biohacks that raise more concerns over regulating the gene-editing technology.

Despite these concerns, CRISPR has huge potential to transform how scientists can detect, treat and even eradicate diseases as well as improve agricultural products. Society is already seeing the benefits of this Nobel-winning technology.