Any utopia, whether founded on reason or faith, contains the seeds of dystopia within 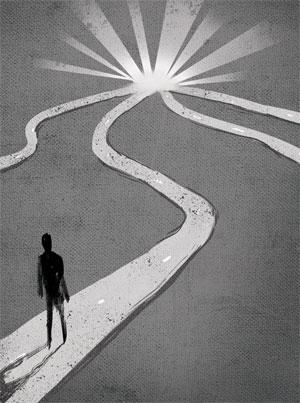 Last month, Neil deGrasse Tyson, a popular astrophysicist, sent out this controversial tweet: “Earth needs a virtual country: rationalia, with a one-line Constitution: all policy shall be based on the weight of evidence.” In other words, he was asking us to replace our world based on faith, instinct or intuition with one based on scientific reason. Tyson presumably believes such a world is likely to be less violent, or more efficient, or more prosperous.

His tweet triggered a sharp backlash from across the political spectrum, ridiculing his rationalia as yet another illustration of the naïveté and arrogance of scientism—the belief that science is not merely a method for apprehending material reality, but arguably the most reliable guide to making the world a better place.

Applauding his tweet, bigthink.com posted a video, where Tyson expands on his rationalia project idea. He argues that as there are many belief systems in the world, “it’s unstable to build a government on a belief system. What you want are objectively verifiable truths around which we can all agree. That’s what you build your economic system on, your government system. Once you have that, then you can go forth to your mosques, your churches.”

No doubt science has been incredibly successful in describing the physical world through universal laws. But to claim that the same investigative and interpretive tools are our best bet in navigating the hopelessly messy world of human affairs—as Tyson does—smacks of hubris. In fact, if we leave aside physics and chemistry, science has a miserable record arriving at “objectively verifiable truths” in complex systems like human behaviour, ecology, or the tangled web between genes and environment.

According to a 2005 study, most published research findings, especially in medicine and psychology, are false. A report published in Nature in May this year found that more than 70 per cent of researchers couldn’t reproduce another scientist’s experiments, and more than half failed to reproduce their own.

When the evidence itself is so shaky and unreliable, how does one even begin to weigh it, let alone design policies based on them? This is perhaps the greatest danger of living in a world ruled by technocrats or experts. After all, they are humans like us first, with all the prejudices and foibles they so often self-righteously ridicule in others, and their Janus-faced rationality is often guilty of peddling harmful ideas based on flawed evidence. Remember the eugenics movement, or the treatment of homosexuality with hormonal injections, or the Chernobyl and Bhopal disasters? But then aren’t all scientific truths provisional, contingent, scientists might retort, on new evidence that allows us to amend or even junk old ideas? True, but isn’t that precisely why human intuition, politics, and values must necessarily trump “evidence”?

Tyson is not the first to fetishize reason as the organising principle of an imagined new world. Francis Bacon conceived of a similar utopia in his unfinished novel New Atlantis as far back as 1627. In the 20th century, we had scientific Marxism, Hitler’s Third Reich experiment, and to some extent, the continuing modernisation project of capitalism. And we all know how these intellectual fantasies turned into nightmares for a large number of people.

But we haven’t learnt our lessons from history as we are in the thrall of scientific professionals more than ever before. Some scientists suggest it’s high time we stopped leaving it to the experts to tell us if something’s safe or not. We must make that decision ourselves. As the German sociologist Ulrich Beck so presciently warned us: “Neither science, nor the politics in power, nor the mass media, nor business, nor the law nor even the military are in a position to define or control risks rationally.”

Finally any utopia, whether it is founded on reason or faith, or any other idea, contains the seeds of dystopia within. Tyson’s imaginary Republic of Reason is one of them. It won’t succeed. Instead, we might do well to create more of what French philosopher Michel Foucault called heterotopias, spaces that interrogate and disrupt the repressive and authoritarian elements of utopia.