SETI: New signal excites alien hunters. Here’s how we could find out if it’s real

A mysterious radio signal seemingly coming from the nearest star to the Sun, Proxima Centauri, has generated a flood of excitement among scientists 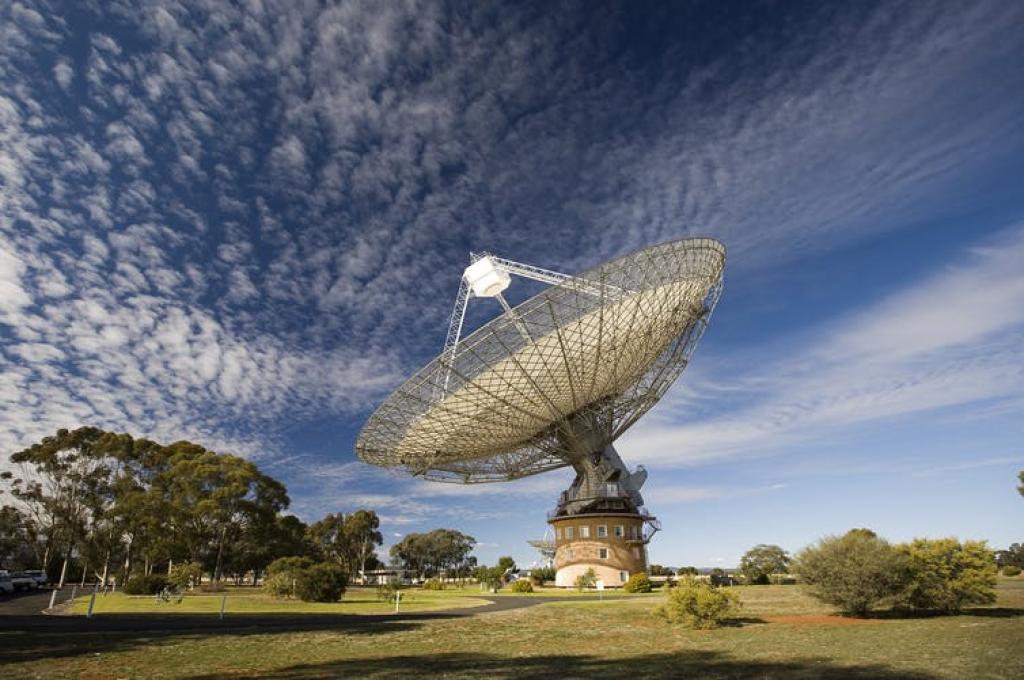 The US$100m (£70m) Breakthrough Listen Initiative, founded by Russian billionaire, technology and science investor Yuri Milner and his wife Julia, has identified a mysterious radio signal that seems to come from the nearest star to the Sun, Proxima Centauri. This has generated a flood of excitement in the press and among scientists themselves.

The discovery, which was reported by the Guardian but has yet to be published in a scientific journal, may be the search for extraterrestrial intelligence’s (SETI) first bona fide candidate signal. It has been dubbed Breakthrough Listen Candidate 1 or simply BLC-1.

Although the Breakthrough Listen team are still working on the data, we know that the radio signal was detected by the Parkes telescope in Australia while it was pointing at Proxima Centauri, which is thought to be orbited by at least one habitable planet.

The signal was present for the full observation, lasting several hours. It also was absent when the telescope pointed in a different direction.

The signal was “narrow-band”, meaning it only occupied a slim range of radio frequencies. And it drifted in frequency in a way that you would expect if it came from a moving planet.

These characteristics are exactly the kind of attributes the SETI scientists have been looking for since the astronomer Frank Drake first began the pioneering initiative some 60 years ago.

While this represents remarkable progress in our pursuit of the ultimate question of whether we are alone in the universe, the BLC-1 signal also presents some food for thought on how we conduct these searches.

In particular, BLC-1 highlights a problem that has dogged SETI research right from the beginning: disappearing signals. BLC-1 hasn’t been seen since it was first detected in the spring of 2019.

If BLC-1 finally emerges as a true SETI signal candidate, it will be the first since the “Wow! signal” recorded back in 1977. This is perhaps the most famous example of an inconclusive SETI candidate, it was never observed again. That doesn’t mean it cannot be extraterrestrial in nature. The perfect celestial alignment of moving and potentially rotating transmitters and receivers, separated by interstellar distances, is always likely to be a fortuitous and sometimes temporary circumstance.

Nevertheless, this represents a challenge for the Breakthrough Listen team. If BLC-1 is never seen to repeat, it will be very difficult to conduct the kind of detailed follow-up that will fully convince scientists that it was a message from aliens. Sceptics will rightly argue that this is more likely to be either a new form of human-generated radio interference or a rare feature of the complex observing instrumentation itself.

Indeed, it may never be possible to provide really compelling evidence of the extraterrestrial nature of a SETI event based on a telescope with a single dish, such as Parkes. This is especially the case for one-off events.

One way forward would be to abandon the traditional approach of using large single dishes for SETI. While a parabolic dish has the useful property of being sensitive to a fairly large area of sky, if a candidate signal is detected, there is no way of knowing exactly where it came from.

So, while the Parkes telescope was nominally pointing at Proxima Centauri, literally hundreds of thousands of other galactic stars were also present in the field of view. Ultimately, any one of them could potentially be the source of the BLC-1.

We can overcome this problem by observing with several large dishes simultaneously, preferably separated by hundreds and even thousands of kilometres. By combining their signals using a powerful technique known as Very Long Baseline Interferometry, we can pin-point the position of a signal with exquisite accuracy, such as to a single star.

For nearby systems such as Proxima Centauri, we can achieve a precision of approximately one thousandth of an astronomical unit (the distance between the Sun and Earth). This should allow us to identify not just the stellar system but the associated planet that transmitted the signal.

With such an approach, the motion on the sky of most signals could be measured in a year or even less. There are other advantages to observing with an interferometric array of telescopes, such as having many completely independent telescopes detecting the same signal.

In addition, radio interference from Earth wouldn’t be registered by telescope sites separated by hundreds of kilometres. So the human made interference that has contributed to so many false positives for SETI, and has included orbiting satellites and even microwave ovens, would completely disappear.

This kind of interferometry is a well established technique that has been around since the late 1960s. So why are we not doing SETI with it systematically? One reason is that combining data together from an array of telescopes requires more effort in almost all regards, including greater computing resources. An observation of a few minutes would generate many terabytes of data (1 terabyte is 1,024 gigabytes).

But none of these issues are show stoppers, especially as technology continues to advance at unprecedented rates. Perhaps a more important factor is human inertia.

Until recently, the SETI community has been quite conservative in its approach, with staff traditionally drawn from single-dish telescopes. These scientists aren’t necessarily familiar with the quirks and foibles of interferometric arrays.

Luckily, that’s finally changing. Breakthrough Listen now looks towards incorporating arrays such as MeerKAT, the Jansky Very Large Telescope (JVLA) and eventually the Square Kilometre Array (SKA) in their future survey programmes. In the meantime, prepare for a rising tide of ambiguous radio events, and hopefully the reappearance of BLC-1. Determining the precise location and motion of these signals may be the only way of reaching unequivocal conclusions.