Stockholm+50: Is science for just solutions

If science-policy interfaces are to deliver just and effective solutions to climate change, they must involve indigenous peoples and local communities

When presenting my research on global institutions established to guide policymaking on environmental challenges, my (mostly North American and European) audiences will often wonder at the need to scrutinise these science-policy interfaces. Isn’t the only thing that matters, someone will inevitably ask, is that we have asked the best scientists on the planet to guide us?

This is typically when I draw from Anil Agarwal and Sunita Narain’s seminal 1991 piece, ‘Global warming in an unequal world’. Agarwal and Narain called out the environmental colonialism evident in a 1990 report by the US-based World Resources Institute purporting to measure a country’s greenhouse gas emissions.

I invite my interlocutors to consider the distinction Agarwal and Narain draw between “luxury” and “survival” emissions. We then consider what gets erased when we take up the now commonplace unit: the metric tonne of carbon dioxide (CO2) or of CO2 equivalent.

From there, it is easier to understand how the assumptions stemming from Eurocentric knowledge have gone on to constrain not only the output of science-policy interfaces but also the climate negotiations and policies that followed.

At Stockholm in 1972, countries proclaimed, under Principle 18 of their closing declaration, that “Science and technology, as part of their contribution to economic and social development, must be applied to the identification, avoidance and control of environmental risks and the solution of environmental problems and for the common good of mankind”.

In the 50 years since, science-policy interfaces have been sources of increasingly strident warnings of the risks, and damages, created by climate change and other environmental threats. Yet, where are the solutions to these challenges? Science-policy interfaces can be part of delivering solutions that are just and equitable, but to do so these institutions must further, rather than hinder, the decolonisation of knowledge production, including on climate change.

The Intergovernmental Panel on Climate Change (IPCC) is the foremost science-policy interface on climate change. Awarded the Nobel Peace Prize in 2007, this institution has significantly evolved since its 1988 establishment, notably through highly publicised efforts to diversify and broaden its teams of authors and reviewers.

Nevertheless, critics of the interface continue to raise concerns with the long-term implications of decisions that are often cast as apolitical, and sometimes even merely technical. For instance, in their 2021 paper in Environmental Science and Technology, Silke Beck and Jeroen Oomen point to how the IPCC’s reliance on only a handful of modelled scenarios have constrained “the corridor of future action”.

How can science-policy inter-faces be expected to steer the global community toward just solutions if the range of viable solutions is limited from the outset, and without consideration of which paths are being closed off as a result?

In her 2022 Political Geography article on ‘The unbearable heaviness of climate coloniality’, Farhana Sultana problematises the current state of science-policy interfaces:

Who is the expert producing climate knowledge and what expertise is generally of value to media, policy-makers, the public? Who is setting policy agendas and planning outcomes? It is often the same talking heads (often Global North, white, male experts) who tend to dominate climate conversations, rather than those experiencing long-standing climate devastation or producing place-based knowledge. 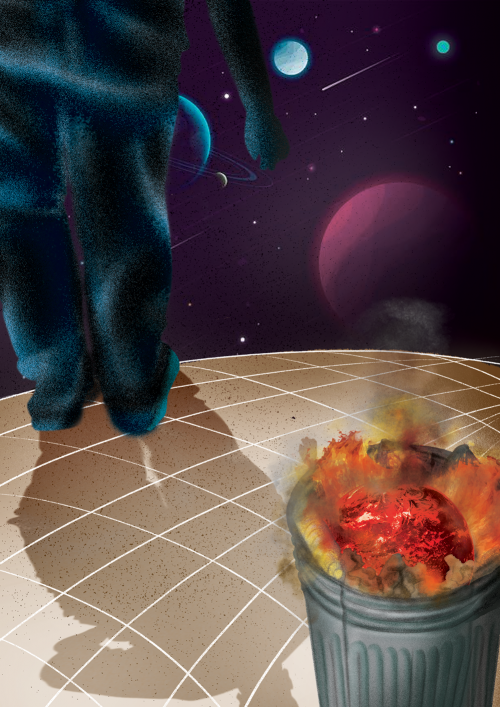 Sultana’s work illuminates the need to adjust how science-policy interfaces are designed, how they operate, and what they are asked to deliver.

In my 2020 Anthem Press book, Science Advice and Global Environmental Governance, I develop a set of recommendations building on an in-depth study of science-policy interfaces operating on climate change and in other environmental arenas, including biodiversity, desertification, ozone depletion, and chemical pollution.

I organise these recommendations around three central questions:

Before considering these questions, it is important to note that negotiations to establish, or later to adjust, a science-policy interface will typically be intergovernmental.

The intergovernmental nature of an entity such as the IPCC, and the related almost ritualistic process governments go through to endorse their reports, is essential for ensuring that governments take ownership of the outputs and will take responsibility for embedding them in policymaking.

As a result of this need to generate political will among those responsible for creating laws and policies, most interfaces are now intergovernmental.

In March 2022, when the 193-member UN Environment Assembly agreed to launch negotiations for a “Science-Policy Panel to contribute further to the sound management of chemicals and waste and to prevent pollution”, it agreed at the same time that this Panel “should be an independent intergovernmental body”.

Who are the experts?

In May 2021, following the publication of a Reuters ‘Hot List’ of 1,000 top climate scientists influencing the climate change debate, the editors of the journal Climate and Development published ‘Equity in climate scholarship: A manifesto for action’. They noted:

… we are dismayed to see that only 122 of the people on the list are women, and only 111 on the list are based in institutions in countries of the Global South, of whom 88 are from China. Not a single one of these scholars is based at an African institution outside of South Africa, which itself only has four scholars on the list (all of them men). These facts are in stark contrast with our experience at Climate and Development, where we regularly receive and publish outstanding scholarship coming from authors in countries that are among the most vulnerable to, and impacted by, climate change, and have done so for over a decade.

And yet the countries where scientists work, and their genders, are just two amid a myriad of characteristics to consider when aiming for a globally representative science-policy interface.

For representative science advice, it is essential to also consider other relevant attributes that will diversify epistemologies (for example age, career stage, disability, professional affiliation / employer…). I also recommend paying attention to whether experts are serving in their individual capacities or as representatives of the governments or institutions that nominated them.

Which ways of knowing will inform their work? The IPCC was designed to harness the expertise of scientists from a relatively narrow range of academic disciplines. Even though the scope of disciplines included in the IPCC’s reports has broadened with each assessment, these limits on areas of expertise were made all the more evident when the IPBES was established.

IPBES sets out explicit expectations for incorporating a wider array of disciplines as well as more ways of knowing. Broadening the ways of knowing included in a science-policy interface is essential to displacing what Sultana calls the “hegemony of Eurocentric knowledge”.

If science-policy interfaces are to deliver just and effective solutions to climate change, they must involve indigenous peoples and local communities.

What rules or procedures will they follow? While rules and procedures typically do not make for scintillating reading, they provide much of the critical infrastructure that will determine whether a science-policy interface can deliver on its promises and live up to the expectations of Principle 18 of the Stockholm Declaration.

Much as Beck and Oomen demonstrate that decisions taken about what scenarios to include in modelling constrain policy options, rules and guidelines will determine matters as varied as which information will be excluded, or how a lone dissenting voice could affect the final output.

Careful delineation of rules and procedures can also help to strengthen the transparency, legitimacy, and credibility of a science-policy interface’s work product.

Emphasising transparency does not, however, mean that every moment of interaction must be broadcast live on zoom. There are a variety of strategies for the dynamic and strategic management of transparency, thus avoiding concerns that maximising transparency will result in stifling of creativity and candour. Such strategies can include publicly releasing lists of participants, meeting agendas and reports, and conflict-of-interest declarations.

When considered in tandem with the other two arenas for improving science-policy interfaces, procedures can often be where the best efforts at diversifying membership and ways of knowing fall short.

For example, if there are no provisions for interpretation, meaningful participation by some experts might be impossible. Similarly, rules about which types of publication can be cited can reinforce existing power dynamics in climate science.

Of course, logistical and budgetary constraints may require judicious trade-offs among these three areas, even as steps to strengthen and decolonise science-policy interfaces are undertaken.

With growing understanding of what the UN Environment Programme has called the “triple planetary crisis” of climate change, biodiversity loss and chemical pollution, we are also seeing greater demand for science-policy work on an ever growing network of interconnected urgent environmental issues. Now is the time to make sure these institutions can deliver on the promises envisioned in Stockholm in 1972.

Views expressed are the author’s and need not reflect that of Down To Earth.