Third side of a coin!

We must not manifest prejudices against societies with primitive technology, without understanding their challenges completely 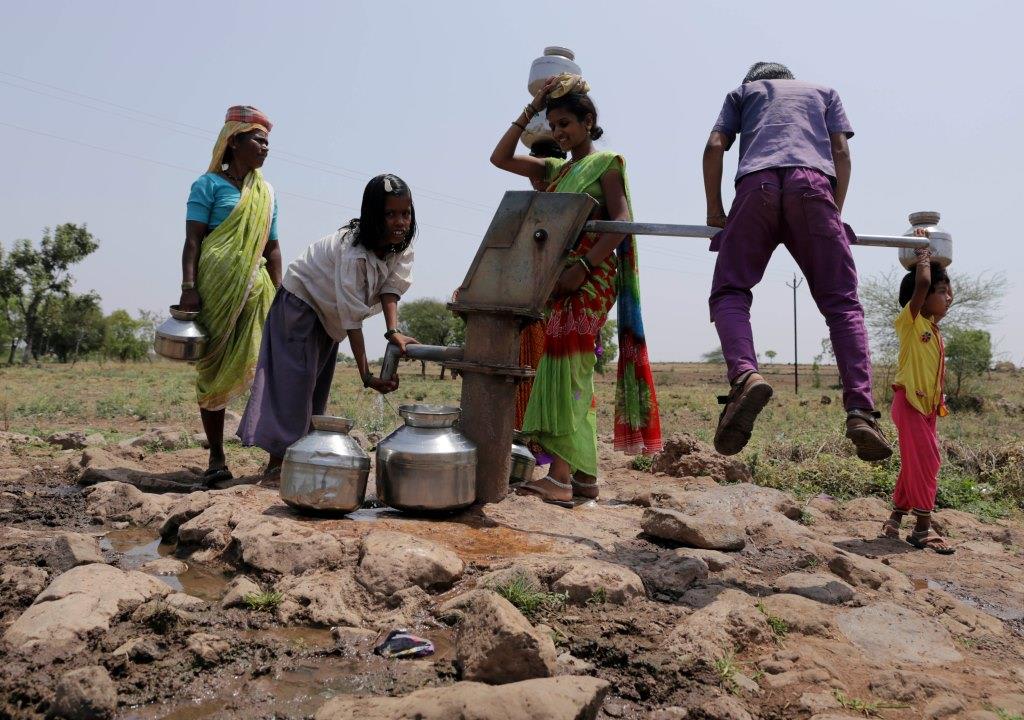 Last month, a news titled “water wives”, was doing rounds in various media platforms. The story brought to fore the fact that somewhere in Maharshtra, water is so scarce that people are resorting to multiple marriages to win over the situation. One wife could be entrusted with the job of fetching water from the well or from certain distance (more than one marriage is illegal in India).

This news points out to multiple dimensions of social reality, including ecological issues such as level of water scarcity and its fall outs. Many thinkers also wrote about the “gender” aspect of this story. They described ever-dominated position of a woman member as a forced labor, legitimised by the notion of “marriage”. All true. Yet, I would like to talk about a different aspect associated with this news (I call it third side of a coin).

I want to argue how our culture is guided by penetration of technology in the society. For instance, imagine a middle class family in a typical urban centre in India, who possesses independent house or a flat and enjoys regular water supply or a “control” over ground water through an electric motor. In this case, people are sufficiently insulated from the daily problems around availability of water. People from this strata don’t really need to rely upon forced labor for extracting and bringing water from a large distance. Basic water needs are fulfilled by technology and they enjoy a kind of independence. However, such luxury is often absent in rural areas. Rather in a water scarce region, one must work hard to avail it for basic minimum utility. As a result people in such areas find out tricky solutions to resolve problems.

I do not intend to justify the “water wives”. But if we see, for people from well-off families where machinery or “service providers” are available for basic needs, it is quite “convenient” to talk about social evils such as gender-based injustice. They impulsively criticise sustained existence of medieval values in our modern societies. But, my point is, before we actually criticise these factors, we must try to understand the reason behind their continued reliance on age-old customs. Only then, we can attach value judgment to their practices. In rural areas, as I have realised during my field visits, the level of technology is often found to be primitive. The dependence of communities on resources in the immediate surroundings and on manpower is huge (technology we use is inherently scale-specific and they are not suitable for scarcely-populated settlements). As a result, people tend to prefer assured availability of labour. Now, for such assurance, people resort to several power equations legitimised by cultural norms. Such norms then give rise to notions of caste/gender and unequal interpersonal relations.

Culture in rural areas is founded on “collectivist” principles. The extent of interdependence is often significant, either due to compulsion or because they genuinely care for each other. Social scientists call this “glue” as social capital allows people to collectively exist and to survive even in the absence of technology. Such social capital also creates conducive conditions for the genesis of compassion, mutual care and empathy. But only when it comes to hierarchy based on “birth”, the culture becomes truly repressive. Barring this negative aspect, rural societies must be looked upon from a different lens. Urban perspective shouldn’t be applied to judge rural societies. However, historically, various societies are wrongly judged without understanding how absence of technology guides their culture. For instance, in the American civil war, in 19th century, one dominant factor, among other reasons, for north-south division was technology. I mean, the northern states were benefitted by the better dissemination of technology and those states could afford to leave behind slavery. As against this, the southern states were heavily dependent on forced labour for their survival. They refused to give away cultural norms which allowed slavery. The result was war! Moreover, if we consider the monuments and architectural marvels of the world which represent the pinnacle of cultural heights of respective times, they were also built with the help of forced labour. If we apply the principles of “human rights” that are recent developments, we might not be able to enjoy grandeur and beauty of classic structures like the Taj Mahal. We must give due respect to the context in which the various cultures bloomed. Technology has always remained a liberating force for many.

Much work that was not possible without some sort of forced labourers earlier can now easily be done with machines. It has certainly modified the traditional norms. Technology becomes problem only when it is imposed without taking into consideration the existing social realities. Or when “haves” design it for their own purpose and “have nots” are deprived to design it as per their needs. To avoid it, technology must be designed to fulfill the specific needs of diverse communities. The compulsions regarding scale must not hinder the dissemination of technology. In such cases, it becomes the cause of inequality, as communities who lack numbers can’t experience “liberating” force of technology. While preference must be given to need for specific and frugal innovations, due care should be taken that it doesn’t turn out to be “reductionist” in nature. Otherwise, machines provide excessive control over natural resources and societies tend to undermine ecological limits for narrow interests.

In a nutshell, technology defines cultural norms and it might also destroy existing virtues. It acts both ways. What we must learn is we should not manifest prejudices against societies with primitive level of technology. Instead, it is imperative to understand them and their ways to deal with their harsh surroundings. The prudent study of traditional practices and wisdom of such communities have often led to unfolding of interesting phenomena. We must keep trying to identify such underlying processes without passing any judgments and one day we would be able to achieve just humane and equitable societies devoid of any kind of deprivation.