You can be sued for your social media posts 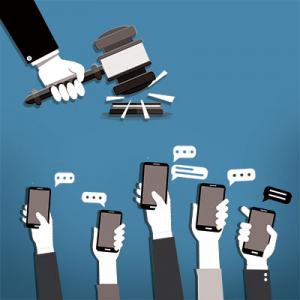 Last month, Pratik Sinha, the crusader behind AltNews, an online media service that debunks fake news, wrote on Twitter that the usual targets of his investigation, supporters of right-wing views, were now using the logo of his website @AltNews on their graphics to increase the credibility of their posts! It was a supreme irony.

I was curious to know if Sinha would be suing those misusing his logo, which has become synonymous with well-researched and credible exposes, to spread more distorted or fake news. Sinha appeared to be chuffed by the compliment that his detractors had paid him, but said he had no time for the legal runaround that such an attempt would entail. If he did sue, Sinha would have a solid case since he had applied to register the @AltNews trademark for his factchecking website over four months ago. He could also have sought compensation for the damages that such misuse had inflicted on the reputation of his website.

Unlike Sinha, who is handicapped by many constraints that his enterprise faces, there are others who are ready to sue and demand extortionate compensation for copyright violations on social media platforms (SMPs). The most common predators are the paparazzi, who are suing , celebrities who post their own pictures on any of the platforms, whether Facebook, Instagram, Snapchat and Twitter. To us in India, not so finely attuned to the ethics and laws of copyright, it might appear bizarre that celebrities —as also their fan accounts—are being sued for copyright infringement for posting their own photos. Such lawsuits are becoming more common in the US.

But there’s worse news. Hundreds of such accounts are being summarily shut down by SMPs even though fan accounts have given photo credit and even tagged the paparazzi in the post. Many of the complaints relate to Instagram, which is reportedly deleting accounts without warning. That’s because courts are becoming stricter. Recently, a New York federal judge ruled that news outlets that had embedded tweets containing an individual’s photo had violated copyright. With two billion users of social media, it is difficult to know who holds the copyright but in this case, the photographer proved it had first been posted on snapchat from where it went viral.

Even reposting content on Twitter is fraught with risk but this is a grey area since rules are not clearly defined. The fact is technology moves faster than the law, a problem that becomes more complex with new SMPs and apps proliferating at a dizzying rate. Legal experts warn that social media users should not assume that providing credit or a link to a webpage will protect them from infringement claims. The best advice is to read the fine print when you create an account.

On the other hand, if you want to protect your posts what should you do? The advice is not to put it up in the first place. According to the term of use you have granted a license to SMP to use the content in any way. It’s invariably “a worldwide, non-exclusive, royalty-free licence to use, copy, reproduce, process, adapt, modify, publish, transmit, display and distribute such content in any and all media or distribution methods”. And that covers methods not known at the moment but developed later. Think about it.