Your phone and your brain - what we know so far

By Daniel B. le Roux 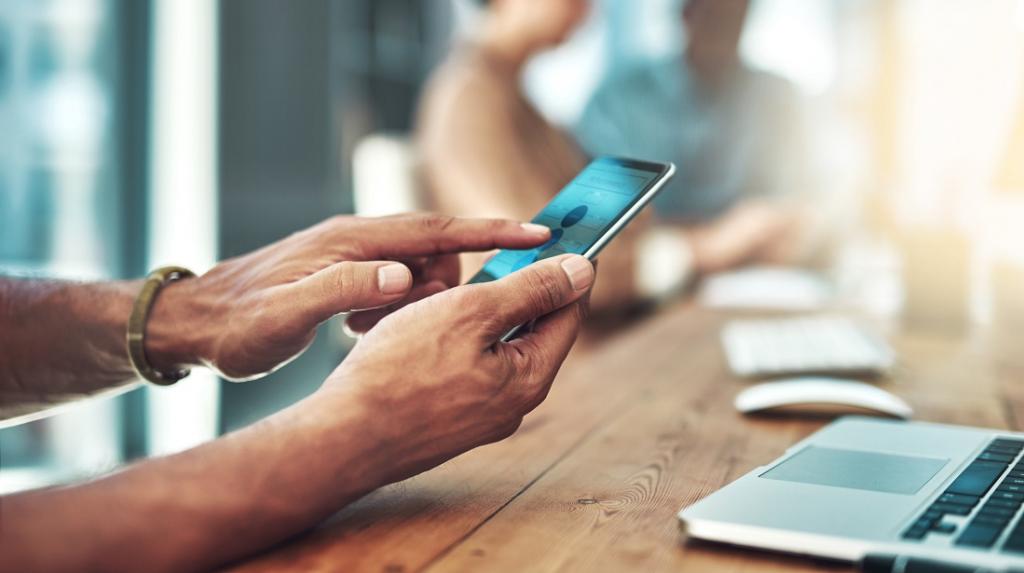 A defining characteristic of the way many people live today is persistent online connectedness. Since the introduction of smartphones about 15 years ago, the rapid and broad adoption of these devices has had an impact on people’s behaviour at all hours of the day. Forecasts suggest that the number of smartphone connections in sub-Saharan Africa will reach 678 million by the end of 2025, representing an adoption rate of 65 per cent.

Many people check their phones when they wake up, use them while travelling to work and constantly keep an eye on them while at work. A phone screen is the last thing many see before falling asleep. These behaviours have become so ingrained in routines that people rarely step back and consider the impacts on their bodies and minds.

Interaction with devices frequently involves mental switches from one context to another. Phones keep people permanently available for communication and information from different areas of life. Work-related emails, personal instant messages, social media posts, news, entertainment — it all becomes mixed and interwoven in a constant stream of beeps, pings and flashing notification icons.

Over the past decade, people have adapted to cope with this deluge of information in various ways. The most notable is media multitasking: constantly juggling media and non-media activities, often using multiple digital devices connected to various online platforms.

In a landmark study in 2009, researchers at Stanford University posed an important question: Are people who juggle media like this better at switching tasks than people who don’t?

But the study made the surprising discovery that high media multitaskers performed worse in task switching. They were also more easily distracted by information that did not relate to the task at hand.

In the decade since the study, various research groups around the world have investigated the issue. Some studies confirmed the original findings, some did not and some made contrary findings.

In the process various hypotheses have been proposed. The main one is that high media multitaskers tend to distribute their attention more broadly than low media multitaskers. Rather than focusing narrowly on particular tasks or streams of sensory input, their brains continuously monitor the environment for cues. It’s hard for them to filter out these cues. So they frequently switch away from one task to a different one.

Given the prevalence of media multitasking and the importance of paying attention in a variety of academic, professional and social contexts, we need a clearer understanding of the associations between media multitasking and cognitive control. Cognitive control involves working memory and inhibition to achieve a goal — focusing attention on particular mental tasks and ignoring distractions.

To produce a picture of the research in this domain, my colleague and I analysed the studies that have been done since 2009. We looked at 118 assessments reported across 46 different studies.

The picture that emerges from all this evidence is less clear than the original findings suggest. To make sense of the interaction between media multitasking and cognitive control, it is important to consider the strength of their association.

Our analysis of the 46 studies suggests that media multitasking behaviour has only a small effect on cognitive control.

What’s more, we found that the effect was only observable in studies where people reported their own experiences. In these studies, respondents typically answered a set of questions about failures of attention they experienced in everyday life.

Another way of measuring attention involves doing tasks in laboratory settings. These tasks are designed to measure participants’ performance in areas like working memory.

The difference in results from performance-based and self-report studies is important. One kind of study looks directly at a person’s performance in an artificial setting. The other reports what people think about their actions in the real world. And outside the lab, behaviour is influenced by multiple, often conflicting goals which compete for people’s attention.

It’s also still unclear whether media multitasking causes cognitive control problems. Do people, through constant switching among tasks, train their brains to constantly scan the environment for new cues? And does this harm or limit the ability to focus closely on a task for a length of time?

All in all, the evidence indicates that there’s still a lot of uncertainty about the long-term impacts of digital device use on cognition. And there’s been limited time to carefully consider the benefits and costs of this way of living.

But aside from potential long-term effects, it’s worth thinking about the effects on daily routines. In their rushed and noisy, device-driven lives, people may not be paying enough attention to meaningful goals.

Organisational psychologist and bestselling author, Adam Grant, in a recent article in the New York Times, emphasises the importance of being immersed in tasks that generate a sense of progress. These tasks contribute to daily joy and motivation. But for many people such immersion in tasks is unattainable when their minds start to reflect the clutter of their social media feeds.