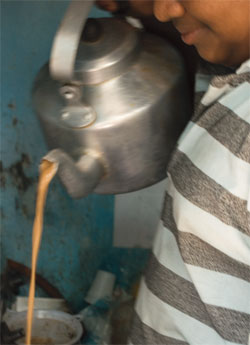 The National Sample Survey Office (NSSO) has released the key indicators for employment and unemployment in India, generated from the data collected between July 2009 and June 2010. The media has shown unusual interest in the data, even though the final report will be released towards the year end. Probably it has to do with talks of economic slowdown and the eagerness on economic growth’s job creation potential. Since early 2000s, we have been debating “jobless growth” in India.

Media reports interpreted the data to conclude that not enough employment has been generated despite eight per cent economic growth. They said employment has become more “casual” in the country pointing to a crisis situation. The Planning Commission questioned the five-yearly survey, saying it shows fall in both employment and unemployment rates. NSSO clarified, the accurate reading of the situation will be known only after the final report is released.

The key indicators show little change in the overall employment character of the country. Agriculture remains the key employer in rural areas, and the tertiary sector in urban areas. Casual employment remains a major source of livelihood. Rather, it has reinforced certain trends in employment, particularly in rural areas, that need to be understood because they point towards larger crisis in the rural livelihood situation. One of these trends is the significant spread of self-employment in rural areas. Fifty-one per cent of Indians are self-employed, according to the key indicators. In case of rural areas, it is 54.2 per cent. The percentage of self-employed rural women is higher at 56 per cent compared to 54 per cent in rural men. One is considered self-employed if he or she works with his or her own set up or employs people for own ventures. The definition of self employment is wide; it ranges from a tea stall to working in a farm to practising doctors.

Government says self employment has fallen slightly in comparison to the last survey conducted in 2005. It attributes this to economic growth: it has created many opportunities for people not to be self-employed. Economists say the increase in self employment has brought down unemployment rate. Anyway, since the 1980s self-employment has been on the rise. Why do such a large number of rural people opt for self-employment? Is it a lucrative option? Looking at the socio-economic backgrounds of the self-employed, it is clear that this option attracts most of the small and marginal farmers and the landless. This is the group of people who form a bulk of the unemployed as well. Interestingly, more women are joining the self-employed group. Chances are that they are working on their own farms. What’s more, the last NSSO survey pointed out that self employment was not at all lucrative, even in comparison to the casual daily wage jobs. Most of the self-employed preferred other options. So, what is keeping them attached to this?

There is a huge demand for employment. But people do not find jobs in rural areas as there are not enough productive livelihood sources. But you need employment for survival. This is where self employment comes into play. On rising self employment among rural women, it could be that farmers employ family members instead of hiring labour to save on wages. Or, there is a drop in overall income and women are joining household farms to revive a livelihood source. Agriculture, though no more productive, still attracts people. And it is where most of the self-employed are found.

The latest survey probed the employment scenario under the Mahatma Gandhi National Rural Employment Guarantee Act (MGNREGA), which was not in implementation during the last survey. Its findings point out the degree of joblessness among the marginal and small farmers and landless people. Around 90 per cent of the jobs under MGNREGA in three states were availed by these groups. Bulk of the people employed under the programme belonged to the self employment category.

The latest data has a distinct message. It should not be interpreted in a clinical manner. The devil must be dug out of the details. Otherwise we run the risk of treating the symptom and not the disease.