Goals are without specific time plan and targets

Goals are without specific time plan and targets

On the midnight of March 18, representatives from 187 UN member states adopted the Sendai Framework for Disaster Risk Reduction 2015-2030 with seven targets and four priorities for action. After the marathon negotiations that preceded the convention,one would have expected a clear cut action plan and commitments from developed nations.  So far, it is understood, only Japan made some funding commitment for this proposal as the five-day-long conference wrapped up. 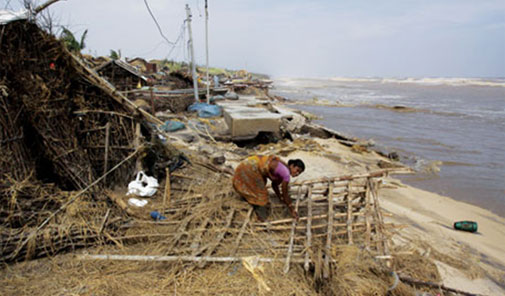 Earlier proposals for percentage goals were rejected, so the current set looks like vague targets.  The current framework for 15 years replaces the 10 year long Hyogo Framework for Action. The Sendai Framework aims to lower the global mortality rate from disasters between 2020 and 2030, compared with 2005 to 2015, and reduce the proportion of people affected.

Floods in 4 states lead to economic loss of Rs 19,000 crore in past one year

Disasters and the related devastations have increased in the last decade despite of the existence of the Hyogo Framework, the current Framework recognises.  During 2005-2015 alone, over 700,000 people lost their lives. More than 1.4 million people were injured and approximately 23 million became homeless due to disasters.

The world’s worry about disasters, more so due to climate change, has aggravated manifold as more than 1.5 billion people were affected by disasters in various ways during the last decade. Women, children and people in vulnerable situations were disproportionately affected. The total economic loss was more than $1.3 trillion. In addition, between 2008 and 2012, 144 million people were displaced by disasters.

Disasters induced by climate change have in fact increased in frequency and intensity.  While there are more noises around large-scale disasters among planners globally, the conference rightly points out that recurring small-scale disasters and slow-onset disasters particularly affect communities, households and small- and medium-sized enterprises.  In fact, these sections of people face a high percentage of losses.

While all countries face mortality and economic losses from disasters, in the case of developing countries these are disproportionately higher.  In fact, poor countries face increased levels of possible hidden costs and challenges to meet financial and other obligations.  And, as we know, they are the least prepared to handle the challenges.  Take for example India that faces huge losses due to climate change-induced disasters, so much so that the expenses on adaptation increased from 2.6 per cent in 2012 to 6 per cent of the country’s GDP in 2014. And the country is even not able to assess the real (covering all areas and all intensities) losses and damages due to climate change properly.

Just take the water crisis faced by the nation, most of which is due to climate change—global and local (growth induced)—and you would realise the vastness of the problem that the country faces now. Eight of the 10 warmest years in the country’s history fell in the last decade; and almost 54 per cent of the country’s geographical areas face high to extremely high water stress.  Things are getting worse and we have not been able to cope with such disastrous situations.

The Sendai Framework recognises that the goals of sustainable development are being outsmarted by the gaps in progress and achievement agenda such as the Millennium Development Goals and have tried to give a perspective to overcome all these so as to contribute meaningfully and substantially to the new era December climate negotiations in Paris, however, the broadness of the goals without specific time plan and targets disappoint us.

It recognizes the need to develop an action-oriented framework that Governments and relevant stakeholders can implement in a supportive and complementary manner that can help to identify disaster risks to be managed and guides investment to improve resilience.  It also recognizes some vital factors that are contributing to the disasters and rightly mentions about the role of unsustainable urbanisation.

However, it completely fails to discuss the way we produce our energy and the impacts there from. Fossil fuel, especially coal, continues to be the major source of our energy.  The GDP growth oriented economy, that most of the climate change vulnerable countries such as India are following in fact not only contribute to global greenhouse gas emissions and disasters but also increase lot of local woes that club the impacts and devastate the poor the most.

The commitments for the Sendai Framework are voluntary but unless the signing countries adhere to green growth models, most of the goals would remain to be addressed in the same light even after 15 years.  A new framework may then be developed but the gaps in implementation and disasters would have grown.